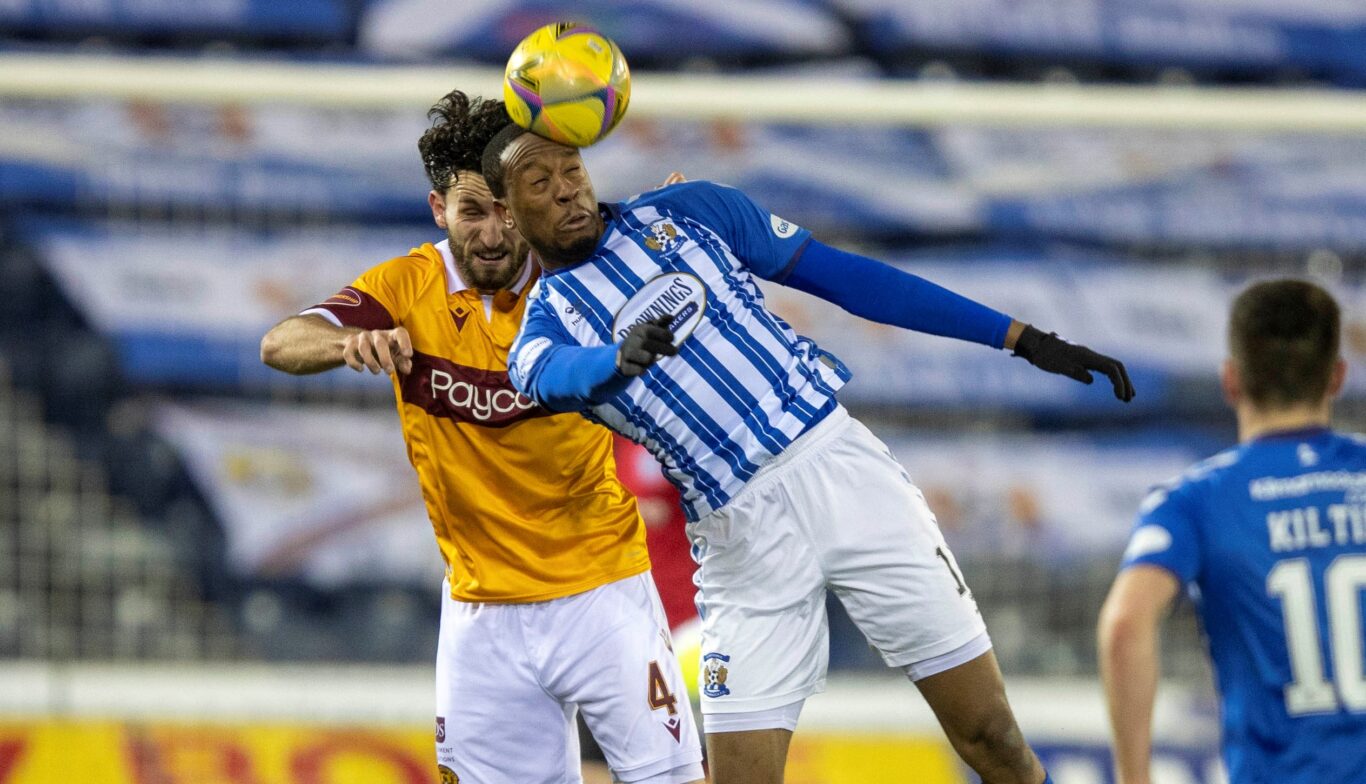 Killie went down to a 1-0 home defeat to a resolute Motherwell side despite an encouraging disaply on Tommy Wright’s debut as manager.

The home side controlled large parts of the match but were unable to make it truly count as Allan Campbell’s 70th-minute winner was the difference between the sides.

The new Killie boss made four changes to the side which went down to St Mirren at the weekend with Aaron McGowan, Clevid Dikamona, Chris Burke and Nicke Kabamba returning to the starting XI with Zeno Ibsen Rossi, Brandon Pierrick, Aaron Tshibola and Danny Whitehall named as substitutes.

Wright watched on from the directors’ box in the first period as Killie looked composed and organised, moving the ball around crisply and whipping crosses into the penalty area.

Greg Kiltie and Chris Burke were showing some neat touches on the ball as they tried to spark our attack into life while at the other end, Devante Cole fluffed his lines when presented with the visitors’ best chance of the first 45′.

Colin Doyle had to be alert in the home goal early in the second half to deny Cole with a diving save while Alan Power and Rory McKenzie whipped tempting balls across the face of goal.

The only goal came on 70 minutes as Motherwell took a quick throw in and Watt played in Campbell, whose shot bounced in off the crossbar.

One late chance came to Nicke Kabamba but the attacker’s header took a touch and went into the arms of Liam Kelly as Motherwell dug in to take all three points.