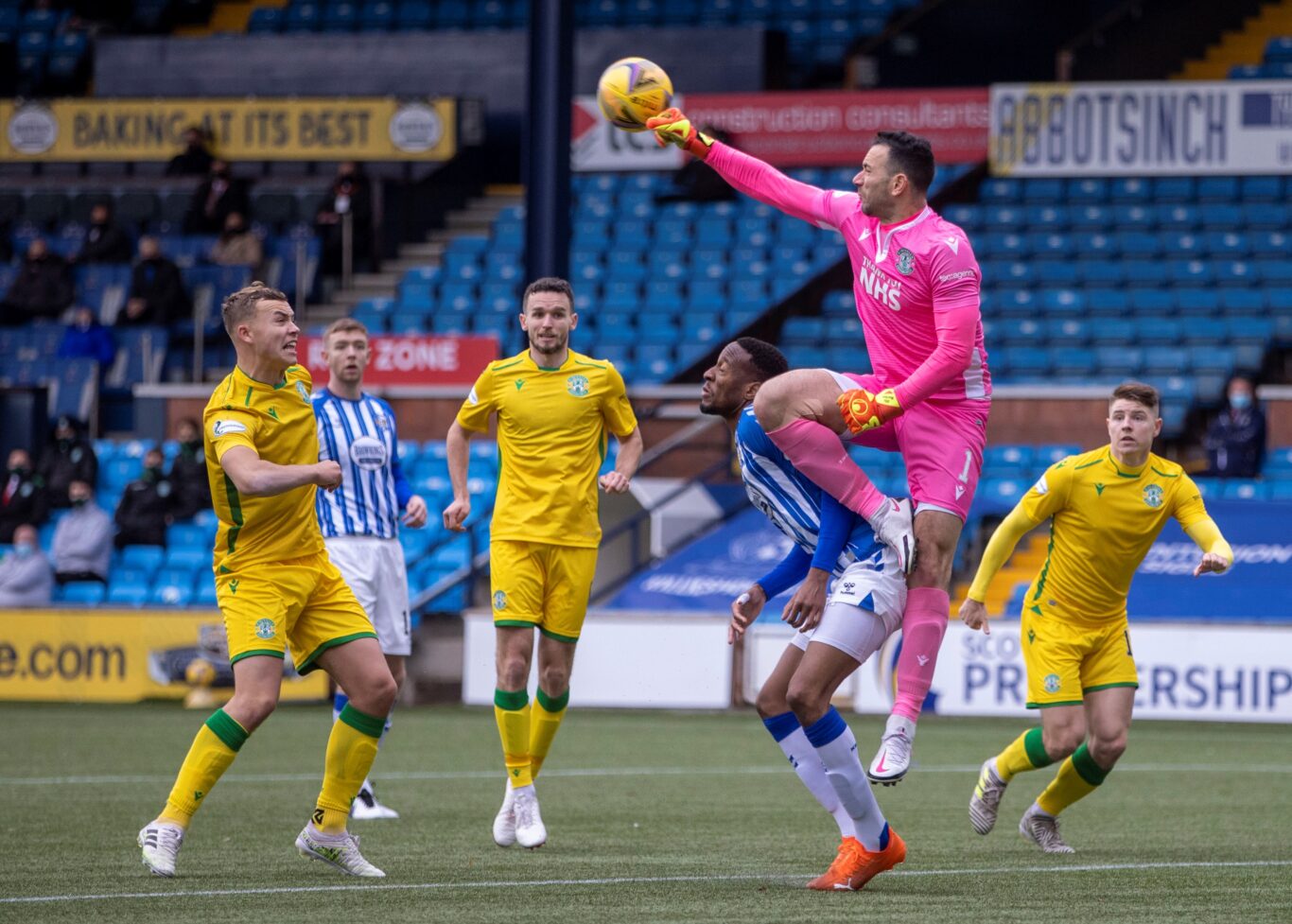 Clevid Dikamona suffered what looked like a horrible injury as a controversial Kevin Nisbet penalty gave Hibernian all three points in Ayrshire.

Alex  Dyer kept faith with the XI who had triumphed under tough circumstances against Livingston for this clash and Killie started well, moving the ball with pace from the start.

Clevid Dikamona remained at the heart of the defence and he started the game strongly with a wonderful slide tackle on the left as he looked to continue his fine form.

However on 27 minutes, the former Hearts centre back was judged to have brought down Christian Doidge for a Hibs penalty with replays suggesting that any contact happened outside the box and any touch was minimal.

Nevertheless, Kevin Nisbet stepped up to fire past Danny Rogers from 12 yards to hand Jack Ross’ men the advantage.

Looking to return to third place, Hibs showed their confidence but Killie were giving as good as they got with Greg Kiltie seeing an effort cleared off the line as we pushed for an equaliser.

Alan Power went into the book for a crude foul on Martin Boyle but the bite of the Irishman and his fellow countryman Gary Dicker gave Killie a real platform to build on alongside the passing ability of Aaron Tshibola.

While frustrated with the stop-start nature of this scrappy contest, Chris Burke continued to try and give the hosts an attacking outlet at every opportunity.

Eamonn Brophy and Mitch Pinnock were introduced into the action with 20 minutes to go and the English winger created one fine chance, which Findlay was unable to direct on target.

Stevie Mallan came close to adding a second for Hibs on the break while the capital club defended well to keep Killie at bay.

Yossouf Mulumbu’s welcome return to action didn’t prove to be decisive either as Killie were made to rue a big decision which went against them.