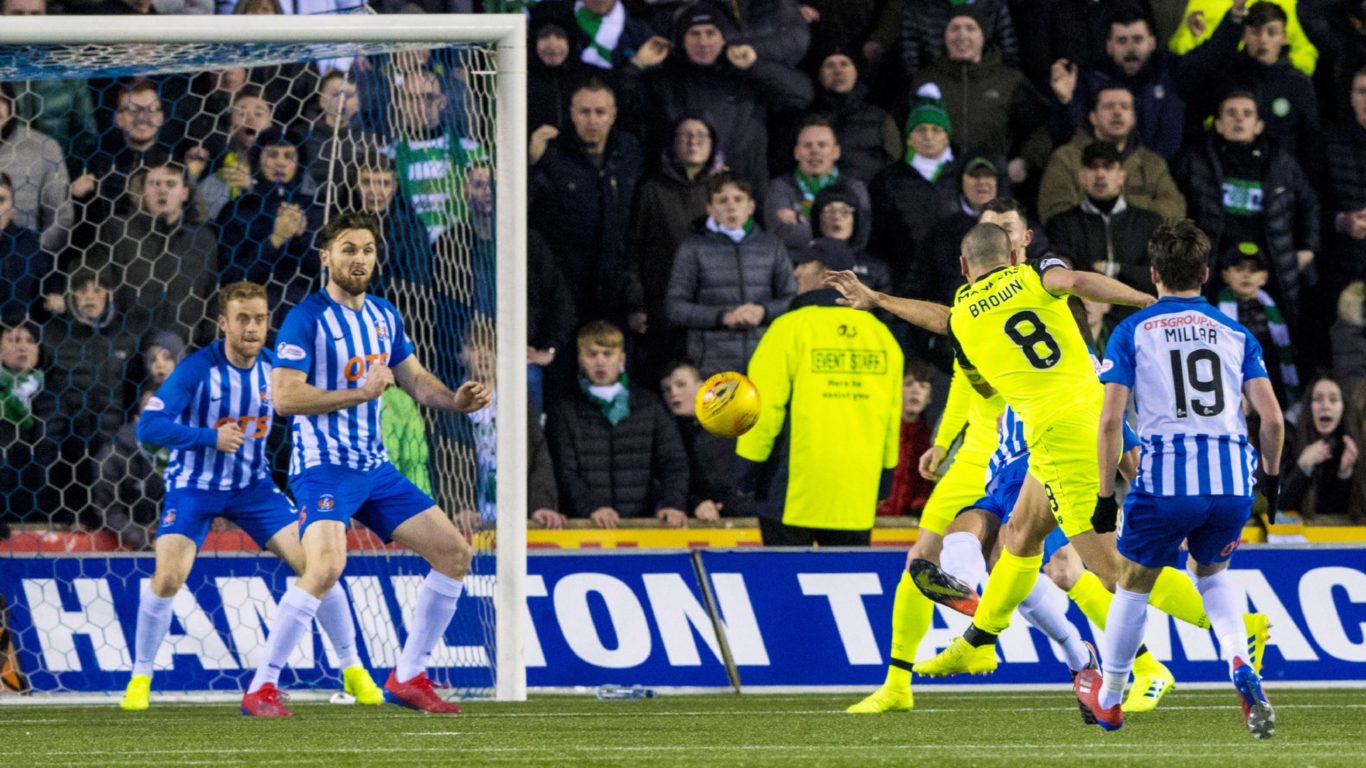 Steve Clarke’s side went toe-to-toe with the league leaders and reigning champions for much of the contest only to be undone at the death after Kirk Broadfoot had seen red with 15 minutes remaining.

Dan Bachmann had to be alert in the opening ten minutes, twice denying Odsonne Edouard with two good saves as Brendan Rodgers’ men started with intent.

But with Eamonn Brophy returning to play alongside Conor McAleny for the first time, Killie grew into the game and matched their opponents throughout.

Two strikes from Brophy went close while Jordan Jones got some joy down the left flank as Celtic’s possession didn’t translate into dominance.

Killie so very nearly took the lead on the hour mark, Conor McAleny muscled his way past his marker to unleash a ferocious shot past Bain – only to see it chopped off for offside due to hand-ball in the build-up.

The away side were equally as luckless in front of goal, Ryan Christie seeing his 71st minute free-kick sailing way wide of target from 25-yards,

Moments later, Killie were down ten men – Kirk Broadfoot having been shown a straight-red for a high tackle on Scott Brown in the middle of the park.

Alex Bruce was drafted in to fill the breach, with Brophy subbed to accommodate him.

By now, Celtic threw everything they had forward: Oliver Burke carved his way into the box with surgical precision.

He looked certain to score, but the heroic figure of Bachmann dived at his feet to snuff out the attack.

Celtic kept chipping away, and a deflected Scott Brown shot beat Bachmann as we entered the final minutes to give the away side the win.

As visiting fans spilled onto the field Brown, who had already been booked for a crude tackle on Greg Taylor, was given his marching orders for his celebration.

Killie tried in vain in the final moments to produce an equaliser but it was not to be as the final whistle blew with the home players gutted that their effort had not translated into a point.