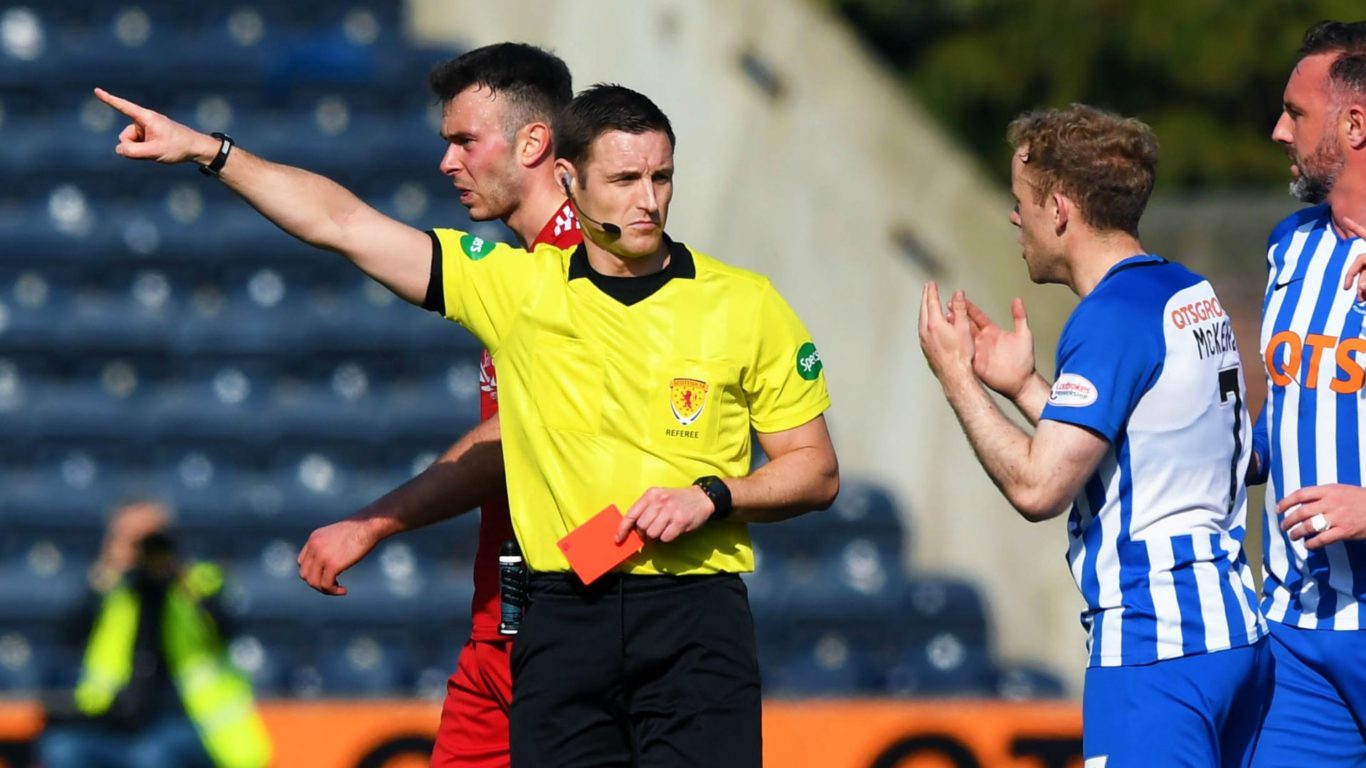 Eight-man Killie were beaten in an incredible opening post-split match after being defeated 0-1 by Aberdeen at Rugby Park.

A tentative opening ten minutes saw few chances for either side, with a Scott McKenna header that flashed wide of Bachmann’s post being the only notable bit of action.

It took a fine bit of control from Eamonn Brophy on 19 minutes to get the ball down and force a first save from Joe Lewis at the near post – testing the Aberdeen man from inside the box.

Gary Dicker was then on the receiving end of a nasty elbow from Sam Cosgrove – setting the tone for a feisty end to the first-half.

Tempers began to flare following a string of Aberdeen challenges on Killie players; with things reaching a head on 35 minutes when Kirk Broadfoot was shown a straight red card for challenging the ball that Joe Lewis gathered at a goalmouth scramble in the Aberdeen box.

Killie knew they had a big job ahead of them in the second 45, with Aberdeen subbing Cosgrove for James Wilson as the game resumed.

The opening exchanges again proved to be a dour showing with little quality, tireless pressing from the front three bearing no fruit for Killie in attack.

Stevie May skied a free-kick over the bar from outside the box, the striker soon followed up with a close-range effort that Bachmann saved.

The only goal of the game arrived on 66 minutes, as McKenna leapt high at a Graeme Shinnie corner to head the ball into the bottom-right corner.

Stephen O’Donnell went close to bagging the equaliser on 71 minutes, seeing his effort denied by a last-gasp block from the Dons defender.

Killie were reduced to nine-men on 83 minutes with Findlay picking up a second yellow after tackling Shinnie whilst trying to win back the ball.

With four minutes of added time, Aberdeen held on to secure the points with the post-match talking points sure to be on the red cards.