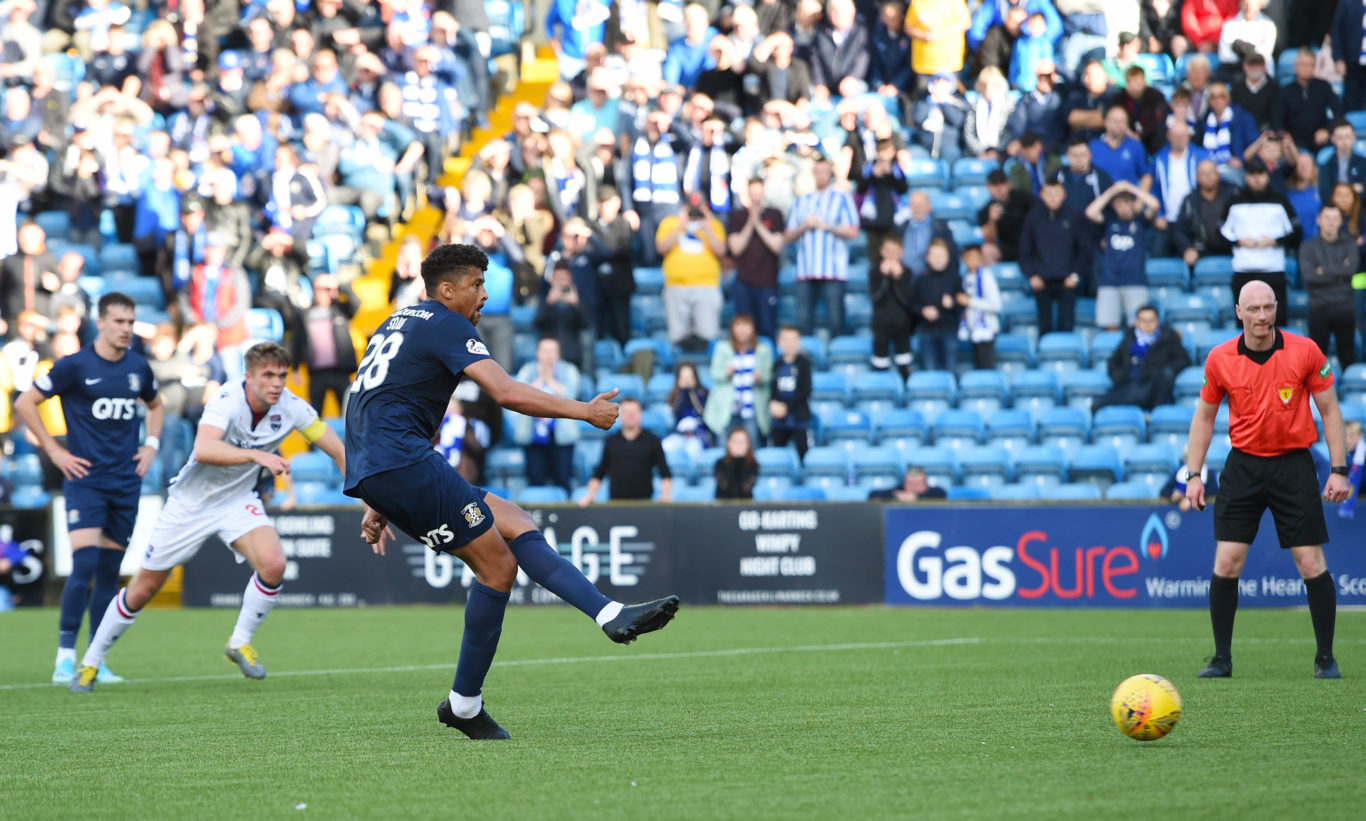 Kilmarnock brought the curtain down on a manic week after being held to a goalless draw by Ross County at Rugby Park.

A Rory McKenzie thunderbolt that clipped the post, and a saved second-half Osman Sow penalty left Killie frustrated ahead of next week’s trip to Tynecastle.

Angelo rung the changes following the midweek cup exit to Hibs, with birthday boy Alex Bruce drafted in in place of Dario Del Fabro – whilst an injured Eamonn Brophy dropped out in place of Osman Sow.

Overcoming an initial rusty start that saw chances fall to Billy Mckay and Michael Gardyne, Killie quickly pulled themselves off the canvas, hitting back through well-worked moves down the flanks.

Osman Sow was the architect of several moves, using tidy footwork and impressive vision to open up space – 21 minutes in and he let off a meaty strike at Laidlaw that was saved.

A fine move sparked by Sow saw McKenzie strike the post with a thunderous strike in what was Killie’s best chance of the first-half.

Into the second 45 and it was very nearly a birthday to remember for Alex Bruce, heading home from close-range after Sow has flicked the ball onwards – Laidlaw was there again though to keep the scoresheet blank.

63 minutes in, and a golden opportunity presented itself: Liam Millar was chopped down by Marcus Fraser as he broke on goal – with the ref pointing straight to the spot. The big Swede stepped up, but his effort was stopped by Laidlaw.

Stephen O’Donnell whipped a fine cross towards the County goal that just missed Sow at the back post as Rugby Park howled in frustration.

It ultimately proved to be the story of the game, and there was to be no further action,  Killie forced to settle for a point.