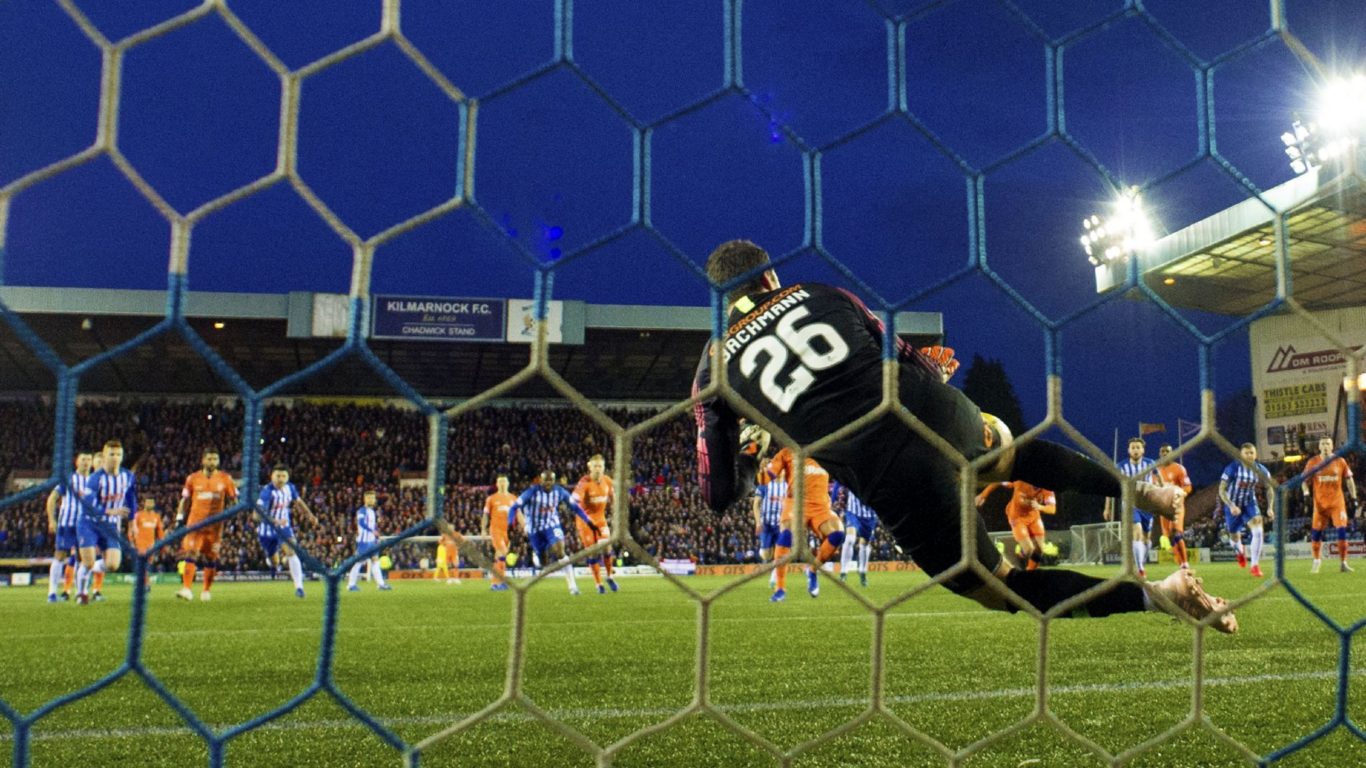 Kilmarnock 0-0 Rangers: All to play for in replay

Kilmarnock will face Rangers in a Scottish Cup replay at Ibrox after a 0-0 stalemate at Rugby Park.

With just two minutes on the watch, Conor McAleny showed quick thinking to pinch the ball from the feet of the Rangers defence – scrambling quickly to fire the first shot of the match over the crossbar. The 13th minute saw the away side claim a penalty, Kirk Broadfoot was judged to have handled the ball inside the box after a Ryan Kent shot.

Dan Bachmann proved to be cool as ice, diving superbly to push away the resulting spot-kick. Killie came agonisingly close to taking the lead on the half-hour mark, but a furious goalmouth scramble following a Burke corner saw Rangers frantically clear the ball. Both sides were seeing plenty of the ball, but a lack of cutting edge in the first-half proved to be detrimental for Kilmarnock and the visitors.

The second-half began with the forced change of Alan Power for Kris Boyd after the Killie ace was caught in a clash of heads with Rangers’ Ross McCrorie shortly after play resumed. Rangers chipped away; a thumping Joe Worrall header whizzed past the post on 73 minutes.

Jermain Defoe capitalised on a Mulumbu error in the middle of the park, slicing into the box after being played in but he ultimately turned the ball wide of the post. With five minutes of added time flashing up on the board, the pressure was on. Steven Davis tried his luck from 25-yards, but his effort was well wide.

The replay will take place on 20th February.