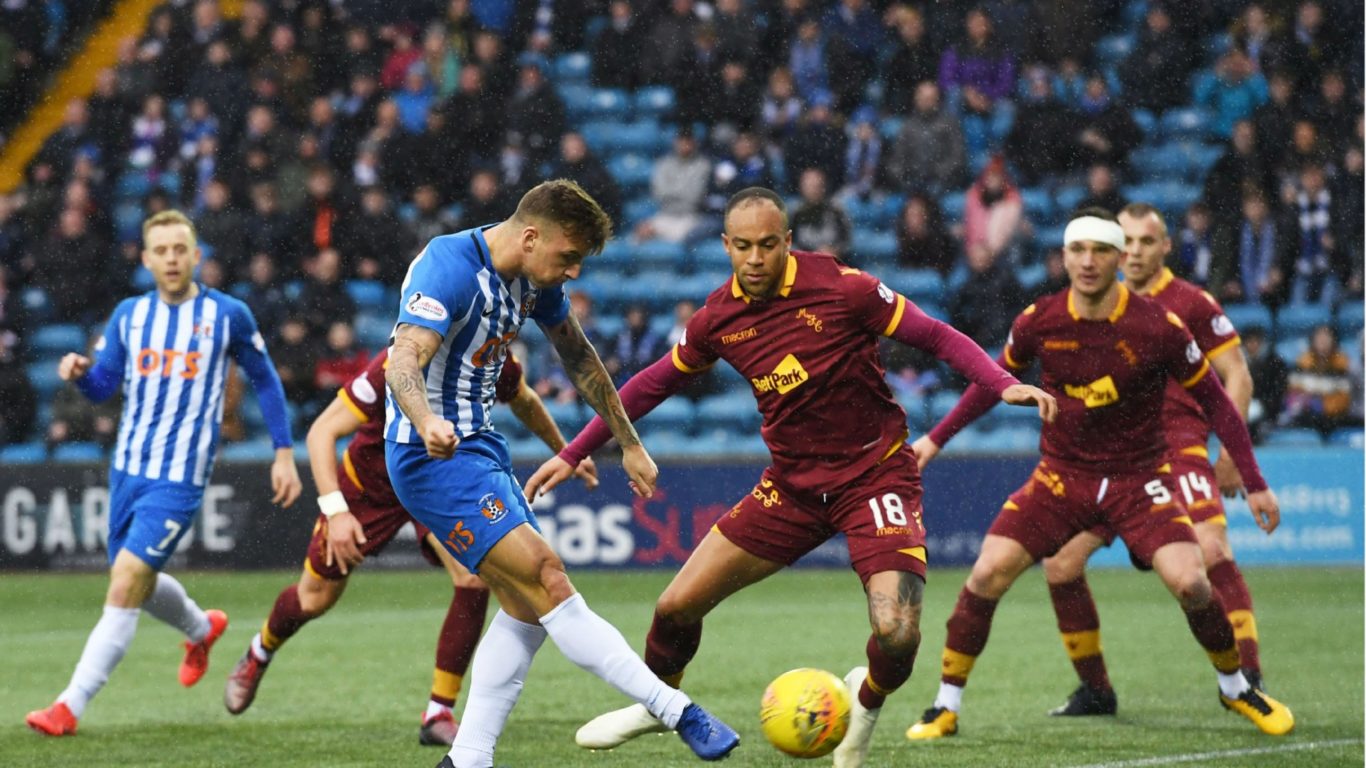 Killie had to share the points with Motherwell after the rearranged clash ended in a 0-0 draw at Rugby Park, writes Neil Hobson.

Despite a smattering of chances throughout the game, neither team were able to find a way past the keepers.

The point keeps Kilmarnock within touching distance of the top three, with away trips to St Mirren and Rangers to come.

Steve Clarke made two changes to the side that started Wednesday’s original clash as Rory McKenzie and Aaron Tshibola returned to the Killie XI in place of Eamonn Brophy and Jordan Jones.

It took just minutes for the game to explode into action, some fine teamwork from Power and McKenzie to recover the ball saw Conor McAleny sent through on goal. Bearing down, the striker tried his luck from inside the box but saw his shot go wide of Mark Gillespie’s post.

Jake Hastie was the architect of Motherwell’s first attack of the game, tearing off at blistering pace down the right before testing Bachmann with a strong effort that was promptly parried to safety.

One of the visitors’ strengths lay in their ability to strangle attacks as Killie edged towards Motherwell’s box, so it took a moment of fine footwork on 28 minutes from Chris Burke to dodge his markers and let off a curling effort that zoomed just wide.

The first-half proved to be reminiscent of Wednesday night, with very little between the two sides as they battled for control.

Killie had a golden opportunity to go ahead on 66 minutes after Aaron Tshibola coolly collected the ball inside the box, whipping it across the face of goal to the feet of the lurking McKenzie.

The wide man got a foot to it and saw his effort smack off the crossbar, a corner soon followed with Kirk Broadfoot having a header collected by Gillespie.

Energised by this flurry of chances, Eamonn Brophy entered the game and nearly made an immediate impact. Burke did well to beat Richard Tait and send the ball to the waiting Brophy at the near post, who turned and fired the ball at Gillespie who had to react fast to push the ball away.

This proved to be another competitive encounter, but neither side really seemed to have that cutting edge on the day, with Kilmarnock and Motherwell walking away with a point at the final whistle.