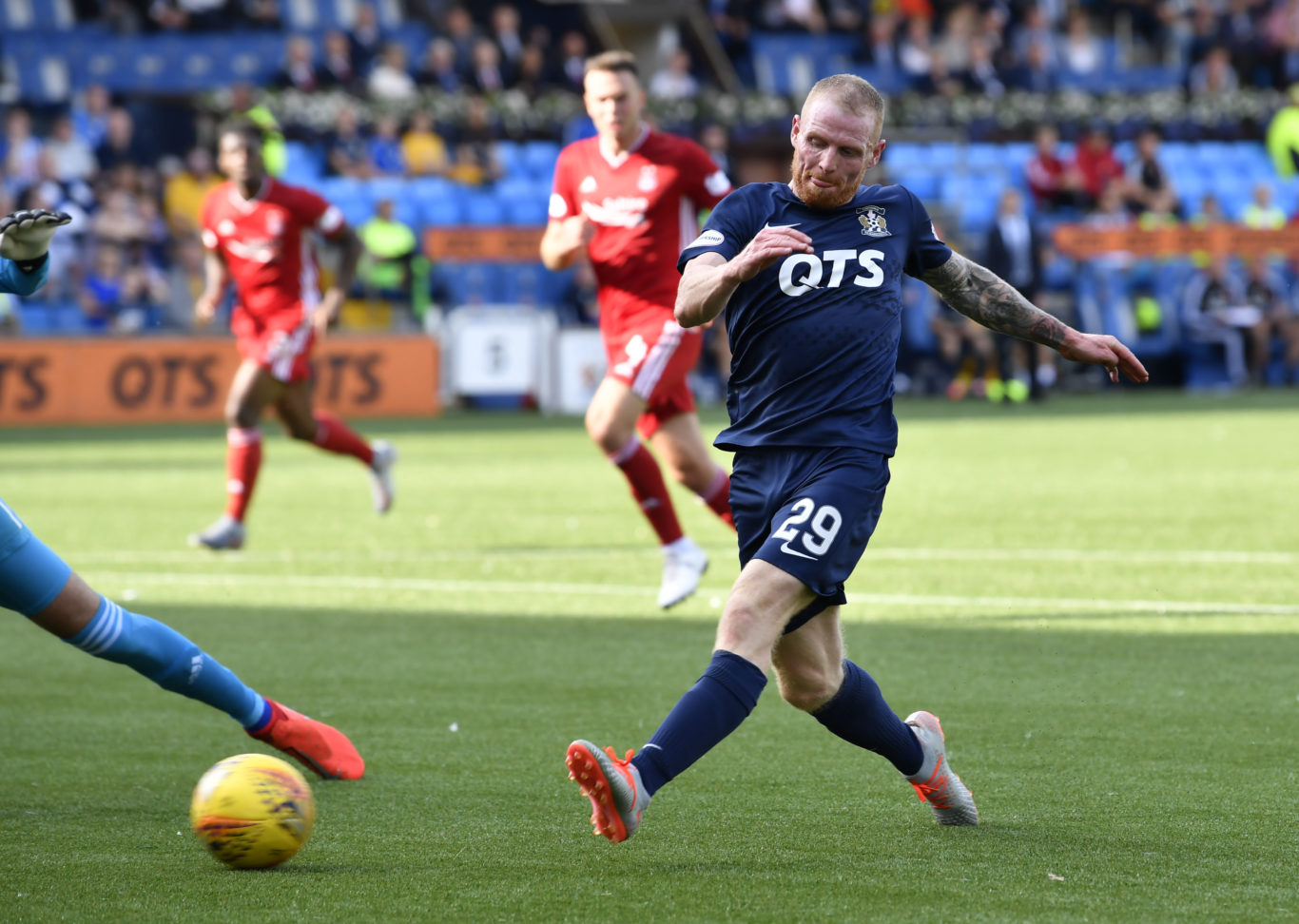 Killie secured their first point of 2019-20, after being held to stalemate by Aberdeen at Rugby Park.

On a warm day in Ayrshire, neither side had the cutting edge to make a breakthrough on the day.

Aberdeen had the first chance of the game, Lary Branescu producing a strong save on 12 minutes, diving well to clamp onto a powerful James Wilson strike from 25-yards.

Liam Millar was the architect of several moves down the left, breaking on 31 minutes with a perfectly timed run, but Eamonn Brophy couldn’t quite connect with the ball as it was played into the middle.

Both Killie and Aberdeen were forced into early substitutions as Kirk Broadfoot and Scott McKenna exited the game respectively, with Broadfoot replaced by Alex Bruce – making his second appearance of the season.

It was very nearly a debut to remember for Niko Hamalainen, the Fin showing fine footwork to evade his marker and let off a tasty shot at goal.

Into the second-half and the game continued in the same drab manner; two teams that could certainly move the ball well – but just couldn’t do anything meaningful with it.

The best chance came on 69 minutes when it looked as though Chris Burke was going to stab the ball home from close range, rounding Joe Lewis , but he wasn’t quite able to prod the ball home.

In truth, as the ball batted back and forth as the two teams grappled for control of proceedings, this was a match that looked as though It had 0-0 written all over it.

That prediction proved to be the case, and despite having three minutes of added time as things came to a close – there was to be no late drama as there was against Hamilton.

Ending goalless, Killie now turn their attention to Tayside, where we square off against St Johnstone at McDiarmid Park next week.