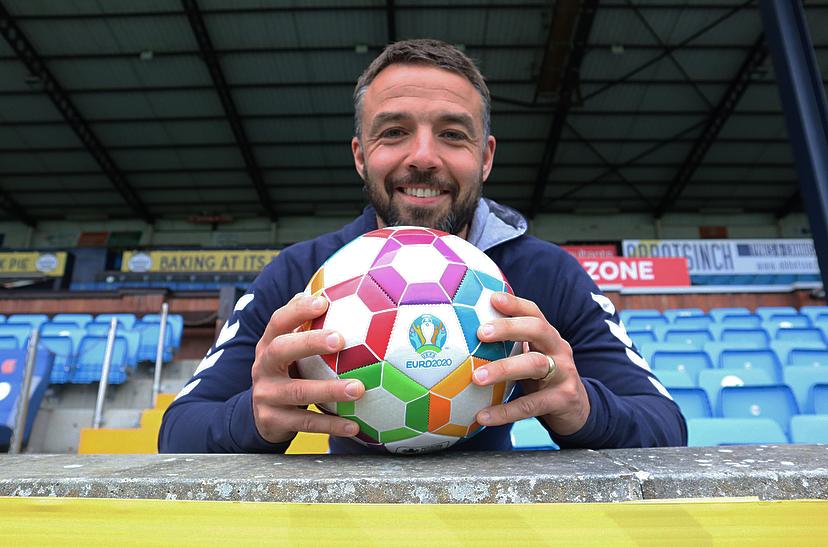 As the country prepares for football fever as the European Championships kick off, Killie will be represented at the competition as Scotland end their 23-year major tournament drought.

Kitman Kevin McNeill will be part of Steve Clarke’s Scotland party as the nation takes on Czech Republic, England and Croatia in Group D as the continent’s best sides go head-to-head.

He told the club’s website: “I feel very, very lucky and it’s incredible to be asked to go. I was fortunate when I was helping out with the U19s and U21s and then for David [Gibson, Scotland National Team Kit Manager] to ask me to work with the A Squad is a dream come true.

Kevin, a familiar face on the Killie bench, got a taste of the euphoria as he helped out for the Euro 2020 play-off win over Serbia on penalty kicks.

“It was amazing but it was so nerve wracking because of what was at stake. Just to be there was so emotional because it has been so long for the country to qualify. To witness it was fantastic and it’s a moment which will live with me forever.”

As well as a reunion with former Rugby Park boss Steve Clarke, working with the team also gives Kevin the chance to link up with former Killie stars Greg Taylor and Stephen O’Donnell who have been selected in the 26-man party.

He added: “That moment in Serbia, Steve was there as were SOD and Greg and we all embraced each other at various points during the celebrations and it was amazing with the Killie connection and now we’re part of such a great moment.

“It’s great to see them because it’s always nice to see some familiar faces.”

Everyone at the club is extremely proud of Kevin’s association with the national team and like the rest of the nation, we’ll be getting right behind Steve and the team for the tournament.

As well as the team, we’re supporting the Ayrshire Hospice’s Dare to Dream campaign during the tournament.

They are putting together party packs to help you enoy the matches across the 31-day tournament with the money raised going towards supporting the hospice.