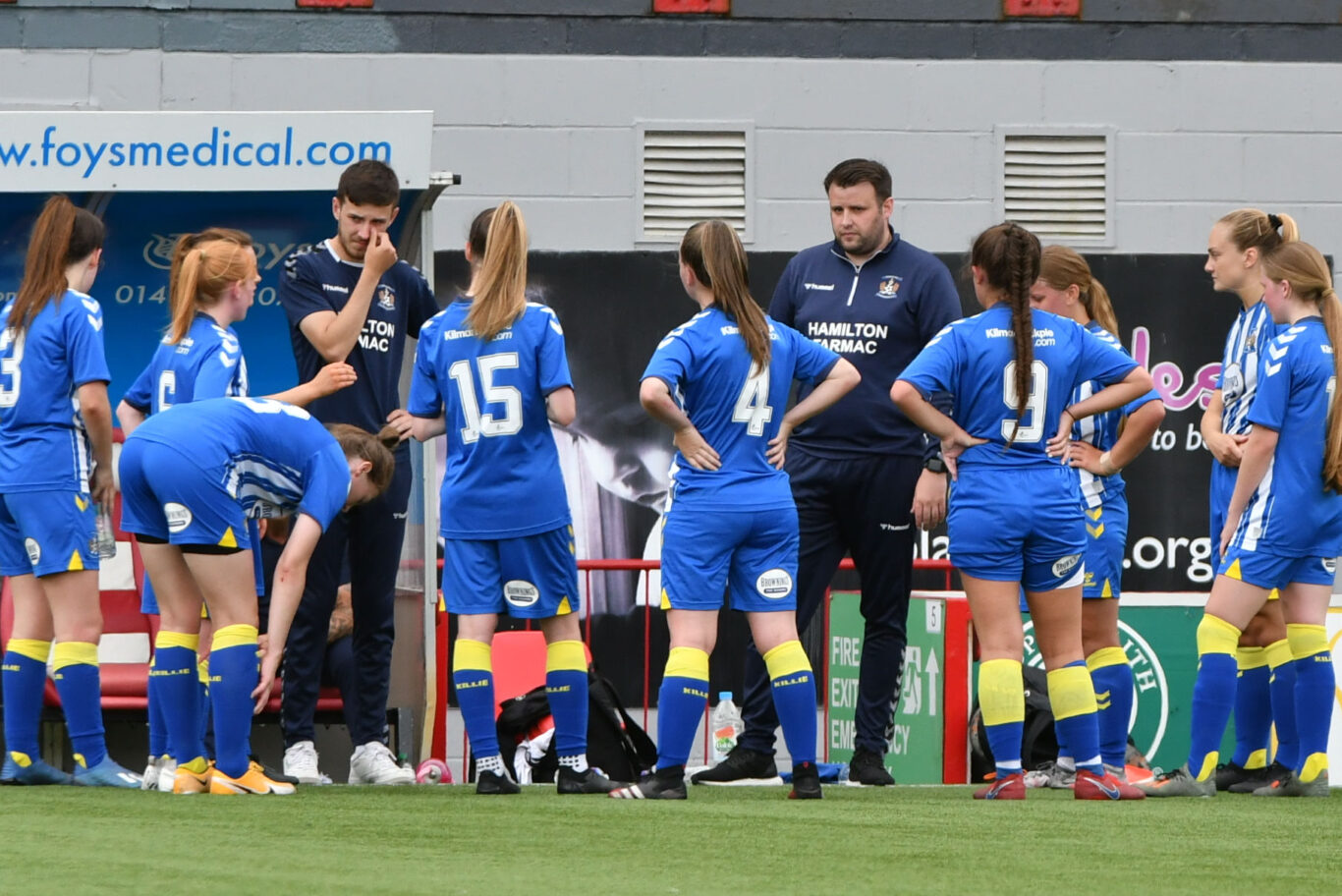 Killie Women saw their season come to a close with a 3-0 away defeat to Hamilton, who clinched promotion to SWPL 1.

The hosts took the lead after four minutes as Josephine Giard reacted quickly to a deflected shot to score with Killie going closest through efforts from Abby Robinson.

Andy Gardner’s team have enjoyed many positive results since the league restarted and they came out the blocks in the second half but couldn’t get the goal that their play deserved.

Instead it was Hamilton who doubled their advantage as Giard latched onto a long pass to score after 56 minutes.

And they added a third just after the hour mark through Georgie McTear as Hamilton secured their place in next season’s top flight.

The result means Killie end the campaign in sixth place but with plenty of reasons for optimism heading into next term.