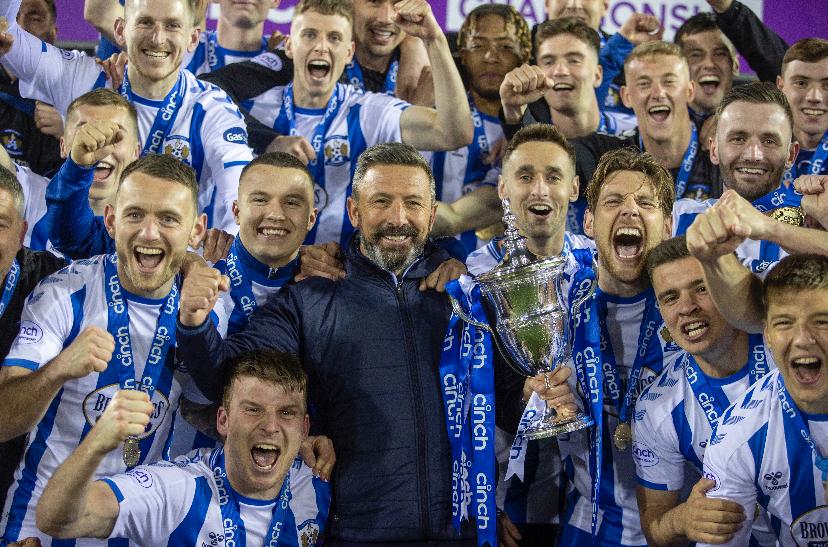 Kilmarnock have been crowned cinch Championship winners after beating Arbroath 2-1 at Rugby Park.

Derek McInnes’ men went into the penultimate match of the season ahead of the Red Lichties and knowing that victory would secure the title.

And in front of a bumper Rugby Park crowd, the boys in Blue and White did it in the most dramatic fashion as Ash Taylor and Blair Alston scored late on to secure a 2-1 victory.

James Craigen stunned the bumper Rugby Park crowd but the home fans stuck with the team and helped to inspire a comeback for the ages.

After several Derek Gaston saves, Ash Taylor forced the ball home from a corner to swing the momentum in Killie’s favour.

And the title was delivered as Alston stayed calm to sweep the ball home in the final minutes to spark the wildest Rugby Park celebrations for many a year.