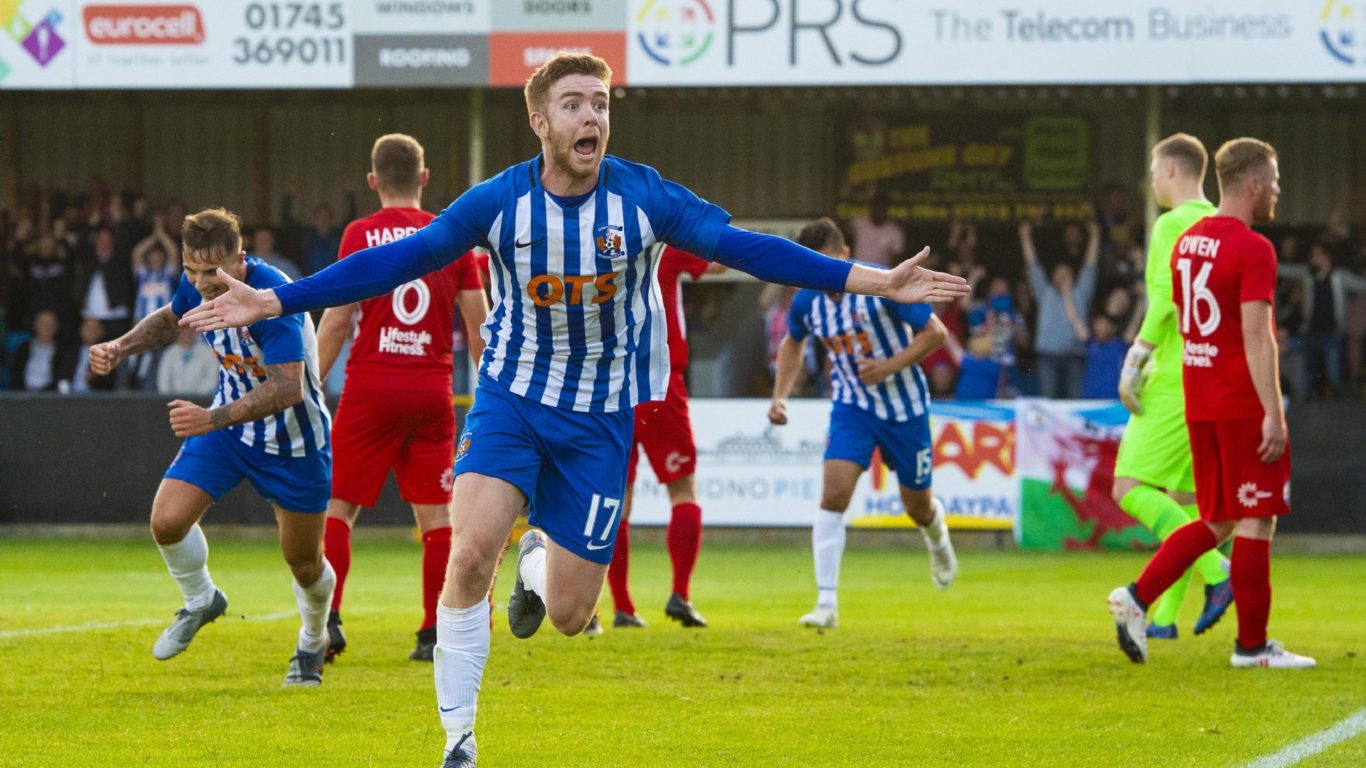 Kilmarnock marked their return to European football for the first time in 18 years with a dramatic last-gasp 2-1 win over Connah’s Quay Nomads at the Belle Vue Stadium.

The Angelo Alessio era got off to a flying start in North Wales, with an Eamonn Brophy penalty and a late Stuart Findlay header cancelling out an unfortunate Greg Taylor own-goal.

The first half saw Killie enjoy the lion’s share of possession, with the forward line of Burke, Brophy and Thomas looking sharp as they probed for our first European goal since Craig Dargo’s strike against Viking in 2001. A feature of the first-half was Nomad’s physical approach to proceedings, with left-back Callum Roberts going into referee Erik Lambrecht’s book on 20 minutes for a crunching tackle on Greg Taylor.

Both sides needed something in the second 45, neither team producing much in the attacking side of things. Nomads ‘keeper Lewis Brass produced a phenomenal reaction save on 58 minutes to deny a close-range Brophy chance.

Killie were made to pay for their lack of action in front of goal, going behind on 76 minutes after Greg Taylor prodded the ball beyond his own ‘keeper after misjudging a low-ball into the box.

Then came an opportunity to put things right: a Roberts foul on Burke in the area saw a penalty awarded. Our new number nine, Eamonn Brophy, was the man who stepped up to the spot, tucking the ball past Brass to even things up.

With just seconds left, Killie fans erupted in Belle Vue when Stuart Findlay put a sweet Burke corner into the back of the net with a thumping header, with the ref bringing proceedings to a close just moments later,