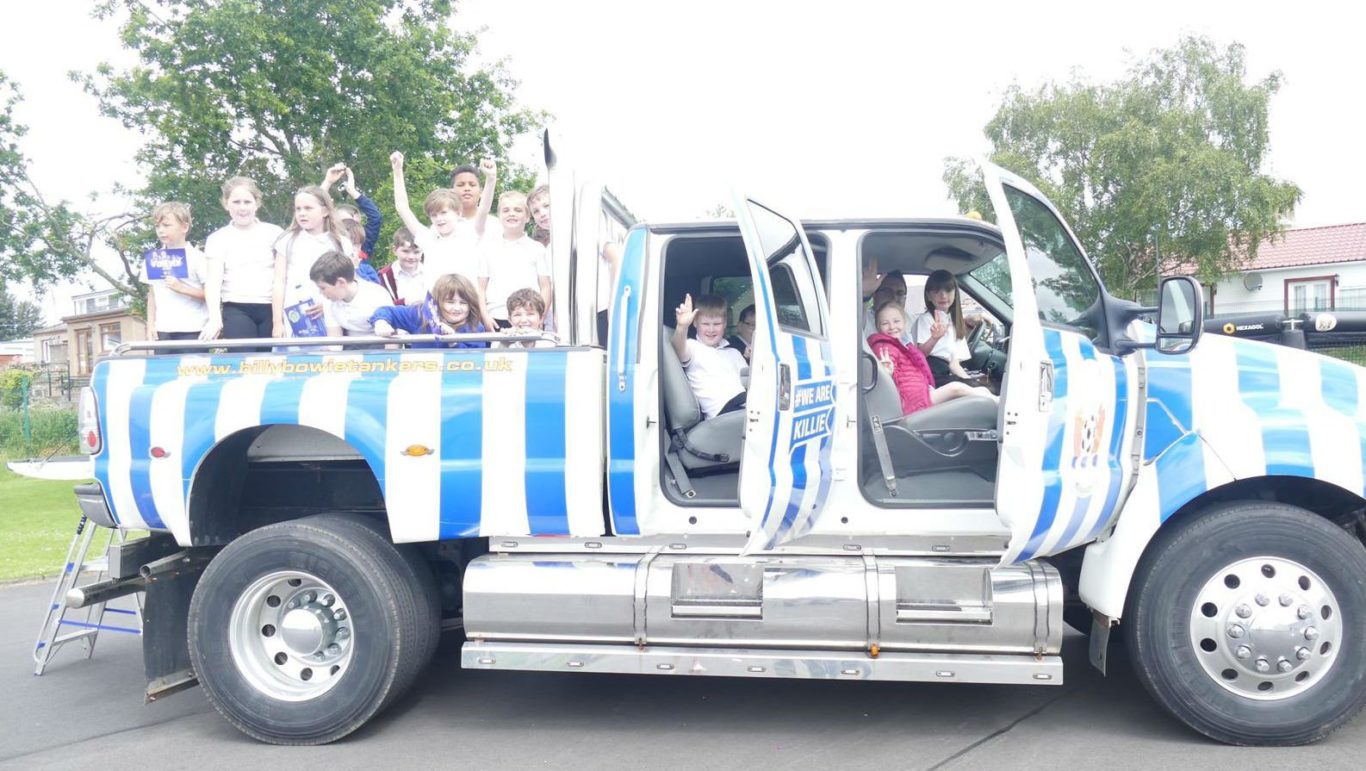 Our Community team hopped into Billy Bowie’s Super Killie Monster Truck to pay a visit to pupils at Sanquhar Primary this week.

Joined by stadium announcer and Killie TV commentator Gavin Wallace, the team made the trip as a reward to the kids who helped roar on the team during our amazing 2018/19 season.

After a message from teacher Alex Douglas, it transpired that the school had bought some season tickets to cheer on the boys in blue and white and gave tickets to well-behaved pupils.

We were delighted to hear about this fantastic initiative from the school, which sits 36 miles away from Rugby Park and our team were thrilled to allow the kids to take a seat in the truck as well as try out our Hexagol interactive street soccer cage.

Every pupil from pre-school to Primary 7 got a shot in the truck, a blast of the horn and a run in the Hexagol.

Community Support Officer Grant Moore said: “When Gavin got in touch with the KCST about the school’s story, it was an immediate yes from our department.

“We were delighted to be involved and couldn’t wait to see the smiles on the pupils’ faces when the truck and coaches arrived. We look forward to having a continuing partnership with the school and hope to see the kids at Rugby Park cheering the team on this season.”