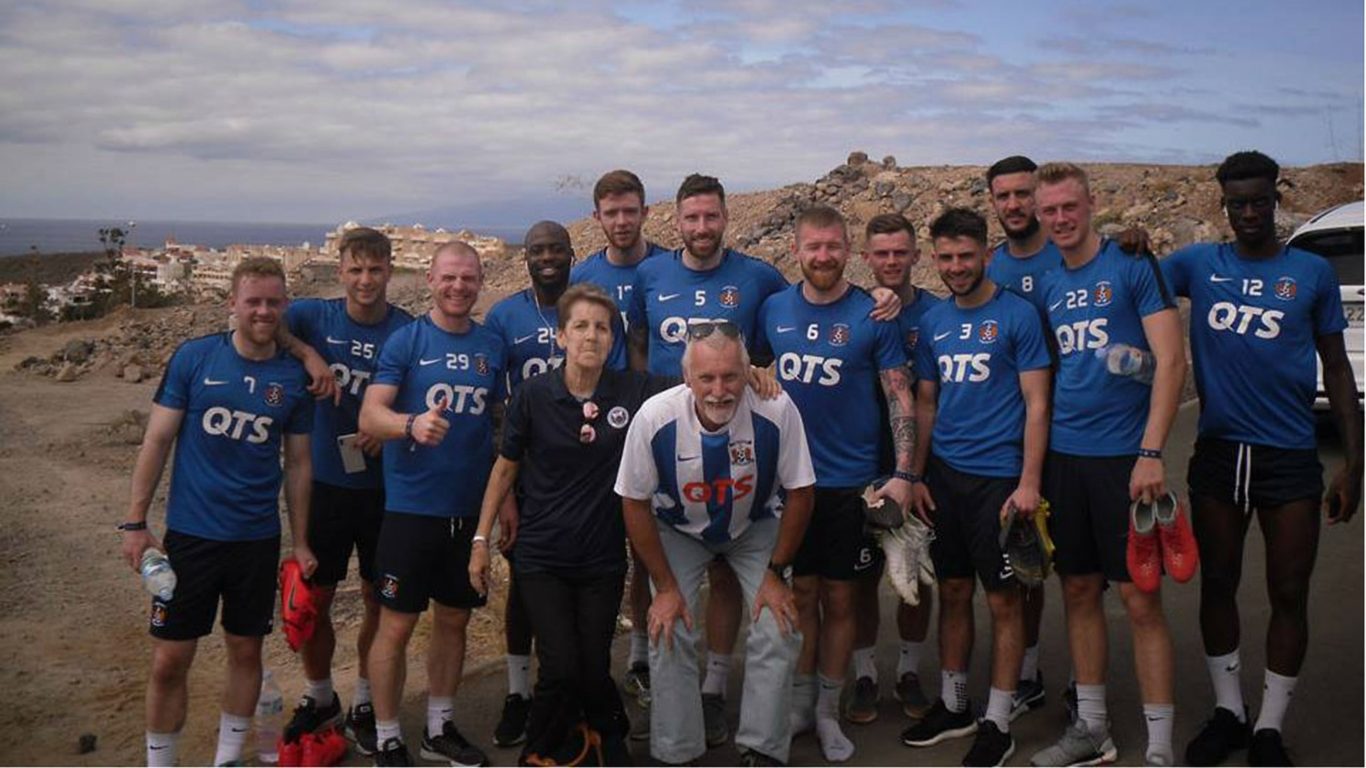 Two Tenerife-based Killie fans enjoyed a day to remember as they met the Killie squad and manager Steve Clarke at their warm weather training base.

Tricia and John McWhirter have lived on the largest of Spain's Canary Islands for the past 15 years but they have never forgotten their Rugby Park roots.

When the husband and wife team heard that Killie were heading to Costa Adeje, they wasted no time in taking advantage of a local holiday by going to see their heroes.

Tricia told the club website: "I've been a Killie fan all my life. My dad and three brothers all followed the club so I had no choice if I wanted to spend time with them on a Saturday.

"We both come from Kilmarnock - I'm from Onthank and John is from Bonnyton and while I was really young when I went to my first match, John thinks his was against Motherwell.

"We don't get back to Kilmarnock too often, the last time was around seven years ago as it is easier for my brothers to come here and visit us."

With the team putting in the hours ahead of their return to action against St Mirren on March 11, Tricia and John got to see the players put through their paces in the sun at La Caleta.

Tricia added: "We struck it lucky and found them at the training ground working hard. We watched the full session and went to where their bus was parked to see if they would stop to chat and have a few pictures taken.

"They could not have been nicer. Everyone spoke to us and Alex Bruce actually took one of the pictures. Steve Clarke came over to speak and get a picture with us and he was a gentleman."