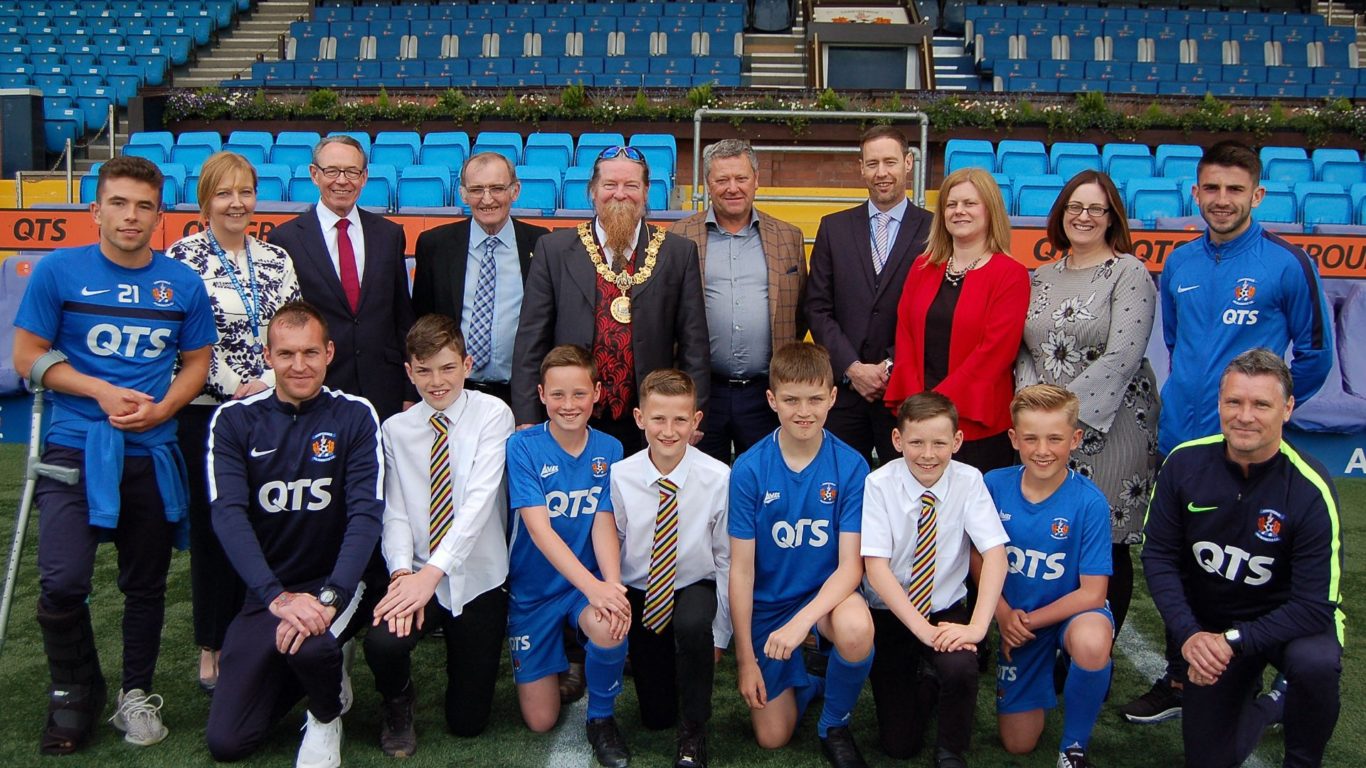 We are delighted to launch the Kilmarnock FC School of Football, a fantastic new initiative between the club’s Youth Academy, Kilmarnock Academy and East Ayrshire Council.

The partnership will see seven Academy kids start their secondary school education at Kilmarnock Academy, undertaking a bespoke timetable which will allow them to incorporate more time working on their football skills.

The programme will allow the boys to learn and train in the same environment, growing together through their academic and athletic journeys.

Killie Academy graduates Greg Taylor and Adam Frizzell were on hand to launch the project and offer advice to the boys as they prepare to start this new, exciting journey.

Academy Director Paul McDonald said: “I’d like to thank David Rose from Kilmarnock Academy and the rest of the team who were involved in the creation of the programme.

“It’s something that only a few other clubs in Scotland do and I’m delighted to say that Kilmarnock can now pave the way in Ayrshire. The seven boys will learn together, train together and form a bond like no other, which will be a massive asset to their training.”

Kilmarnock Academy Head Teacher David Rose added: “We are exceptionally excited about the partnership between two historical institutions in Kilmarnock. Our brand new £45m campus with its all-weather pitch combined with the fantastic facilities here at Rugby Park will give the boys the best chance of fulfilling their passions as accomplished athletes.”

Greg Taylor gave his seal of approval to the project, saying: “This is a really great initiative from the club and the local school.

“I wish we had something like this when I was at secondary school as it is any aspiring footballer’s dream. If the boys work hard, they’ll get good grades and have a real chance of progressing as a professional footballer.

“I wish them all the best and I’ll be here to give them advice when and if they need it.”

Provost Jim Todd added: “I was delighted to come here and officially announce the partnership between Kilmarnock Academy and Kilmarnock FC.

“In my opinion, we’re seeing the best improved football club in Scotland unite with the best council in Scotland to ensure that these young men get the best possible chances we can afford them.