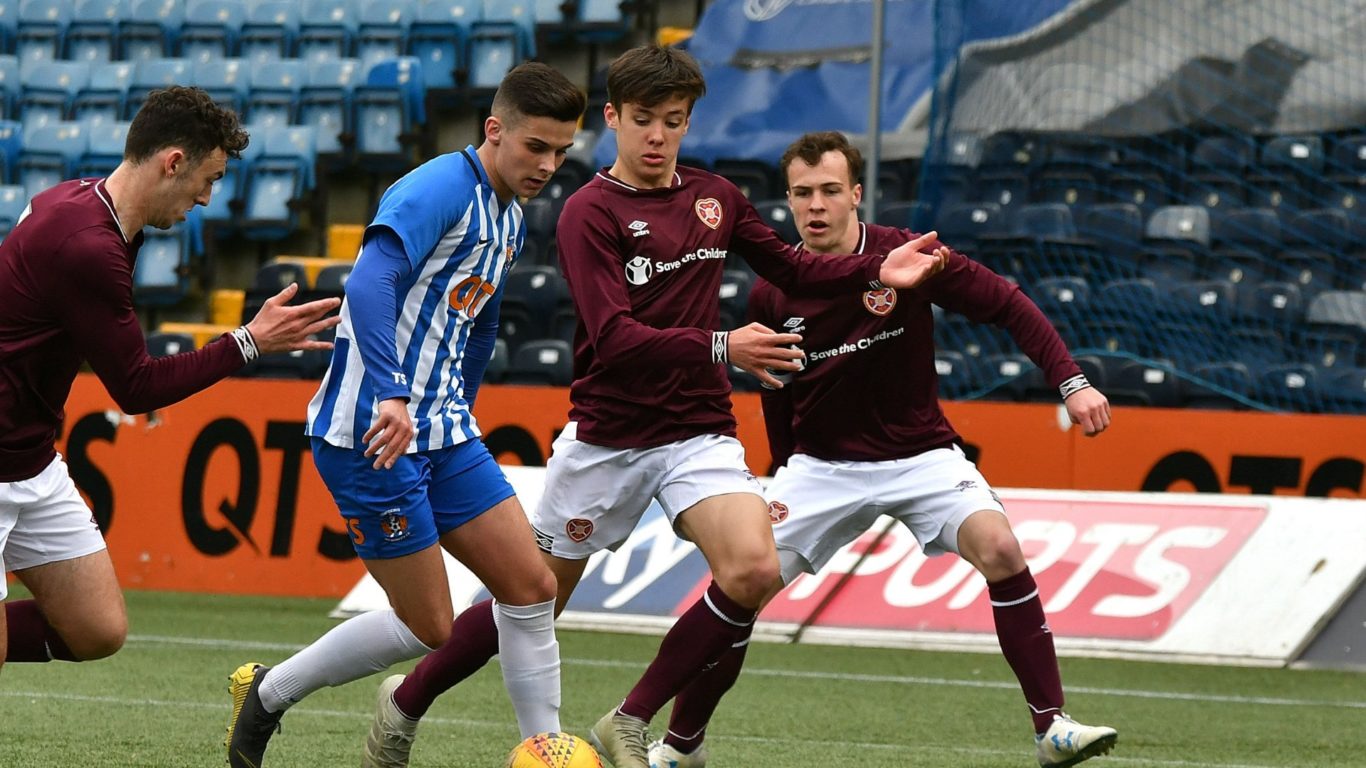 Killie Reserves go down 5-0 at home to Hearts

Killie Reserves lost out 5-0 at home to an experienced Hearts side in the SPFL Reserve League.

In contrast Killie gave some of the club's U18 players a taste of Reserve football with Andy Monk, Euan Deveney and Tomas Brindley all starting the game.

The home side's plans were altered before kick off with Ross Miller replacing Devlin Mackay in goals with the youngster pulling off some good saves over the course of the match.

Andy Kirk's Jam Tarts had beaten Motherwell 2-0 to lift silverware earlier this month and their experience showed over the course of the afternoon with January signing David Vanecek leading the line.

It took 11 minutes for the first goal to arrive as Connor Smith found space to cross at the back post for captain Chris Hamilton to head home the opener.

Hearts doubled their lead from the penalty spot when Calumn Morrison was brought down inside the area and he dusted himself down before scoring from 12 yards. Things got worse for the hosts when Vanecek slid the ball in at the back post following counter attack.

Killie were doing their best to get back into the contest but Andy Monk saw his effort blocked well by Hearts goalkeeper Silva.

It was the Hearts shot stopper who set up the fourth as his pass played Morrison in behind the Killie defence and his finish beat Miller all ends up after 72 minutes.

With the clock counting down, substitute Lewis Moore added a fifth goal before the match ended following a nasty collision between Morrison and Killie keeper Miller. The home goalkeeper wa able to continue but the visiting midfielder was carried off the field on a stretcher.