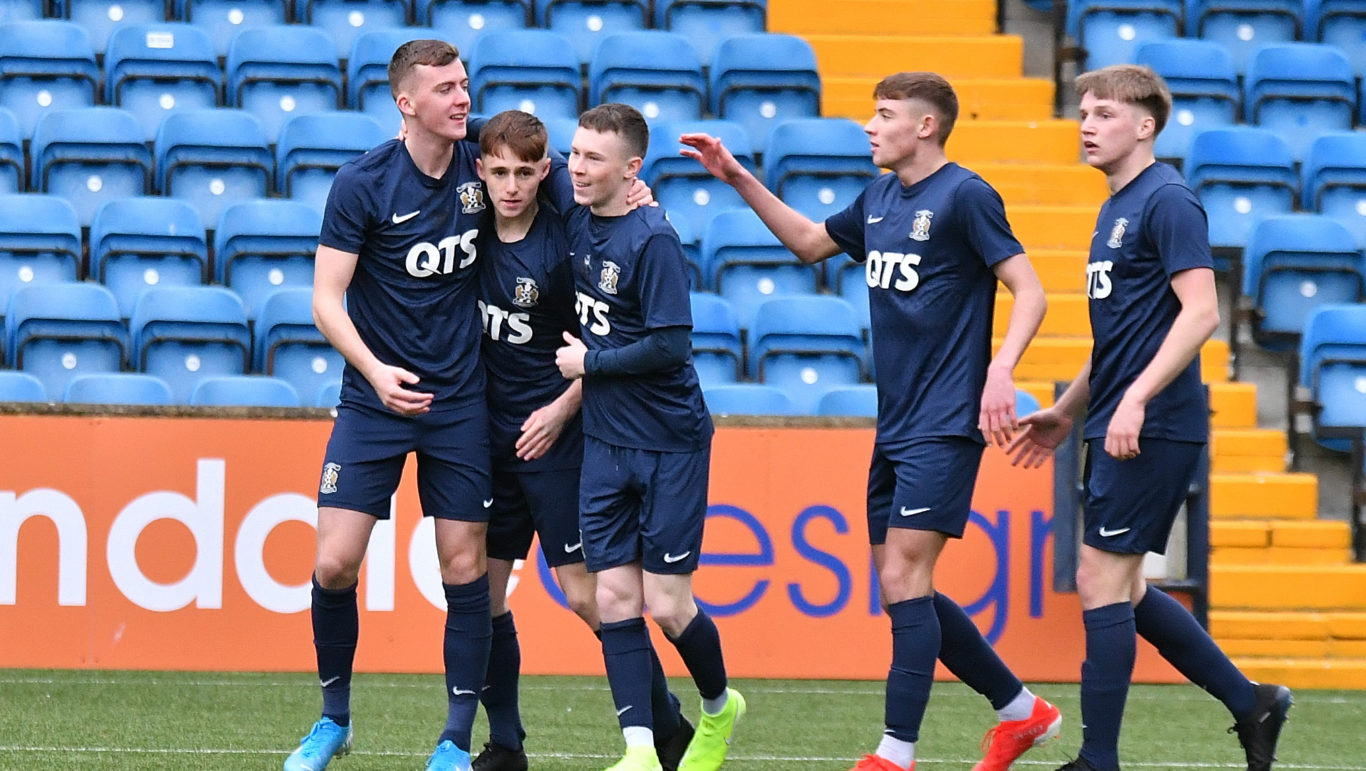 Killie Reserves battled back from losing positions to secure a massive three points in their return to SPFL Reserve League action.

Josh Walker, Olly McDonald, Edin Lynch and Steven Warnock pulled Killie back into the game after a spited Queens side kept battling back.

Passing, movement, speed; Killie Reserves swept forward with relentless intensity – memories of the style of play that blew the visitors away in the earlier encounter in Dumfries in the SPFL Reserve League.

It took a bolt from the blue to pull Queens level, a fine two-one ended with Ross Irving stroking home a magnificent strike from 25-yards after 22 minutes.

It wasn’t enough to knock Killie out of their stride however, and the tenacious figure of Olly McDonald in attack was rewarded for his persistence: guiding home a well placed finish into the corner of the net after evading his markers.

It was a fine first-half showing, but the Reserves knew they had to keep it up going into the second 45.

There was little to suggest that this game was going to slow down: and two goals for both sides inside the benign 20 minutes of the second-half proved that.

Jack Hamilton initially headed home a ball from out wide to pull Queens level once again, but a swift Killie counter-attack saw Edin Lynch catapult Andy Millen’s men back into the lead after the big defender rose to thump home a header from wide right.

Goals, goals, goals: Queens bagged another after Ross Irving stabbed home his second of the match after  68 minutes to pull it back to 3-3.

The heat was well and truly on by this point, and it took a dogged run from Steven Warnock to prise the Queen’s defence open and grab the fourth that would hand Killie a cushion of safety.