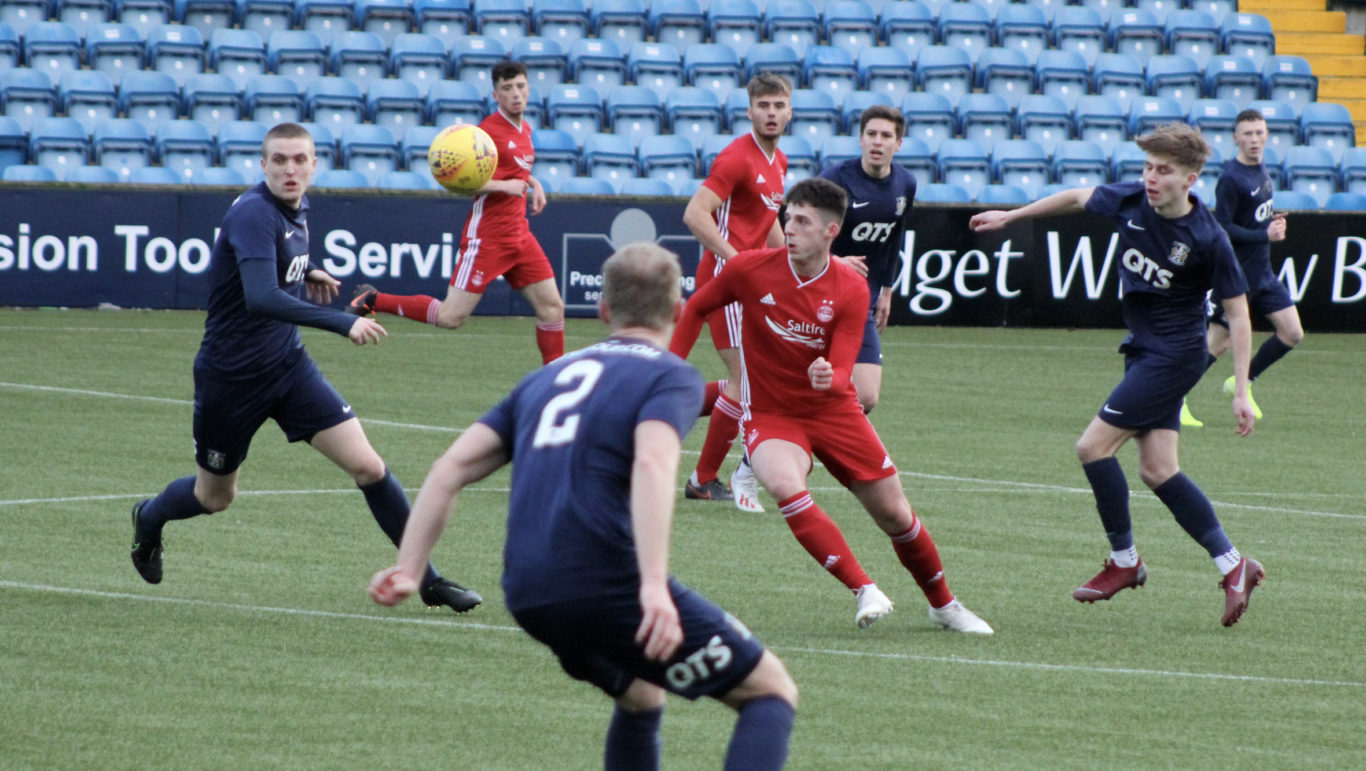 Aberdeen were well in control for the majority of the first half, moving the ball well as they made their move on goal, gobbling up possession as they zipped the ball from central to attack well.

Killie put up some resistance, but Aberdeen’s dogged persistence in attack paid dividends with a 25-yard raker from Dean Campbell beating Curtis Lyle.

It wasn’t a lead that lasted for long, with two quick-fire goals in the space of three minutes ensuring it was a busy end to the first-half.

Ally Taylor led the charge forward, tucking the ball away with a tidy finish to pull things level, before Bruce Anderson steered home a searching Ethan Ross cross at the back post at the other end of the park to make it 2-1 to the young Dons.

Anderson was at it again right from the off as proceedings restarted, blasting home another goal following a slick, sweeping attacking move down the park to extend Aberdeen’s lead.

Passing, movement, goals – the game had it all. A teasing Ross Millen cross brought Killie back within touching distance after 63 minutes: Olly McDonald sliding it over the line after meeting the delivery with perfect timing.

A big push was required to drag the team back on level terms once more, but a fine team showing paid off for Killie: McDonald once again provided the finishing touch after 73 minutes courtesy of a good Harvey St Clair assist.

A late tussle in the box between Anderson and Curtis Lyle saw Aberdeen win a last-gasp penalty, with the number nine stroking the ball home to complete his hat-trick and hand the visitors the lead for the final time.