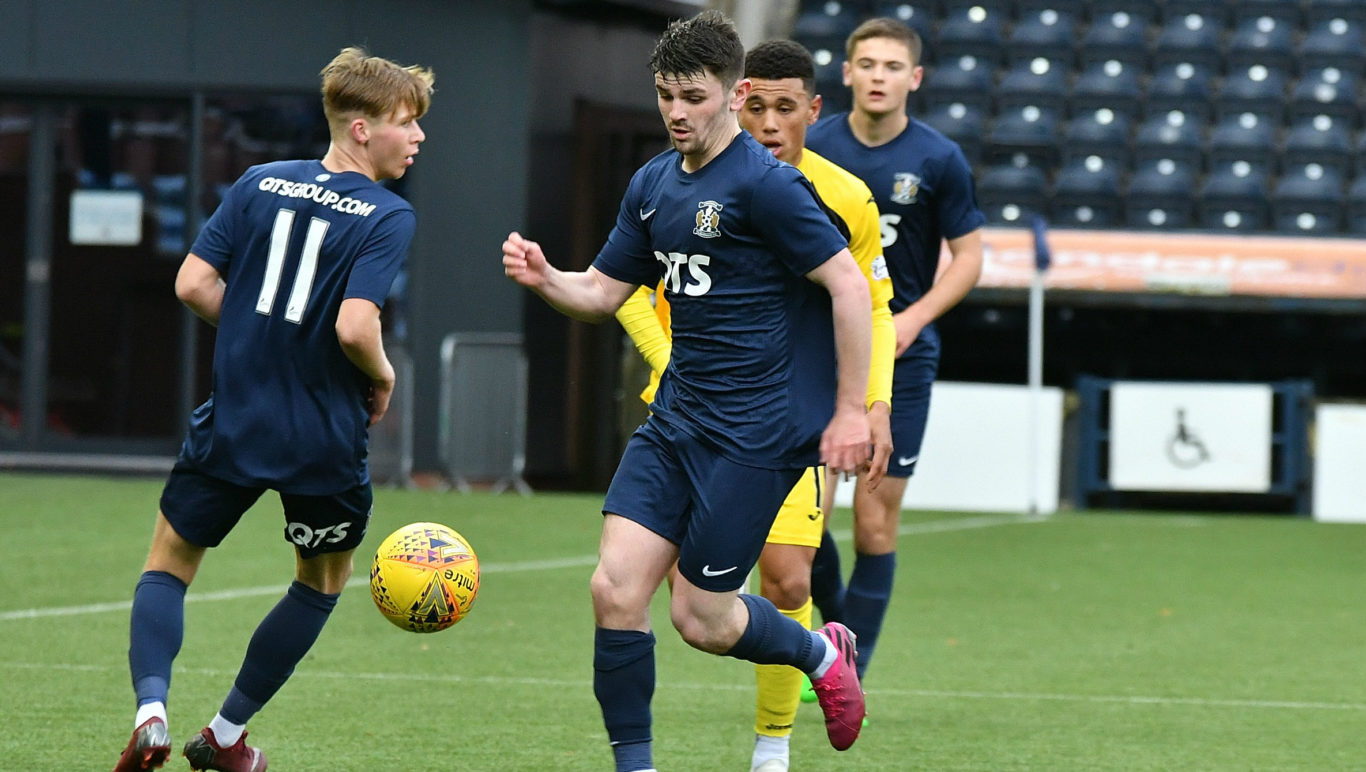 Goals from Iain Wilson, Andy Monk and an own goal helped Kilmarnock Reserves to a 3-1 home win over Dunfermline.

Kenny Barr set up Wilson to curl home a wonderful opener after 16 minutes as Andy Millen’s men dominated the Pars.

Harvey St Clair was included in the starting line up but he was quickly forced off with a small knock with the attacker taken off as a precaution.

Killie doubled their lead in bizarre circumstance as an attempted Dunfermline clearance hit Miller Fenton and ended up in the back of the net.

Andy Monk, who had replaced St Clair, scored an impressive third goal, taking the ball on his chest before firing into the corner.

An own goal by Stephen Hendrie gave the visitors a minor consolation as Killie gained all three points.