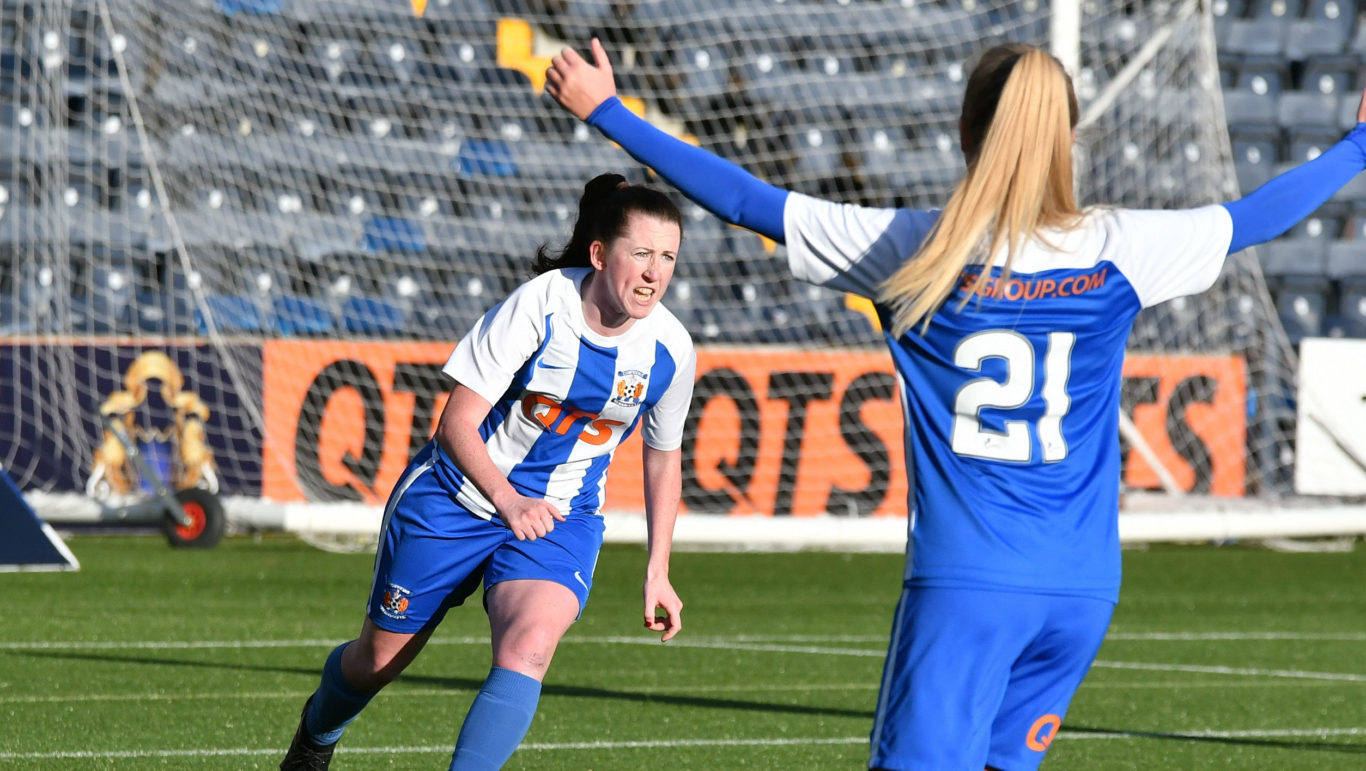 Killie Ladies maintained the pressure on the top three in SWPL2 after a 1-1 draw with Glasgow Girls at Rugby Park.

After falling behind early on, Killie drew level through a penalty from Colette Fleming in an all-action first half.

Stewart Hall’s team came into the game on the back of a fine home victory against Partick Thistle in midweek and they forced heavy pressure in the second period in a bid to secure back-to-back wins.

The game also saw Lauren Chisholm make her return to action after her maternity break as Killie tried to find an all-important winner.

However it took a fine save by Lauren McGregor in the Killie goal to ensure the match finished level.

Killie now face a trip to Hamilton on Wednesday before hosting league leaders Hearts on Sunday.