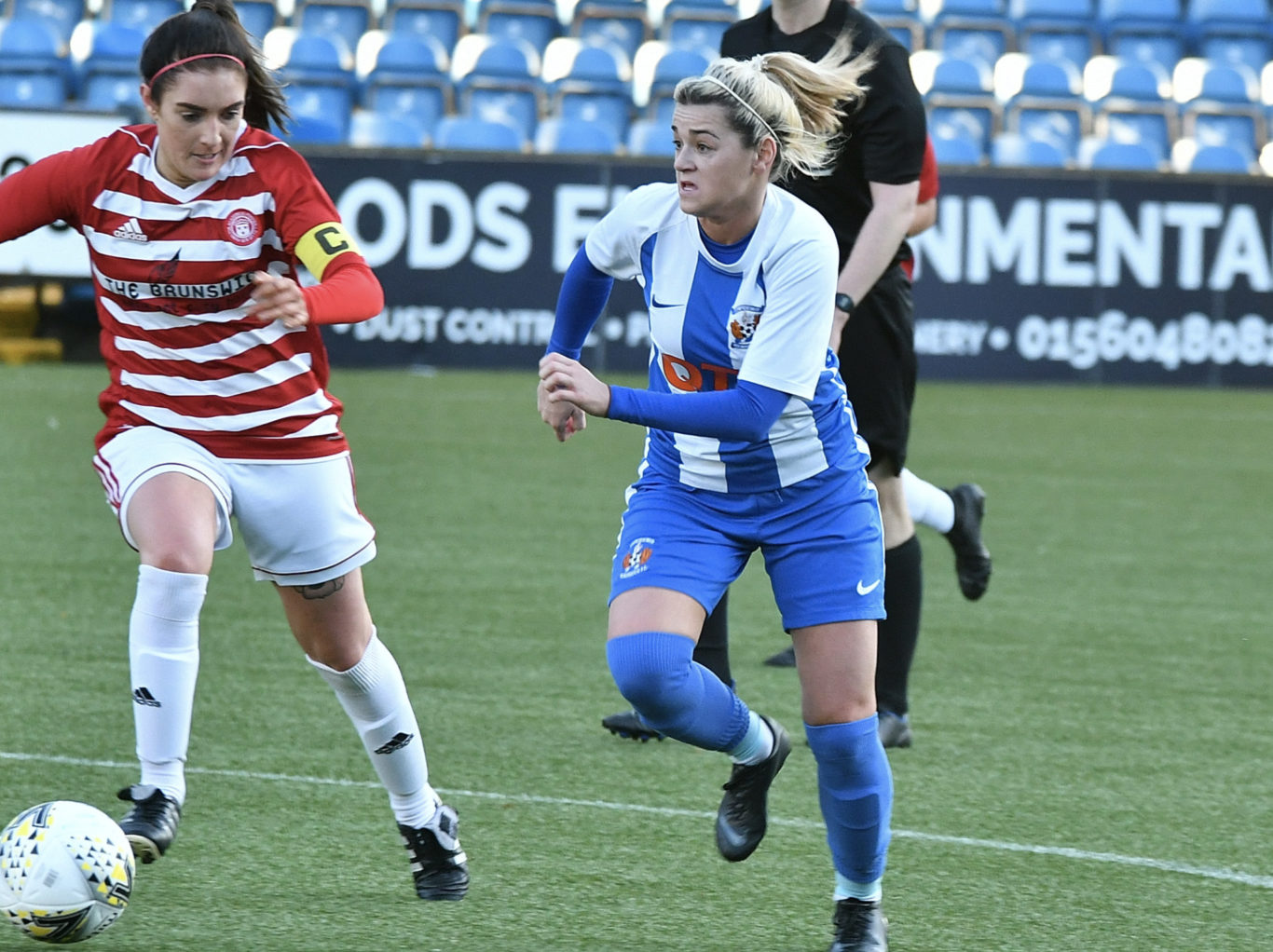 Killie Ladies brought the curtain down on their SWPL2 season after securing fourth place with a 1-0 win over Hamilton Accies at Rugby Park.

A Lisa Swanson goal was enough for Killie to get the points, with Stewart Hall’s team having a number of chances in the early exchanges with third place up for grabs.

Killie made their attacking intent clear from the start, Abby Robinson forcing Accies onto their toes after seeing her narrowly head wide a fine Kirsty Munro cross.

The creative presence of Munro proved decisive in the first-half, another good delivery from Munro sailed into the area: with Lisa Swanson getting her head on it to guide it home.

Having weathered a late flurry of pressure from the visitors, Killie entered the second-half with an important lead to protect.

The game as a contest was subject to ebb and flow, with Killie enjoying a decent share of the ball – whilst Lauren McGregor was forced to be on her guard with several good saves at the other end of the park.

An Accies goal chopped off for offside ensured the day wasn’t spoiled, with Killie holding on to secure a win and a fourth place finish in the SWPL2.