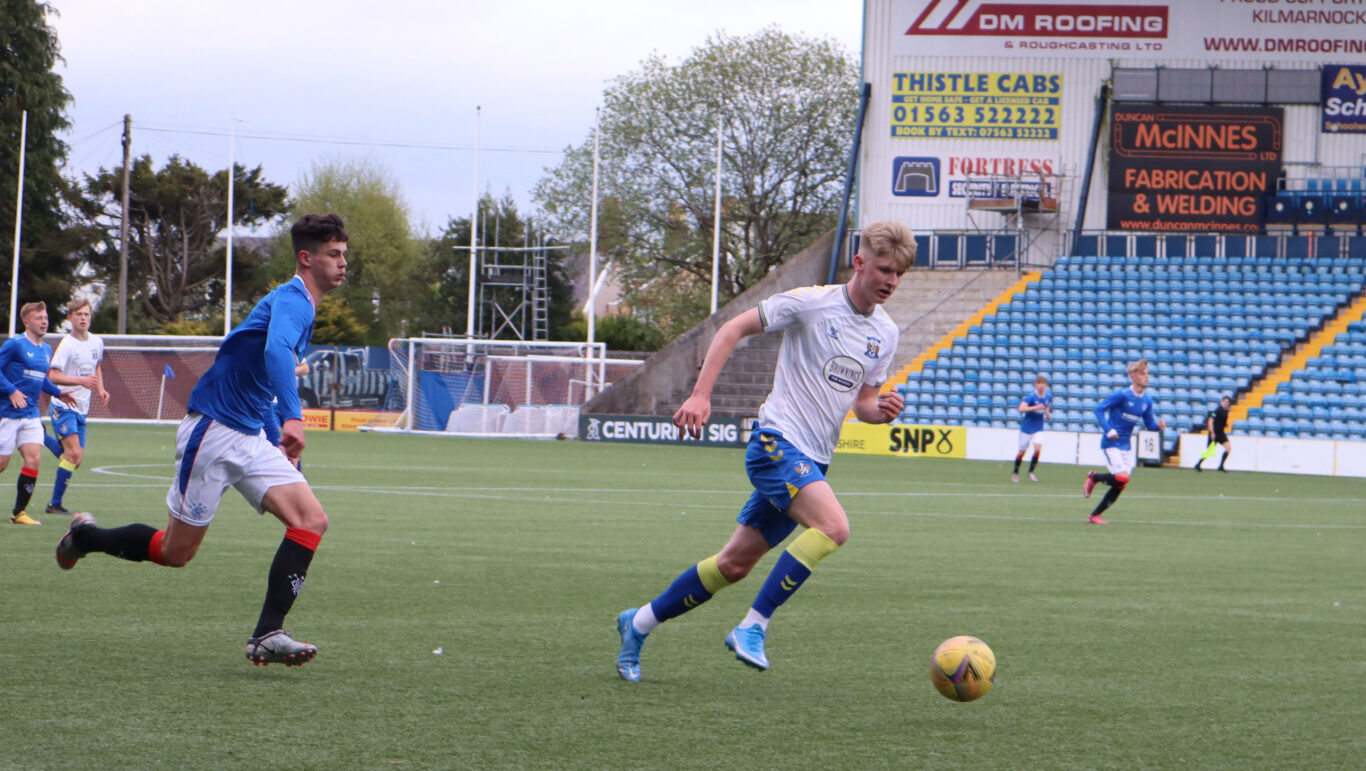 Kilmarnock produced a terrific performance to earn a deserved 3-1 victory over Rangers in the Club Academy Scotland 18s League.

Goals from Jamie Kirkpatrick, Ross Smith and Aaron Brown gave the youngsters the points their display deserved on the day.

After Robbie Ure had opened the scoring for Rangers, the home side recovered well with a performance full of incisive passing and combination play on the ball.

Killie drew level when Kirkpatrick met a cross from the right at the front post to find the back of the net.

Ross Smith and Steven Warnock were causing the Rangers defence plenty of problems and it was no surprise when Killie took the lead.

Strong play down the right saw Smith produce a smart strike which was no less than Craig Clark’s side deserved.

Rangers tried to find a way back into the match but some fine defending kept the visitors at bay.

And it was substitute Aaron Brown who made sure of the win as he beat the Rangers goalkeeper at his near post and while the scoreline could have been extended further, the Ayrshire kids can be very proud of how they performed.