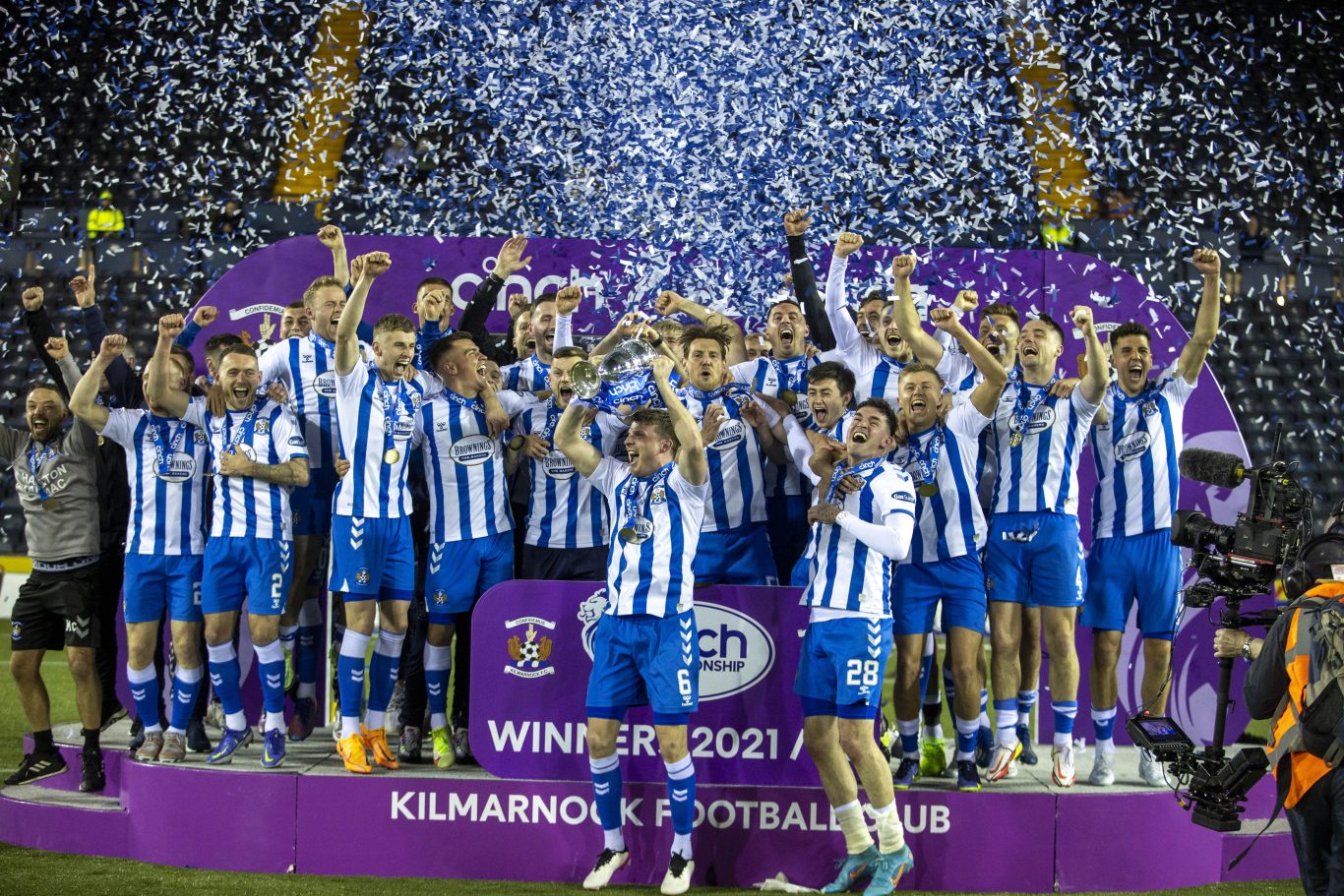 Killie will return to the Scottish Premiership by hosting Dundee United in our opening match of the 2022/23 league season.

It’s sure to be a special day at Rugby Park on Saturday, July 30 as we unfurl the Scottish Championship winning flag before kick off as the Killie crowd salute our title winners of 2021/22.

Following our opening fixture, we will face last season’s top two Rangers and Celtic back to back before closing out August with a trip to Ross County and a home clash with Motherwell.

Due to the FIFA World Cup taking place in Qatar from November 21-December 18, there is a break in Premiership fixtures after our November 12 match v Hibernian before the league resumes on December 17 with a trip to Tynecastle.

Killie are scheduled to visit Motherwell on Christmas Eve before festive home fixtures against Aberdeen on December 28 and St Mirren on January 2.

Our full Premiership fixture list, which is subject to change due to broadcasting selections, will be available to view on our Match Centre later.