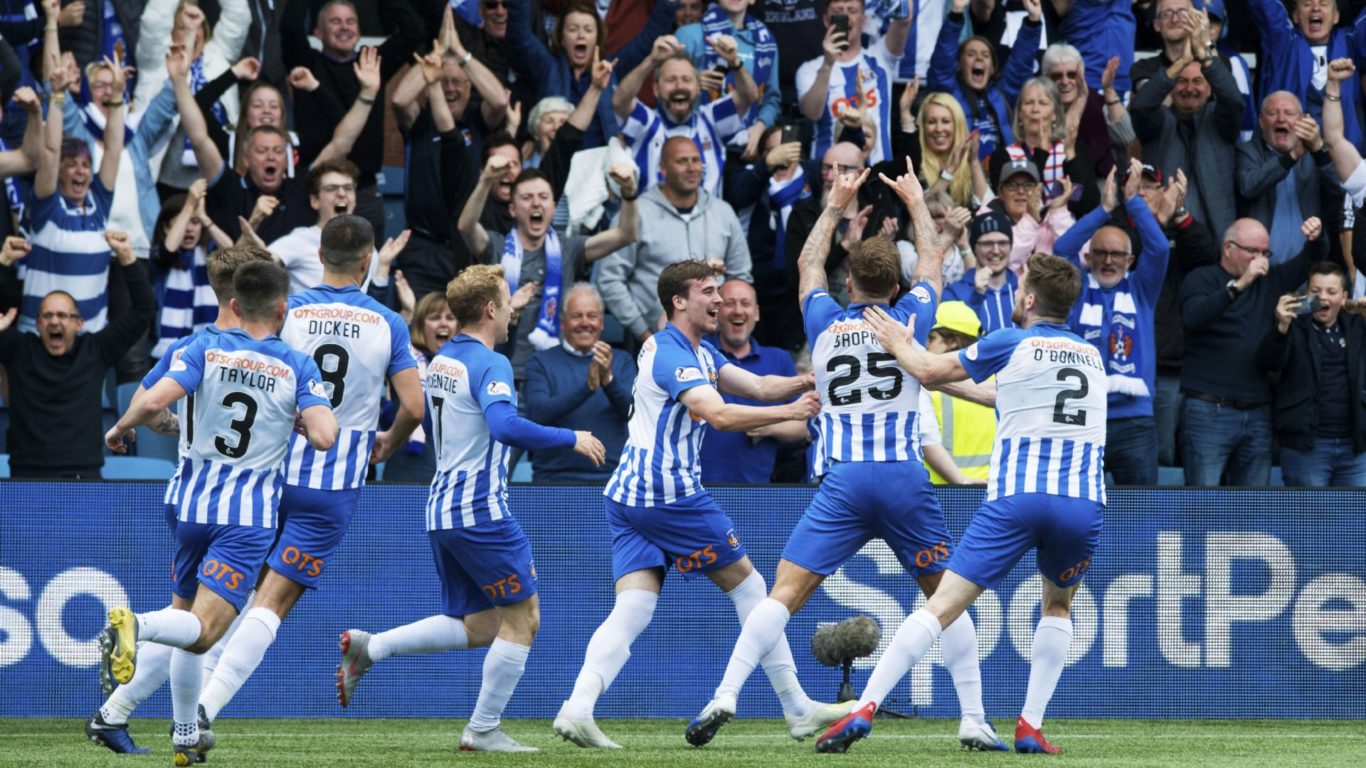 Kilmarnock clinched third-place and brought the curtain down on one of the greatest seasons in the club’s modern history in style – after defeating Rangers 2-1 at a packed Rugby Park, writes Neil Hobson.

We left it late, but an 88th minute Eamonn Brophy penalty ensured that Kilmarnock will be playing European football next season.

Things got off to a perfect start after eight minutes when Chris Burke blasted us into the lead. A magnificent Youssouf Mulumbu ball picked out the wide man with laser accuracy – and the veteran was cool as a cucumber to get the ball down and smash it past Wes Foderingham.

Killie moved the ball about superbly, and the link-up play between McKenzie and Taylor down the left forced Rangers to be on their guard. The visitors hit back through Ryan Kent who cut inside down their left, with only some dogged defending from Alan Power stopping him from getting a shot off.

With half-time approaching, Eamonn Brophy saw his effort from inside the box fly past the post after slicing through the Rangers defence following more pin-point passing from the midfield.

The second-half saw that furious Killie tempo kept up. Another attack down the left saw Greg Taylor offload the ball to a waiting Alan Power just outside the box – who sailed past three Rangers shirts before his resulting effort went over the bar.

Rangers pulled themselves back into it on 66 minutes: Alfredo Morelos tucking the ball past MacDonald following a Ryan Jack flick-on. The match went back and forward as Killie battled furiously for that second goal, and they had their chance on 87 minutes when we won a penalty after Stephen O’Donnell was bundled over in the box.

Stepping up, Eamonn Brophy was the man of the hour – firing the ball beyond the ‘keeper to send Rugby Park ballistic. With six minutes of added time, Killie fans were biting their nails – but we held on to secure a massive win, with the sound of Paper Roses lighting up a sea of blue and white.