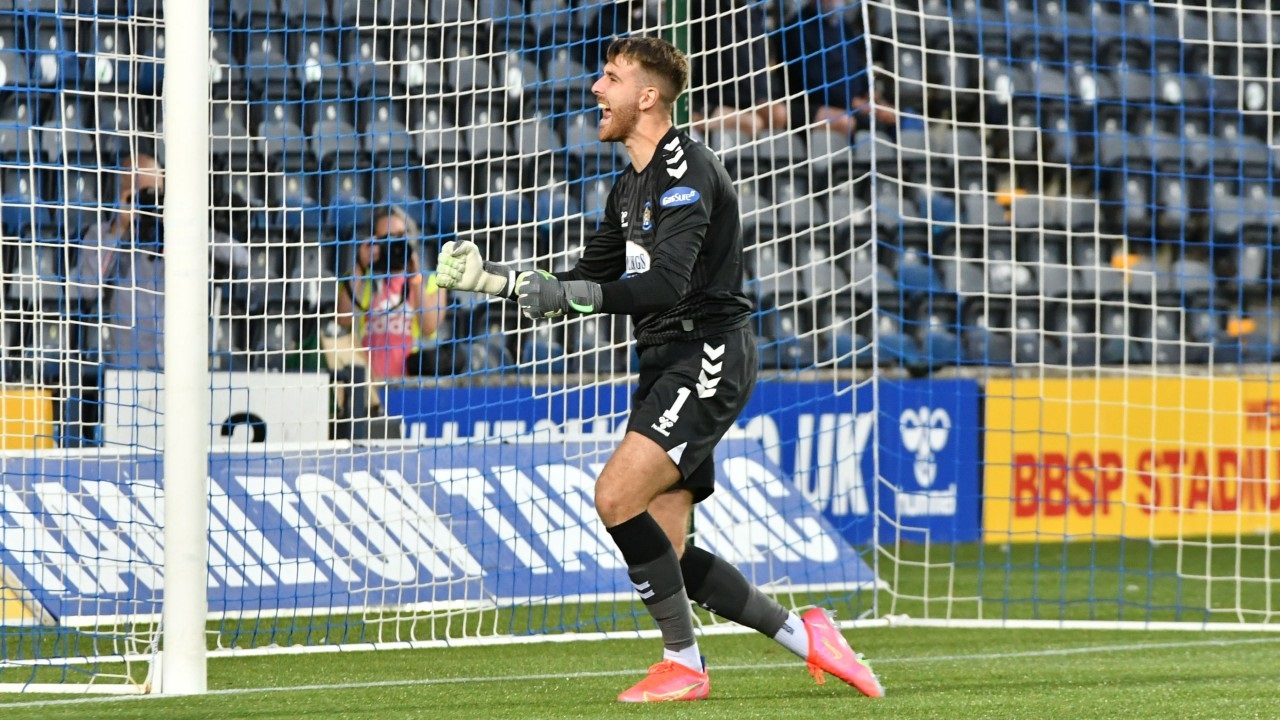 Killie claimed a bonus point win over Greenock Morton on penalties with goalkeeper Zach Hemming coming up big with some big saves in the shootout.

As we welcomed Killie supporters back to Rugby Park in the biggest numbers since the start of the Coronavirus pandemic, Lewis McGregor’s 15th minute goal looked set to hand Morton three points before substitute Kyle Connell scored at the death for the home side.

And a first shootout win since 1984 was secured thanks to Hemming, who was an imposing presence in the Killie goal.

Jack Hamilton, who had been on trial with Killie over the summer, showed his acrobatics to tip the ball away from the top corner after good interplay between Rory McKenzie and Fraser Murray down the left flank.

Morton were content to soak up the pressure in the early stages and hit on the counter and they did just that after 15 minutes. Lewis McGregor got the ball just inside the Killie box and the Morton Youth Graduate found the net via the post to give Hemming little chance.

There was almost an immediate reply from Killie but McKenzie’s curling effort was just wide of the post.

It would be the last significant action that our number seven could contribute to, forced off with an injury after 23 minutes to be replaced by Blair Alston.

Having bagged his first goal for the club on Saturday, Alston turned creator to play in Fraser Murray but his cutback evaded four team-mates in the middle.

Chris Burke saw an appeal for a penalty turned down after a challenge from Lewis Strapp as the half ended with Morton in the lead.

Fraser Murray rattled the crossbar from 30 yards seconds before Tommy Wright opted to go for a double switch in attack. Dan Armstrong and Liam Polworth were introduced for Brad Lyons and Innes Cameron respectively in a bid to create chances against a resolute Morton defence.

Hemming did well to smother Reece Lyon’s strike after the Morton substitute had wriggled free of his marker.

Just as Morton felt they were closing in on victory, Killie struck back in the final moments. Jason Naismith did well to keep the move alive at the back post and his header was nodded into the net by Kyle Connell to take the match to penalties.