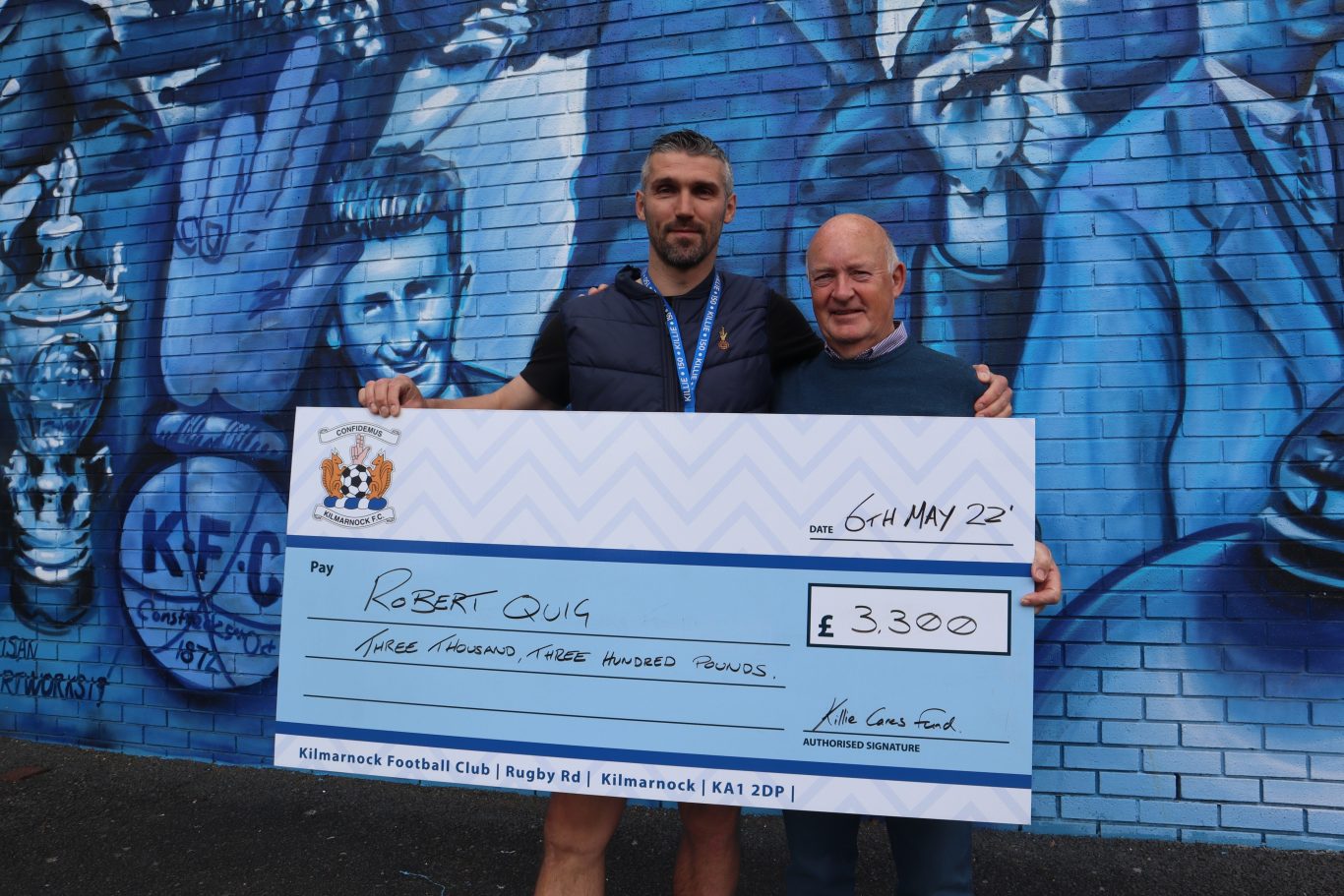 Huge congratulations to Robert Quig who won the £3,300 jackpot in the Killie Cares Fund during the May 6 draw.

Robert has been a Killie fan his whole life and has seen many of the club’s greatest triumphs including our famous 1965 title win as well as our incredible European comeback against Eintracht Frankfurt.

After watching the team win promotion back to the Premiership by lifting the Championship title, East Stand season ticket holder Robert can’t wait for the 2022/23 season to begin.

You can play the Killie Cares Fund with big cash prizes on offer.

In association with ClubForce, you can play and support the work of the Kilmarnock Community Sports Trust whilst you’re doing it.

And head to to your phone’s App Store to download the ClubForce app to play whilst you’re on the go.