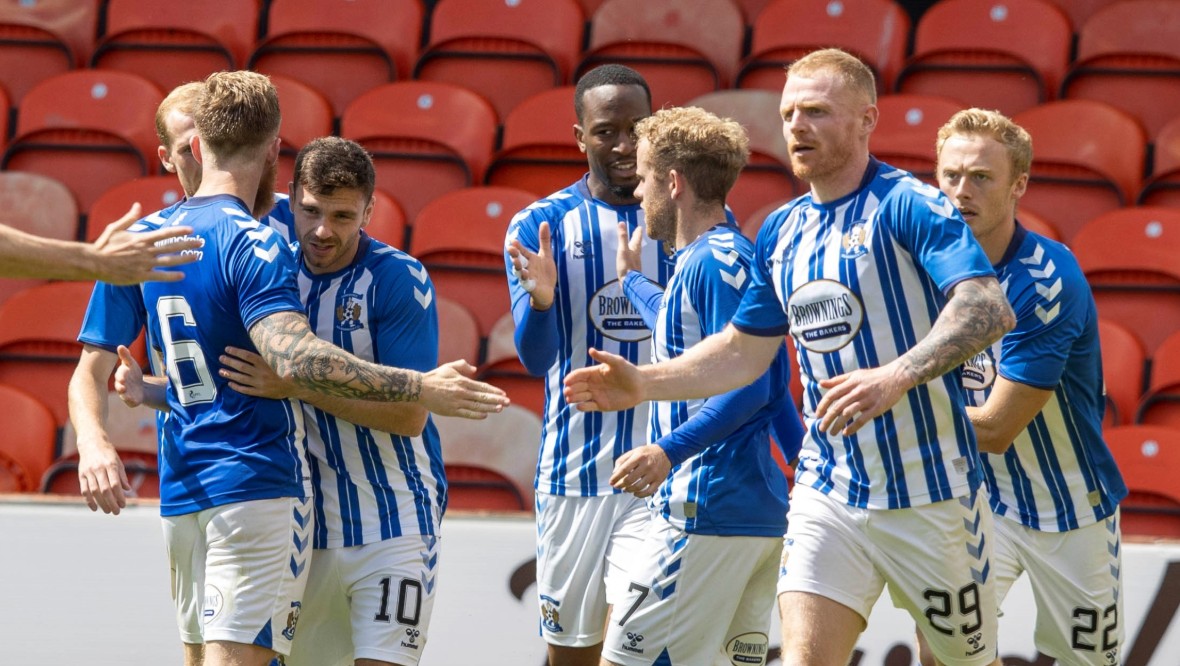 Killie and United draw in final warm up game

Killie completed their final warm up match ahead of next week’s big Scottish Premiership kick off with a 1-1 draw with Dundee United.

Before any rhythm could be established in the game, United went ahead in the first minute when Cammy Smith pounced on a loose ball to finish past our Trialist goalkeeper.

United skipper and former Killie defender Mark Connolly proved to be a real threat at set plays, getting on the end of two corners only to head wide.

Killie’s best opportunities were coming from the right side as Power played in Chris Burke and only a timely intervention from Dillon Powers stopped Pinnock from getting a shot away.

Burke tried to catch out Siegrist from a free kick following a foul on McGowan but the United keeper scrambled to palm the ball away from danger.

Ross Millen and Greg Kiltie were introduced into the action for the start of the second half and within 60 secocnds, Kiltie had found the back of the net with a fierce shot.

Killie continued to try and find a winner but the match ended all square as both teams get ready for the start of league action next weekend.