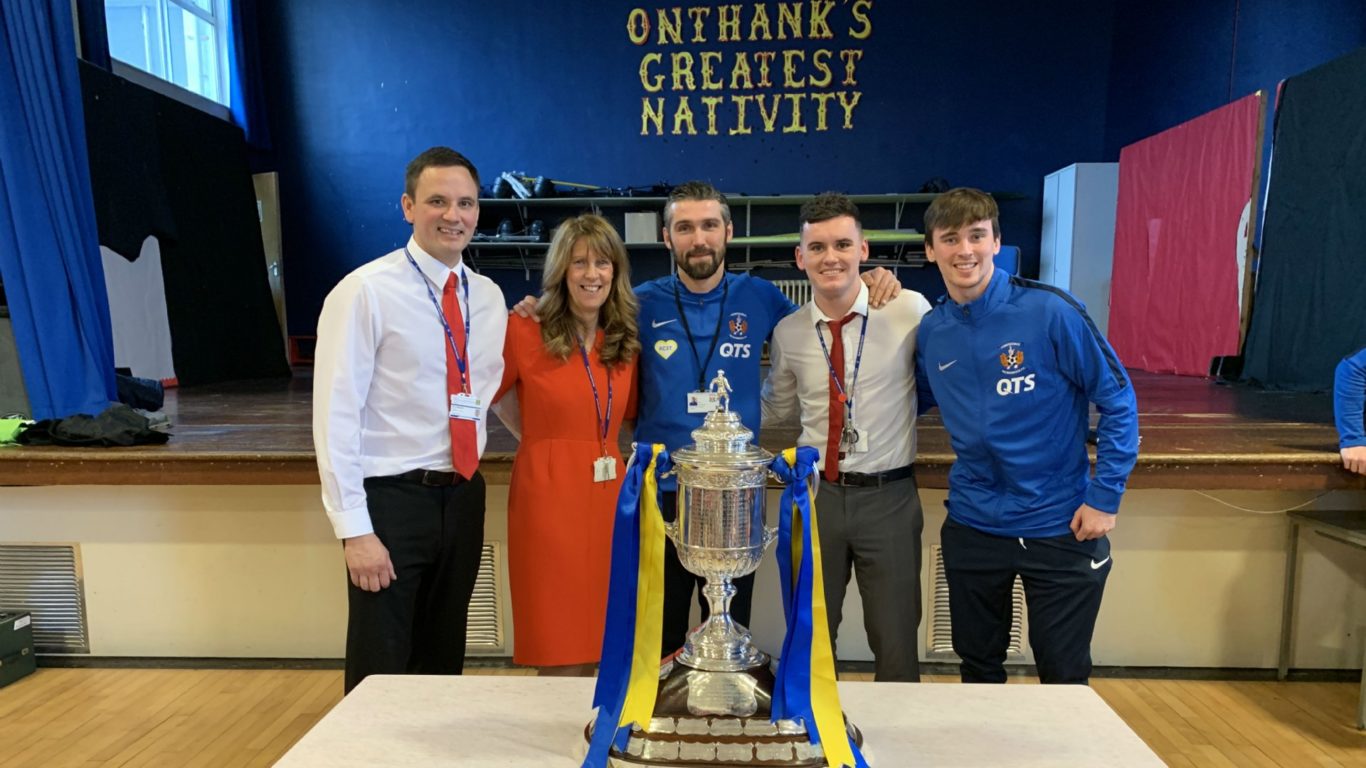 Kilmarnock ace Liam Millar joined the KCST on a Scottish Cup visit to talk them through life as a footballer and the journey to lifting some silverware.

The on-loan Liverpool star joined our community manager Paul Di Giacomo and the KCST team on a Scottish Cup tour which covered schools in Hurlford and Auchinleck before ending at Onthank Primary.

Over 650 kids were in great spirits, asking Liam questions about his training regime, life in the first team and his thoughts ahead of our Scottish Cup clash with Rangers.

The children also listened to Liam as he spoke to them about the importance of a balanced diet and combining this with activities like football, which will keep them fit and healthy.

Liam also met with the school’s P6/7 football team and gave them some top tips on how to stay at the top of their game. The attacker also took some time to chat to the school’s sport committee, which was formed with pupils to get their ideas on after school activities and healthy eating programmes of physical activity.

The school are aiming to achieve the Gold School Sport Award from SportScotland, which is in its first year. The award given by SportScotland is a new initiative to encourage the children’s involvement in the creation of their healthy eating and physical education.

Onthank Primary’s head of senior school Mr Simpson is leading the sports committee and is hopeful that they will do well in their first year.

Huge thanks to Mr Simpson, Mr McIlwraith and Mrs Findlay for accommodating the visit and allowing the children meet Liam, plus the chance see the world’s oldest football trophy in all its glory.