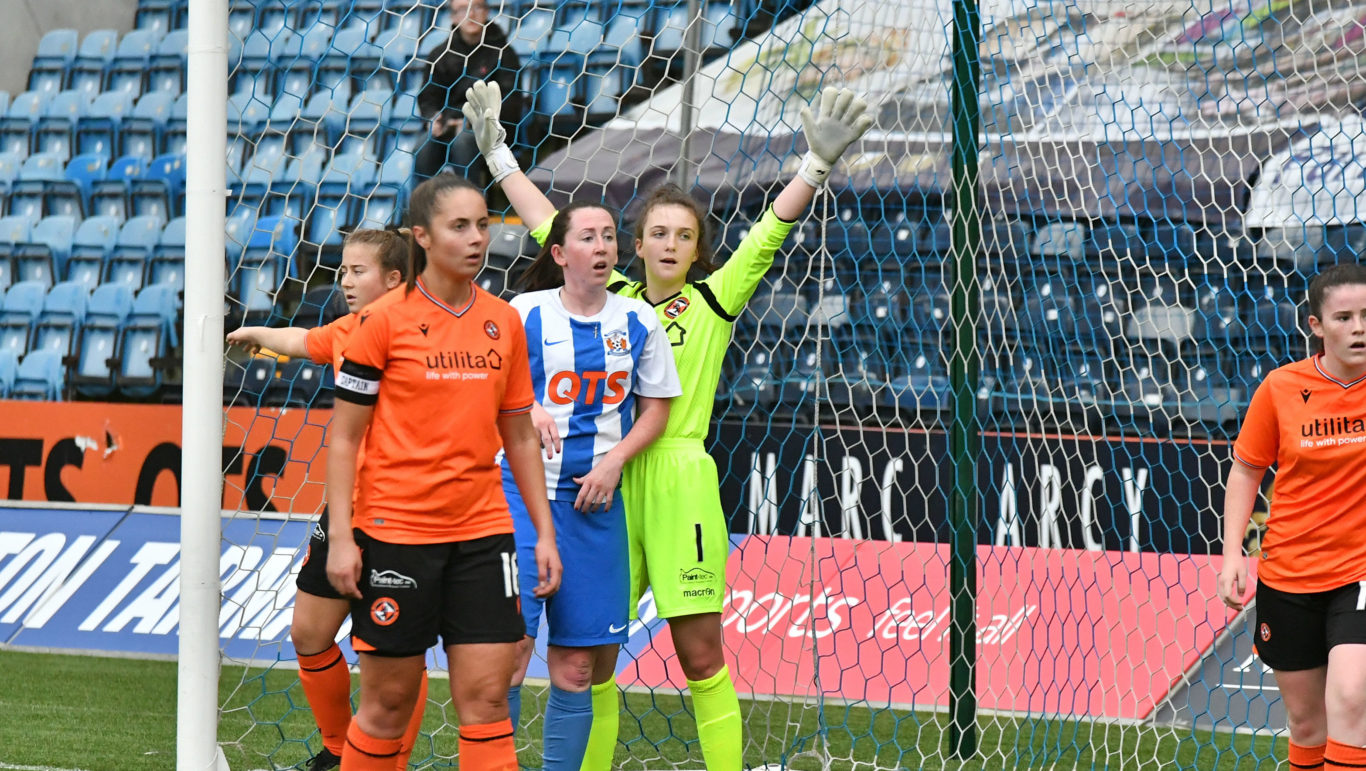 Kilmarnock put in arguably their best performance of the season to demolish Dundee United 4-0 at Rugby Park.

After a cautious start, Killie began to impose themselves on the match with the midfield pair of Monica Harty and Clare Docherty dictating the play and it wasn’t long before they were ahead.

Rebecca Galt met Abby Robinson’s corner with her head with the effort deflected into her own net by an unfortunate United defender to give the hosts a deserved lead.

An upturn in form has coincided with the goalscoring prowess of Lisa Swanson and it was little surprise when she added to her tally for the campaign to make it 2-0 shortly after.

Galt was at the heart of the action once more, beating two players before playing in Swanson, who produced a delightful chip over the goalkeeper and into the net.

Both players would have a big part to play in Killie’s third goal with Galt starting the move by winning the ball high up the field before Swanson turned provider as Clare Docherty produced the finishing touch.

United were grateful for the sound of the half time whistle as Harty, Robinson and Munro all passed up chances to extend Killie’s three-goal lead at the interval.

Stewart Hall’s side were looking confident and in control with every player looking to get on the ball and make things happen.

An impressive display by the United goalkeeper kept Killie at bay but there was nothing she could do about the hosts’ fourth.

Dana Baird was bundled over in the box and Docherty stepped up to smash the ball into the roof of the next to complete a great day for Ayrshire’s finest.

The result moved Killie up to fourth in the table and next Sunday the team face an away trip to St Johnstone as they continue to chase down league leaders Hearts.