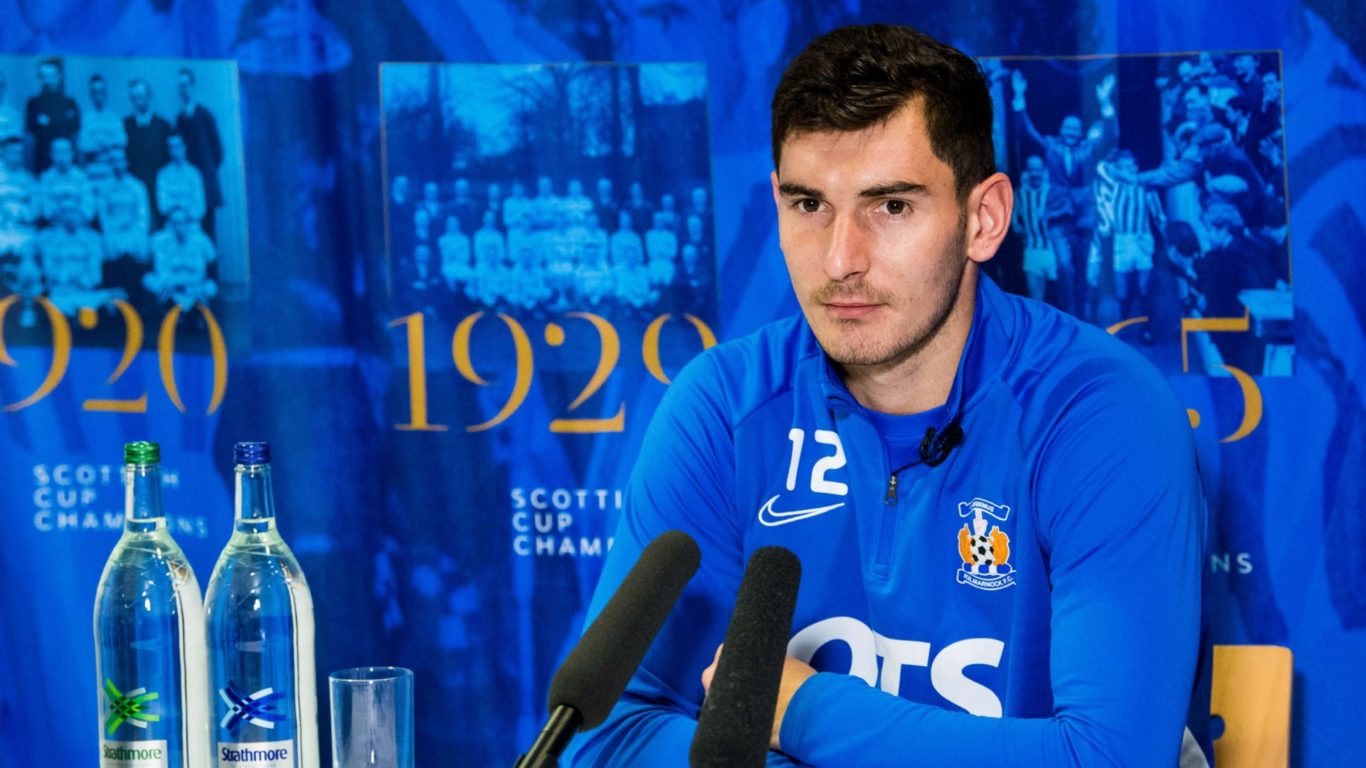 Laurentiu Branescu hopes to emulate the work ethic of Gianluigi Buffon as he gears up for his Killie debut.

The Romanian shot-stopper put pen to paper on a season-long loan deal from Juventus, and says the goalkeeping legend was a huge influence on him as a young player.

Speaking to the media for the first time, he said: “I think it’s a great experience to train with a legend like Buffon. You learn so much about playing and having the right attitude when you’re around such a big player.

“The main thing you take away is how consistent he is. He’s the kind of player who only makes one or two errors a season.”

Having worked with Angelo Alessio in Turin before, and having heard about Killie’s brilliant season last year, ‘Lary’ revealed it was a straightforward decision to link to up with his old coach at Rugby Park.

“The move came about because I was looking for a new experience – I think this is a great move for me, the club as a whole, fits me as a player very well,” he explained.

“I know all about how good last year was for the club, and now with Europe coming up it’s very exciting. I hope we can do as well as last year, and maybe even better.

“I last spoke with Angelo at the Champions League final in Cardiff a few years back. I hope he has a managerial career like Antonio Conte’s, and I think Kilmarnock is the perfect place for him to start.”

With a return to competitive action just around the corner, Lary spoke of his desire to fight for the number one jersey.

“The boys have worked hard in training, and the intensity has been good. We have the tools there to do well.

“I never expect to start when I go into a club, I think it’s up to me to fight for the starting position now.”