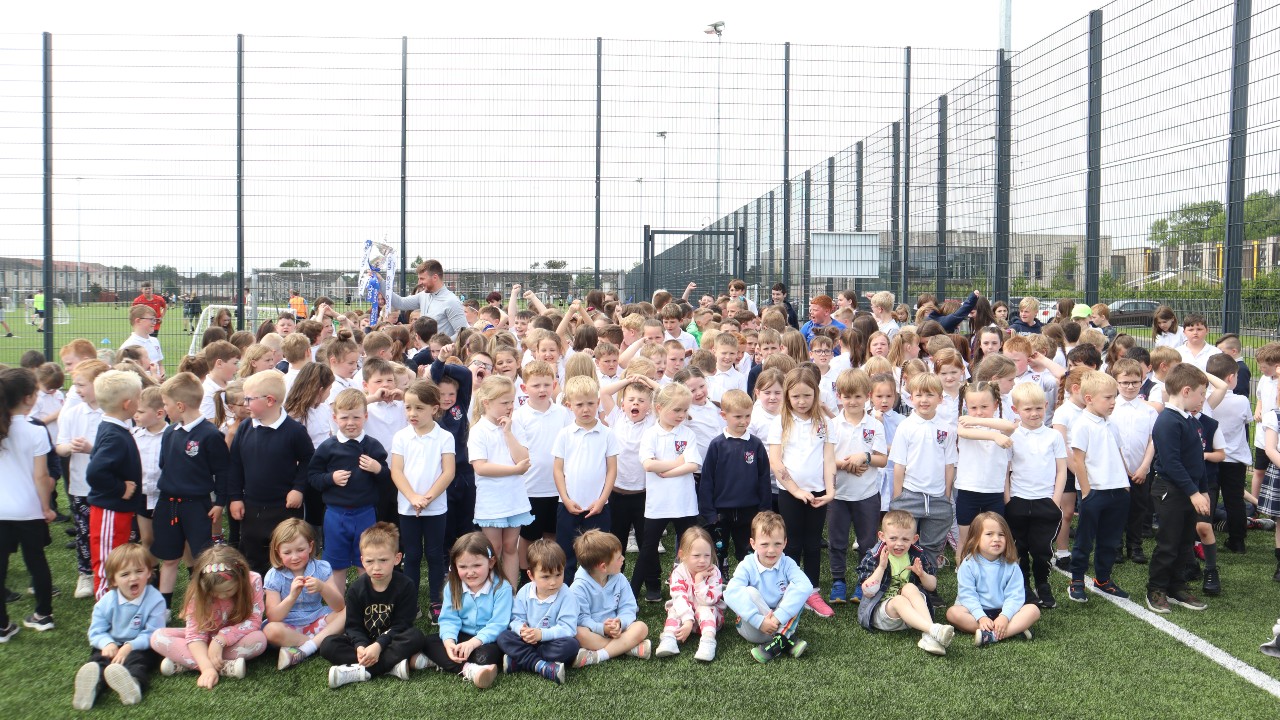 Captain Chris Stokes was a special guest at James Hamilton Primary in the latest leg of our Kilmarnock Community Sports Trust’s Trophy Tour.

The defender was on hand to sign autographs, pose for pictures and chat with kids as well as give them a glimpse of the Scottish Championship trophy won in dramatic style back in April.

Designed to engage and inspire the young generation of Killie supporters, our KCST team have been taking the trophy and our Hexagol facility across Ayrshire as part of our Trophy Tour.

When you've got 🏆, it's rude not to show it off.@chrisstokes91 joined the latest leg of @KillieCommunity's Trophy Tour at @JHP_SnCN_SanCN pic.twitter.com/jFwn1AI6j7

The team visited Gargieston and Auchinleck Primary last week with visits to Pennyburn and Hayocks in North Ayrshire later this week.

Throughout May, the KCST worked with 855 young people in schools, had 1,645 kids in our hexagol facility, saw 530 kids playing at Rugby Park along with 37 participants in our Football Memories programme.

Find out more about our community work and get in touch with the team.