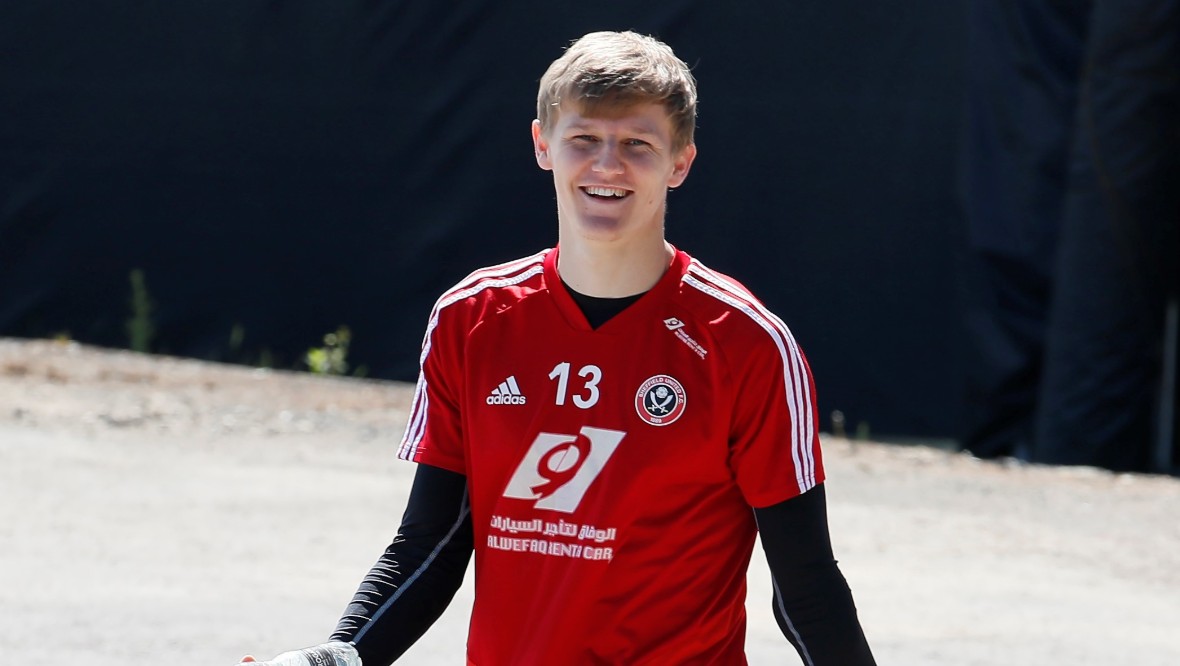 The club is pleased to announce the signing of goalkeeper Jake Eastwood on a six-month loan from Sheffield United, subject to Scottish FA approval.

The 23-year-old makes the move from the Blades, having enjoyed a loan spell with Scunthorpe in the first half of the 2019/20 season.

Jake has spent time working with Chris Wilder’s first team squad, making the bench for January’s Premier League match against West Ham and he is now relishing the chance to experience life in the Scottish Premiership.

He said: “I’m really looking forward to joining Kilmarnock and when the manager called me, I was really excited about this opportunity.

“This is a big season for me and I want to show the supporters exactly what I can do.”

Alex Dyer said: “Jake is an excellent young goalkeeper who came to our attention through our scouting network.

I know the goalkeeping coach at Sheffield United and he gave Jake a strong recommendation and we believe he can really develop his career with us at Kilmarnock.”