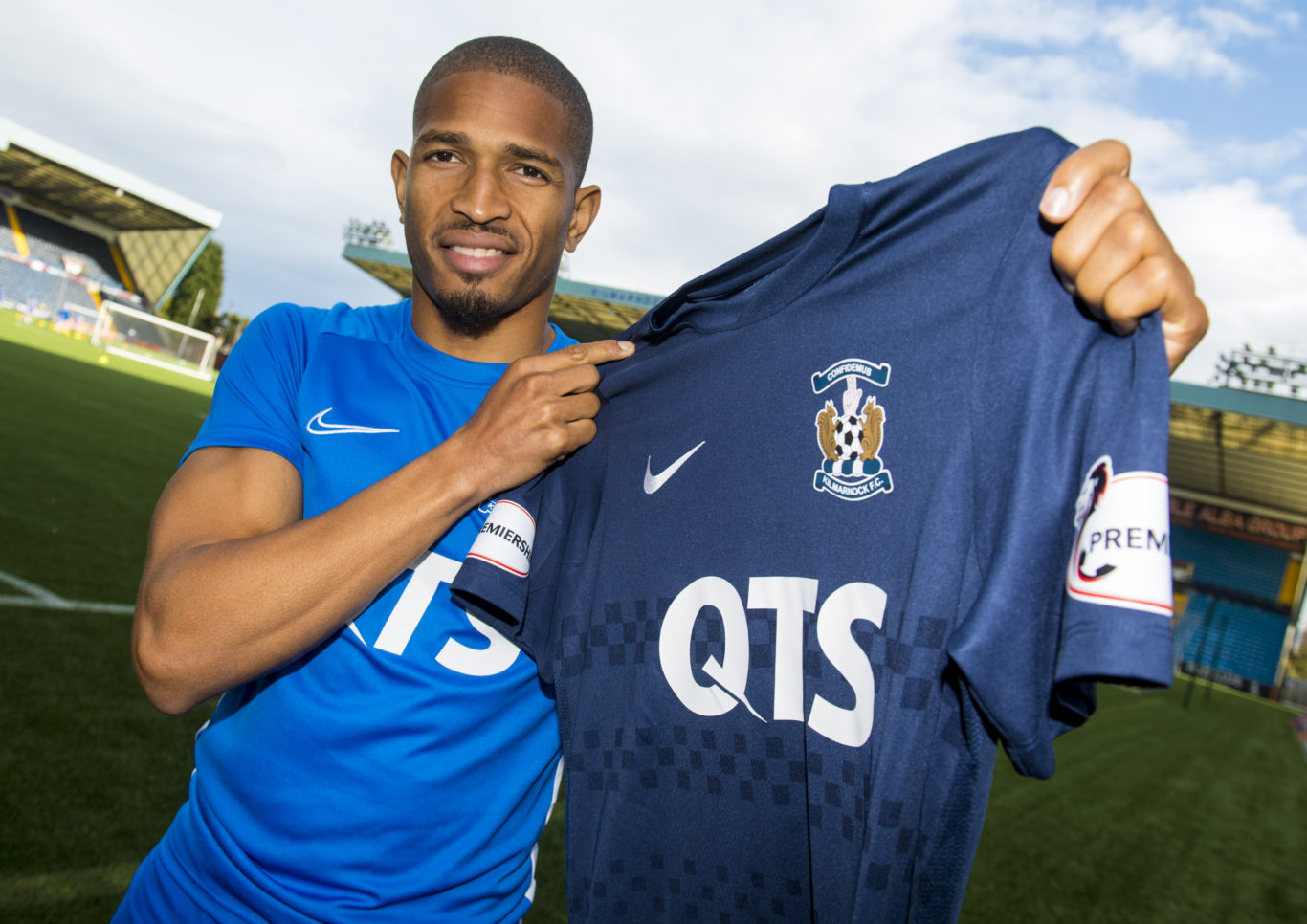 Simeon Jackson says he’s thrilled to sign on the dotted line of his Kilmarnock deal – even if he was welcomed to Rugby Park by his new teammates in an unusual way!

Our Irish midfield enforcer, Alan Power, gave the striker an extremely warm welcome in his first training session following his arrival at the club after a successful trial period – flattening him with a meaty tackle after five minutes. 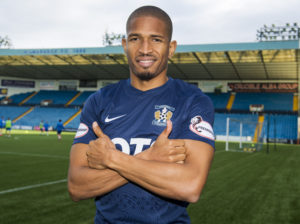 And the 49-times capped Canada international says it quickly said a lot to him about the high standards set by Angelo Alessio’s men.

“It’s a really good team. Straight away even from training, I have had to work my way in and got a few tackles laid in straight away to welcome me!” he told the assembled media ahead of the Livingston match.

“But you want to be in those sort of teams where you are fighting for it every day and working hard for each other.”

Rough challenges aside, Simeon revealed it’s been a seamless transition into life in his new dressing room : and hopes his Scottish Premiership experience with St. Mirren last season will be of use as he gears up for his debut against Livingston this afternoon.

“It’s a great dressing room, they have all welcomed me and there’s a good team spirit and togetherness. Everyone works hard for each other, there are no big-times or anything, everyone gets stuck into it,” he added.

“Last season was obviously my first year up here, and I really enjoyed it. That’s going to come in handy coming into the season so far, and hopefully I  can make an impact.”