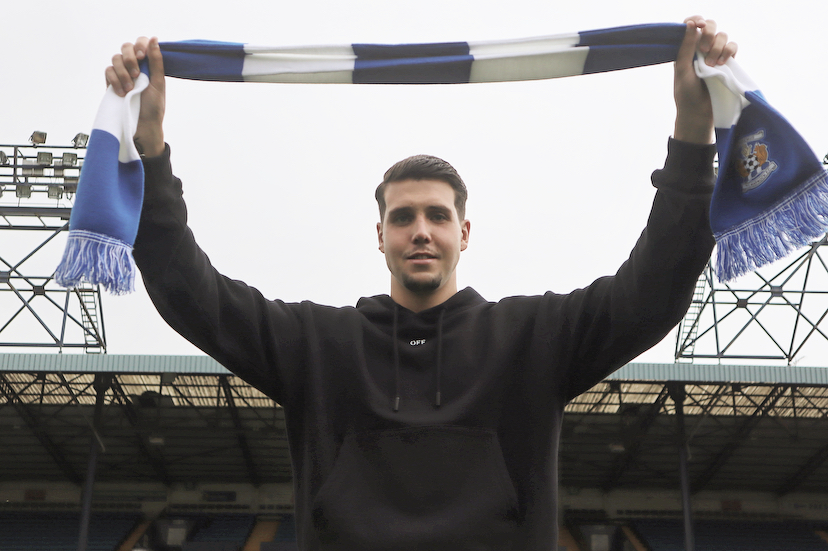 Jack Sanders says he’s ready to play his part in the Killie rebuild after signing a two-year contract with the club.

The 22-year-old defender arrives in Ayrshire from Wigan Athletic, having experienced first team football during spells with Blyth Spartans and AFC Fylde.

The centre back put the finishing touches on his move to Scotland and expressed his excitement at joining Tommy Wright’s side.

He said: “The move happened quite fast with a few phone calls and as soon as I got to the stadium then you can see it is a massive club.

“You get the vibe right away that this club wants to go straight back up and I want to be part of that and develop here.

“I started my career in the non-league ranks and was picked up by Wigan. I spent two years there, which I thoroughly enjoyed and developed while there and out on loan.

“Now I feel like I’m ready for a new challenge. I know Paul Stephenson from my time at Blyth Spartans and I’ve spoke to the manager and I want to make a good impression here.”