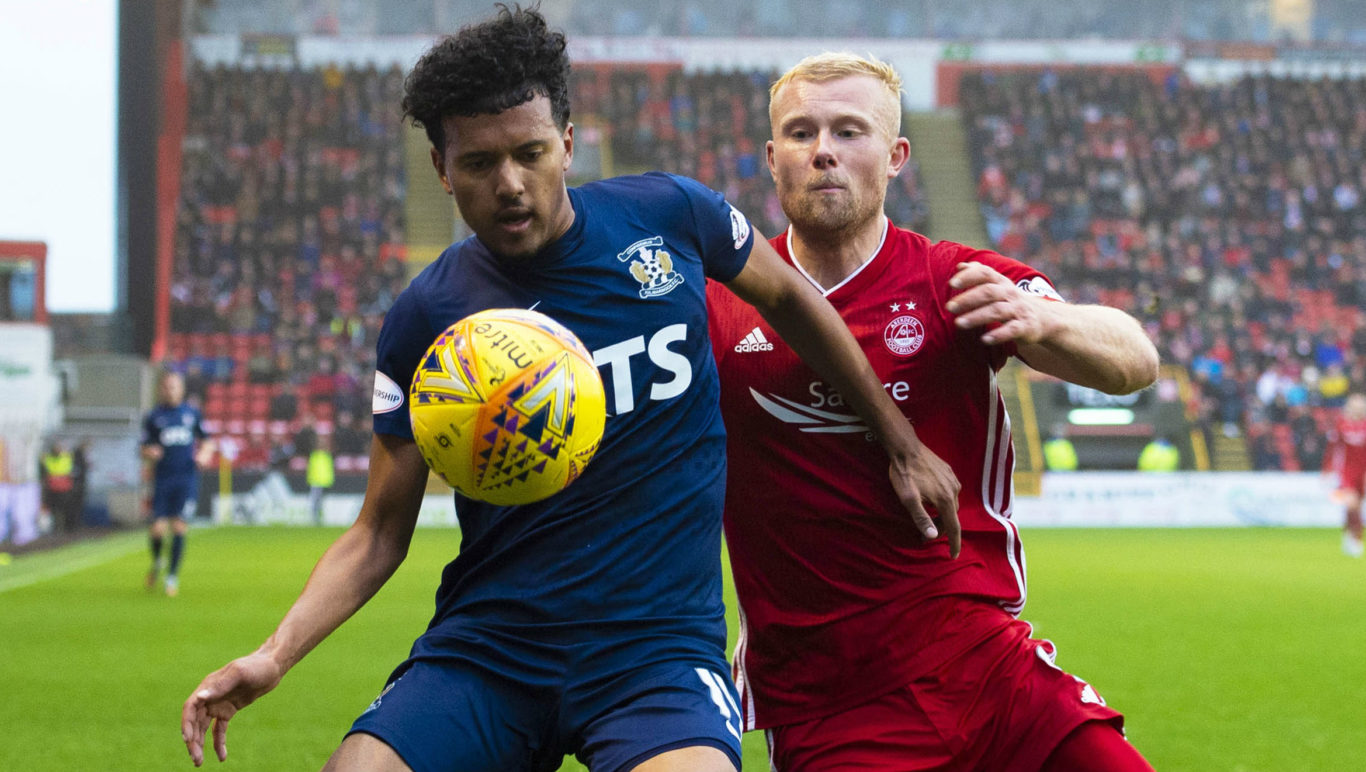 Niko Hamalainen believes his Kilmarnock loan spell has helped him mature as a player as he awaits news on when it may be safe for football to resume.

The left back, who was on a season-long loan from Queens Park Rangers, is back in Florida while football remains shutdown due to Covid-19 and he has reflected on what he’s learned during his time at Rugby Park.

He said: “It is probably the first time I have had the chance to play every game during a season. To be playing in the top team.

“Training all through the week, getting my body right and mentality right to play game on game.

“I also wasn’t used to playing in front of fans and all of the things have come together to improve me.

“I feel it has matured me a lot. It has made me a man as a footballer. In my career, it’s been a tremendous step.

“I have thought about a scenario where I might not ever get back to play for Kilmarnock in the future, but I try not to. There’s nothing anyone can do at the moment, so I don’t want to think one thing or another.

“At this moment, there isn’t even a date for returning because no one knows when dates will be, so I’m really without any idea.”

Right now, Hamalainen is keeping in shape back home with his family and conditions are slightly different to the Ayrshire climate.

He added: “I flew back home to America when football stopped. Obviously, I came back to see family and, with a US passport holder, I was able to return as all US citizens could do so without a problem.

“I’m back in West Palm Beach in Florida right now with my parents and my sister.

“In the morning, I drive to go and train a little bit and all I can see is clear skies, sunshine and palm trees everywhere around me.

“Things are slowly opening back up, but there is still plenty of lockdown, so the situation is kind of the same as the UK.

“All of us footballers know just the one thing. To play. Every day that is our life, so this is all new.

“I don’t really know what to think at times, so the best thing for me is not to think! I just worry about having this family time and if there are other people that need help, I will try to do that if I can.

“Everything has stopped in all of the sports. I have a good friend who I grew up with plays in the NBA for the Atlanta Hawks.

“John Collins is his name and he is literally just playing FIFA every day against footballers as he likes the game. He’s just stuck at home.

“I want to make sure I’m still busy in some way. The structure has gone for players, so the most important thing for me in that sense is to try and have a routine. To try and keep training.

“Obviously, it won’t be specific speeds or what you would do with a squad, but I have my daily routine that I can stick to.”