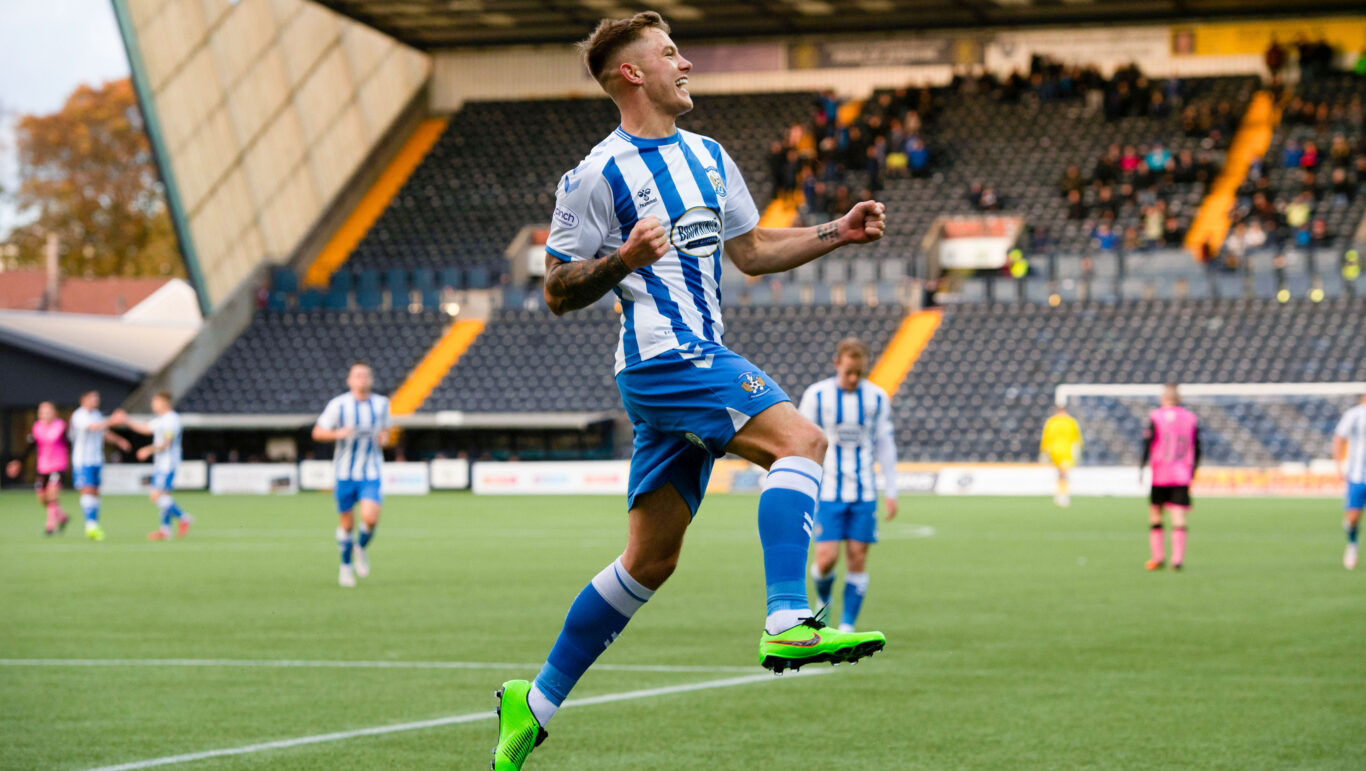 November is upon us, which means the fourth issue of Killie Magazine is here for you to enjoy.

We’ve got a selection of some of the finest Killie stories around this month, packed full of exclusives you won’t get anywhere else.

Priced at £4, you can get your hands on the mag  online through Curtis Sport or you can pick it up in person at the Killie Superstore before Saturday’s match against Partick Thistle.

Callum Hendry is your cover star for issue four as he discusses his joy at loan life in Ayrshire, his charity work on mental health and THOSE derby celebrations. 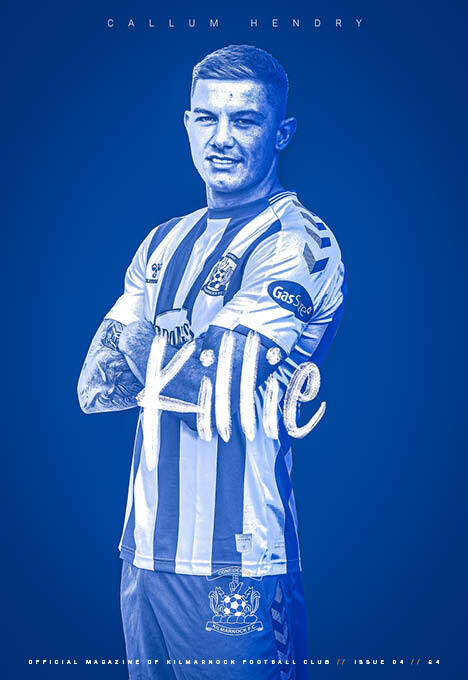 Sam Walker is in the chair for Up Close & Personal, and our big ‘keeper gave some great insight into the Killie dressing room, Chris Burke’s “revolutionary” ideas about football, his ‘methodical’ interest in baking and his ringside experience at a tasty scrap at Colchester!

We caught up with Monica Harty: the Kilmarnock star who is enjoying a renaissance under Andy Gardner. We also spoke to another rising academy star in Kian Leslie as he put pen to paper on his first professional contract. 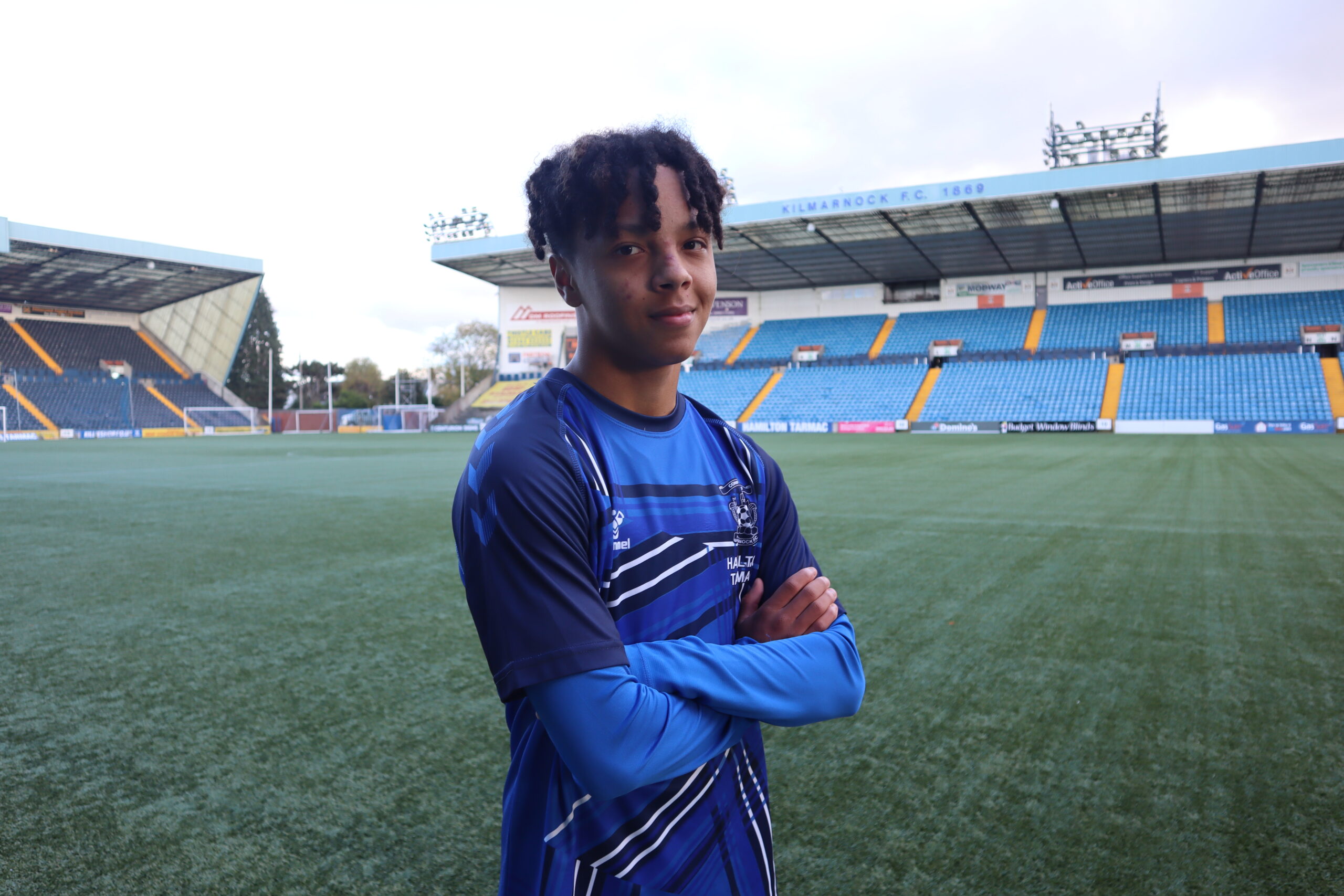 Gordon Gillen has another Killie Histories cracker as he interviews fan favourite Pat Nevin all about his magical season at Rugby Park. Arbroath ‘keeper and Killie coach Derek Gaston insists there’ll be no split loyalties in our next clash with the Red Lichties, while Dylan McGowan takes us on a journey round the world as reflects on a football life plying his trade in many countries across the planet.

Richard Cairns’ legendary Killie Quiz is here, while club historian John Livingston digs into the story of memorable clashes against our November opponents. 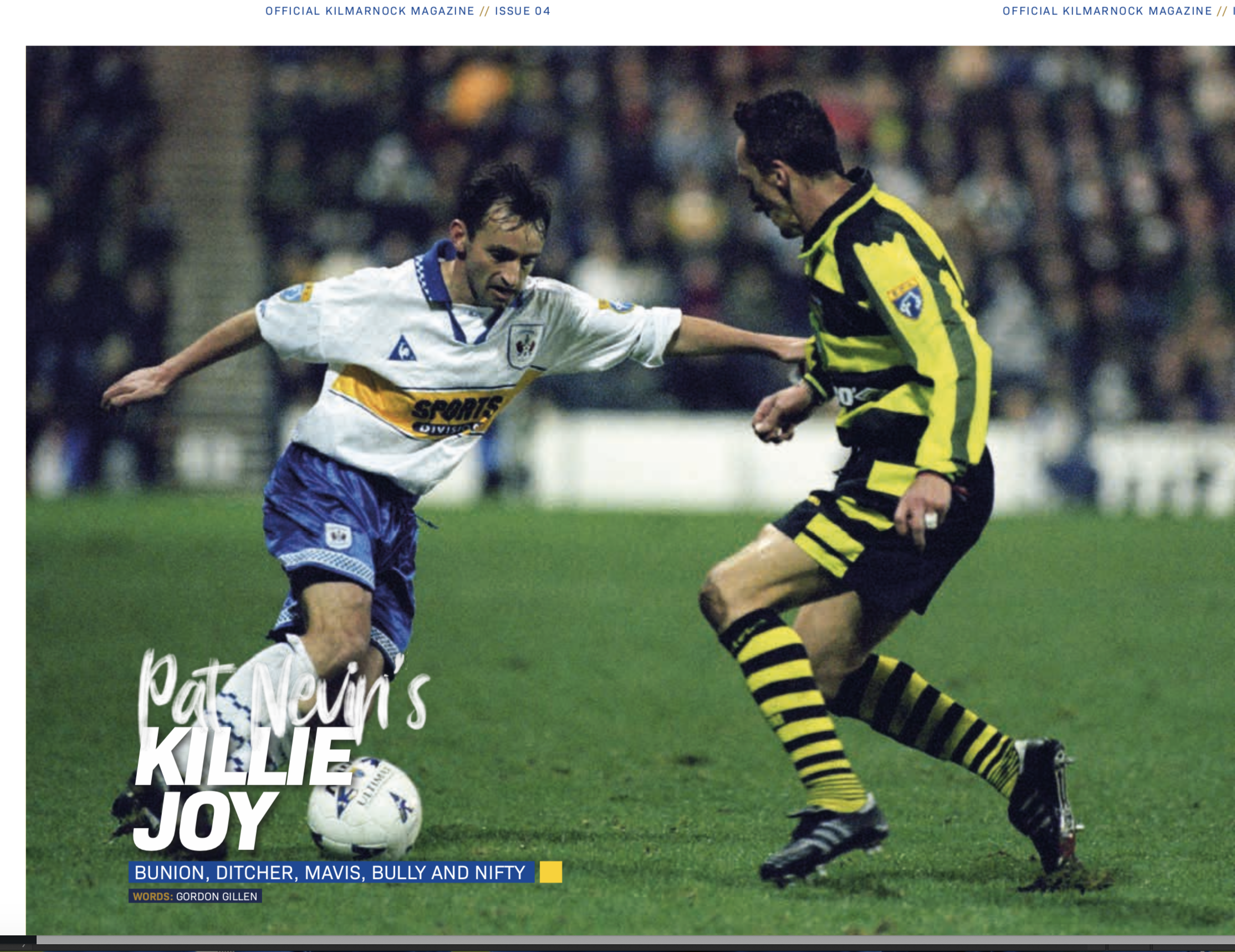