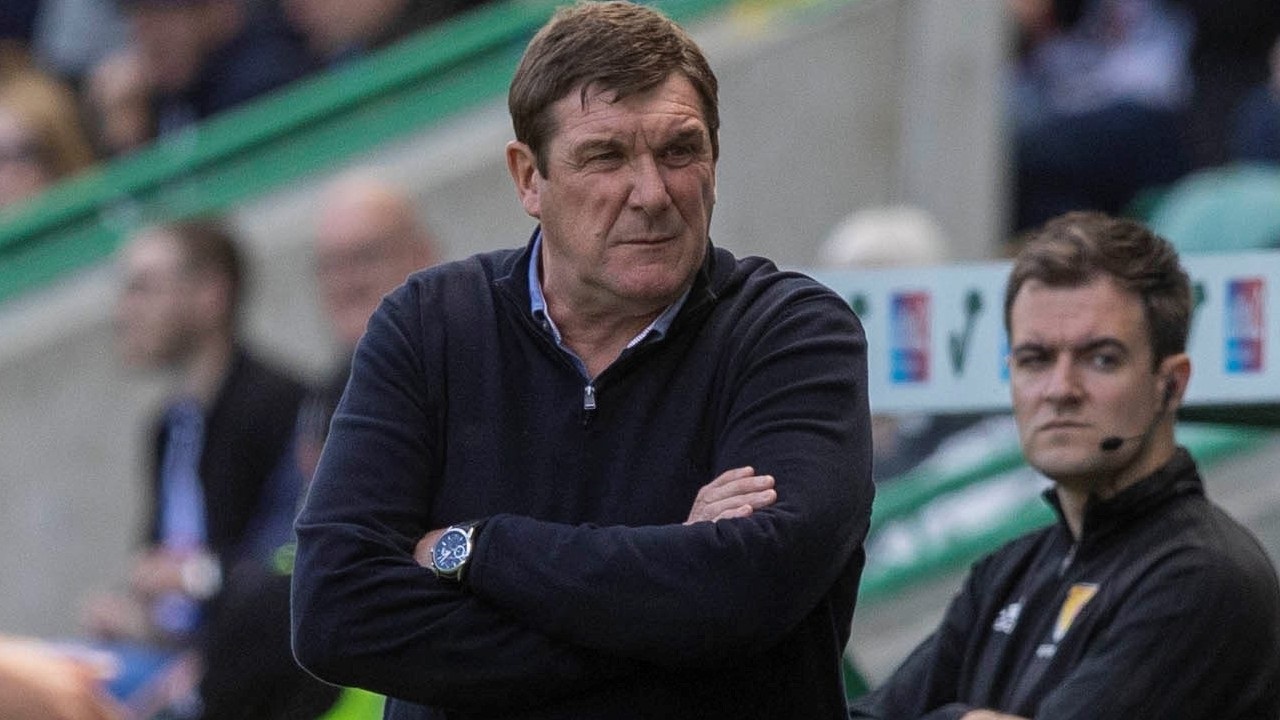 Tommy Wright says he may need to rethink his end of window transfer plans after seeing some of his Killie stars pick up knocks over the past week.

After seeing his side knocked out of the Premier Sports Cup by Hibernian, the manager gave his reaction to Killie TV in a game which saw captain Chris Stokes carried off the field with a hamstring injury. 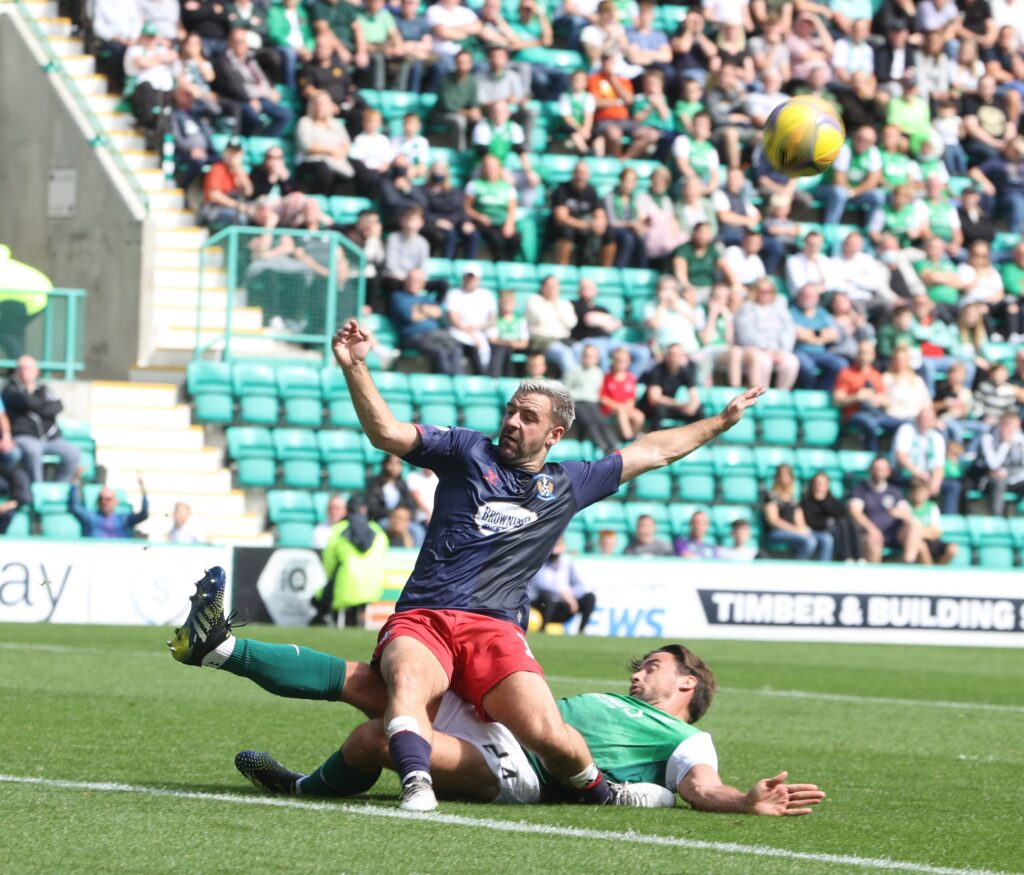 “We’re hurting. We’ve lost the game and gone out of the cup. It was a game we were in for long periods, particularly in the first half, we had the better chances. We made a few opportunities and forced corners.

“I think if Robbo [Scott Robinson] was another couple of weeks down the line in terms of match sharpness then he maybe goes around the goalkeeper in that situation. Liam Polworth was unlucky with his shot so I do think we edged the first half but we didn’t start the second half as well as I’d have liked.

“We conceded a poor goal and gave far too much space to Hibs and then we got a good reaction. We created a couple of opportunities and Liam forces a good save from the goalkeeper but we couldn’t get back in the game.

“The second goal is poor again from us , we can’t just run and leave that space in behind when there’s no pressure on the ball. There are things we have to do better but overall, it was a decent performance but obviously not good enough to win.” 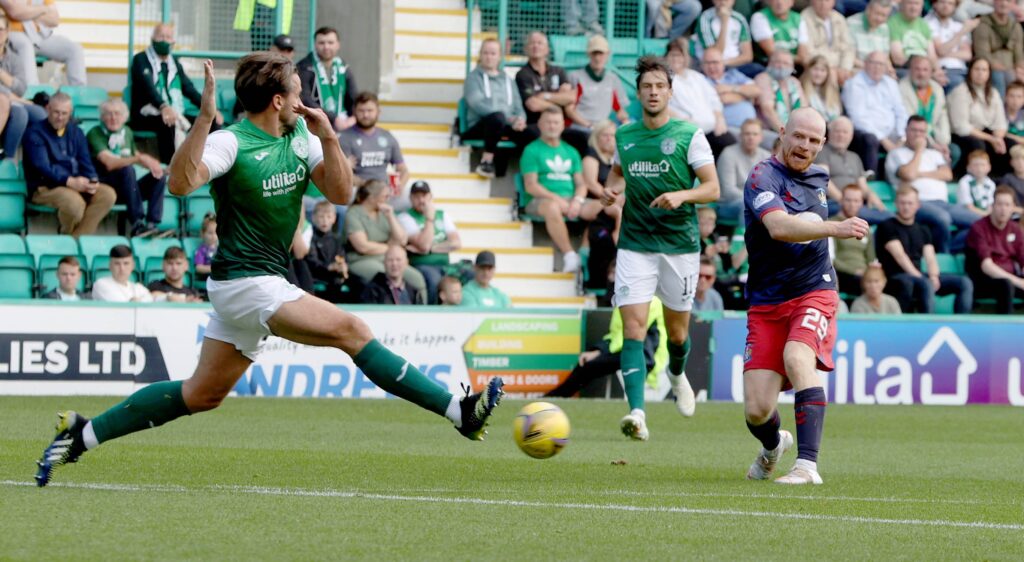 “We talked and prepared all week and we didn’t feel that there is a huge gulf between the two teams and I think the first half bore that out.

“The main thing for us is to learn from it because when you go up against this sort of quality, particularly the front four they have – we have to concentrate and make the right decisions throughout the game and we didn’t do that. And so we ended up not doing enough in the second half.

“I’ve said to them that I don’t want to be a manager who says well done for getting beat. We have to learn from it and hopefully we will.”

Super Killie Away Support in the capital

“I thought the fans were magnificent and we will move forward together.” 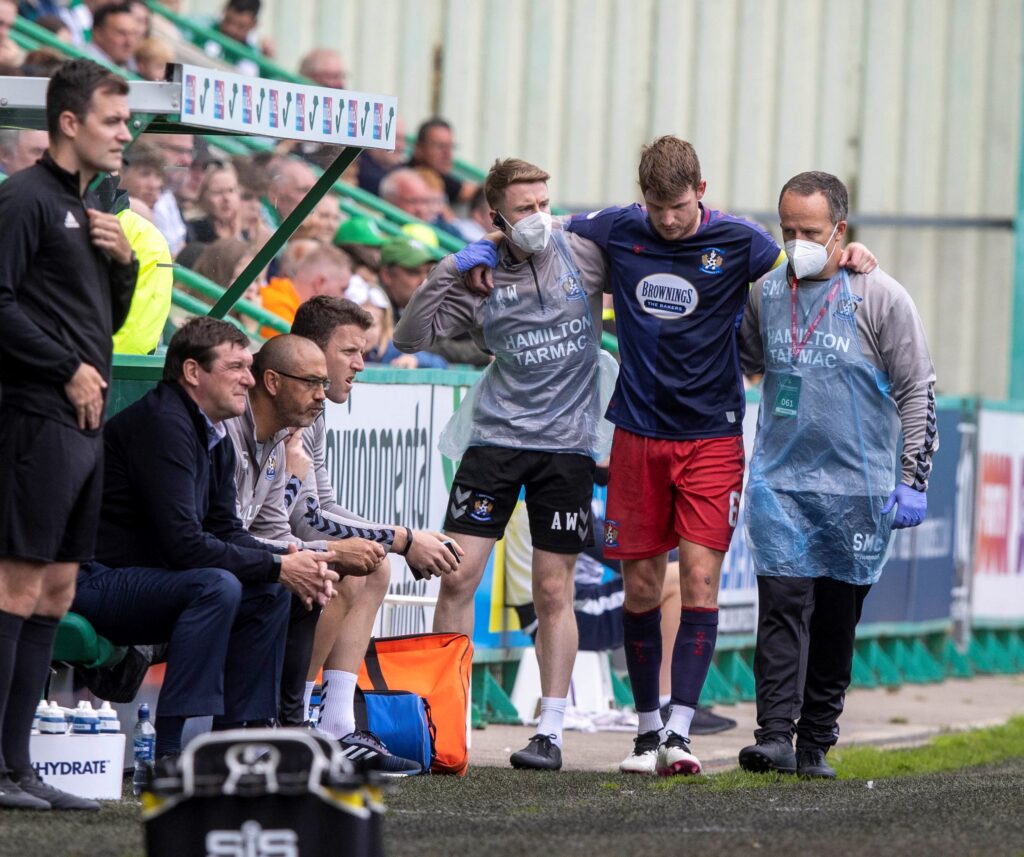 The Killie captain hit the deck in agony as he stretched for a pass and had to be helped from the field of play.

“Fraser Murray took a bang to the foot but I think he should be alright for next week v Hamilton and now Stokesy. When they pull up that quickly, it looks a bad one. We’ll assess it over the next couple of days and obviously update everyone about that later on.”

Will injuries prompt movement in the market? 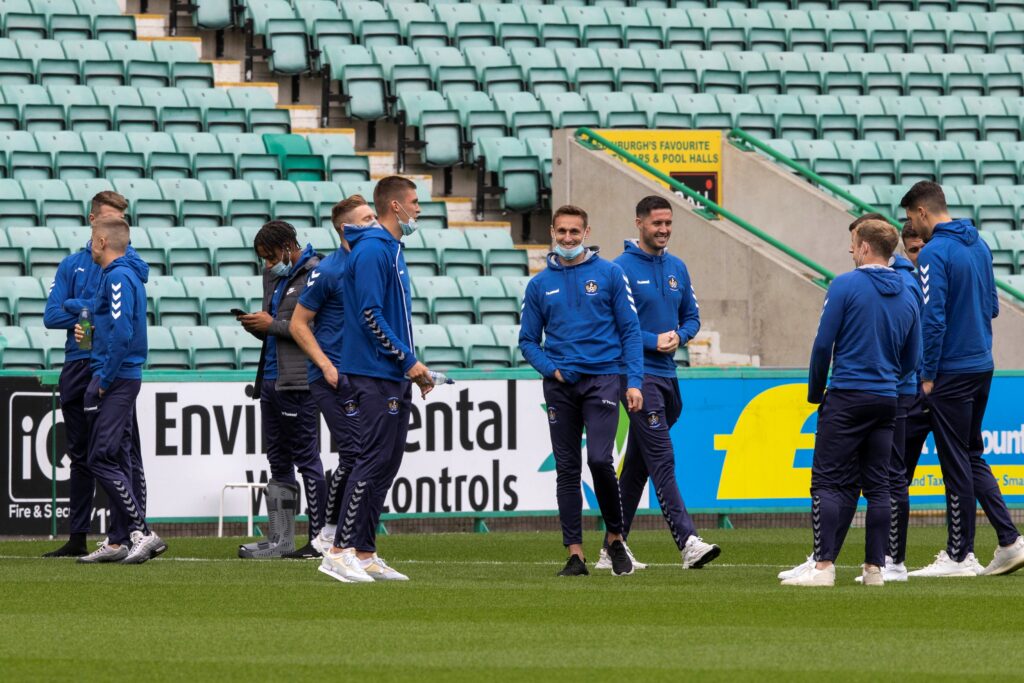 “Yeah probably. The news wasn’t good in terms of Rumarn’s scan and we’re waiting for a consultant to decide what we do and whether he needs an operation or not.

“It’s really disappointing for the player but he just rolled his ankle in training. I will have a meeting with James [Fowler, head of football operations] and the Board and see what we can do.

“It may mean that we need to bring two in rather than the one that I thought I would need.”