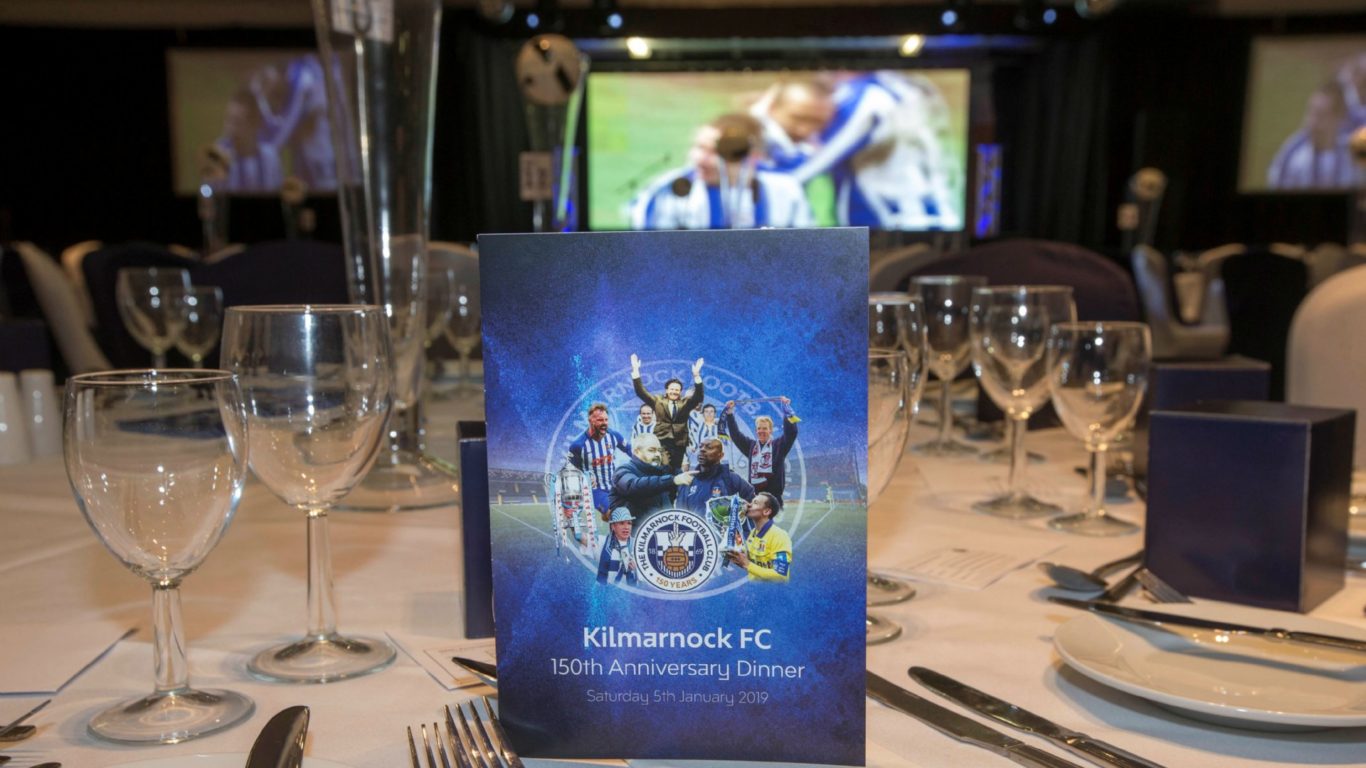 Supporters and club legends gathered to celebrate the first of Kilmarnock FC's 150th Anniversary events with a dinner at The Park Hotel.

Run in association with the Kilmarnock FC Supporters' Association, over 300 people were present to celebrate 150 years to the day since a meeting was held at Robertson's Temperance Hotel on January 5, 1869.

The audience were treated to messages from Steve Clarke, club captain Kris Boyd as well as the first viewing of our new 150th Anniversary video before dinner was served.

A raffle and Q+A followed before speakers Gordon Sherry and Robbie Duncan entertained the crowd with Kilmarnock FC director Cathy Jamieson delivering a Vote of Thanks including to sponsors Precision Tooling.

The night ended with a video message from Marie Osmond before an emotional rendition of Paper Roses.

See the best pictures from Jeff Holmes, who kindly provided images on the night and we would like to thank Jeff for his service to the club.