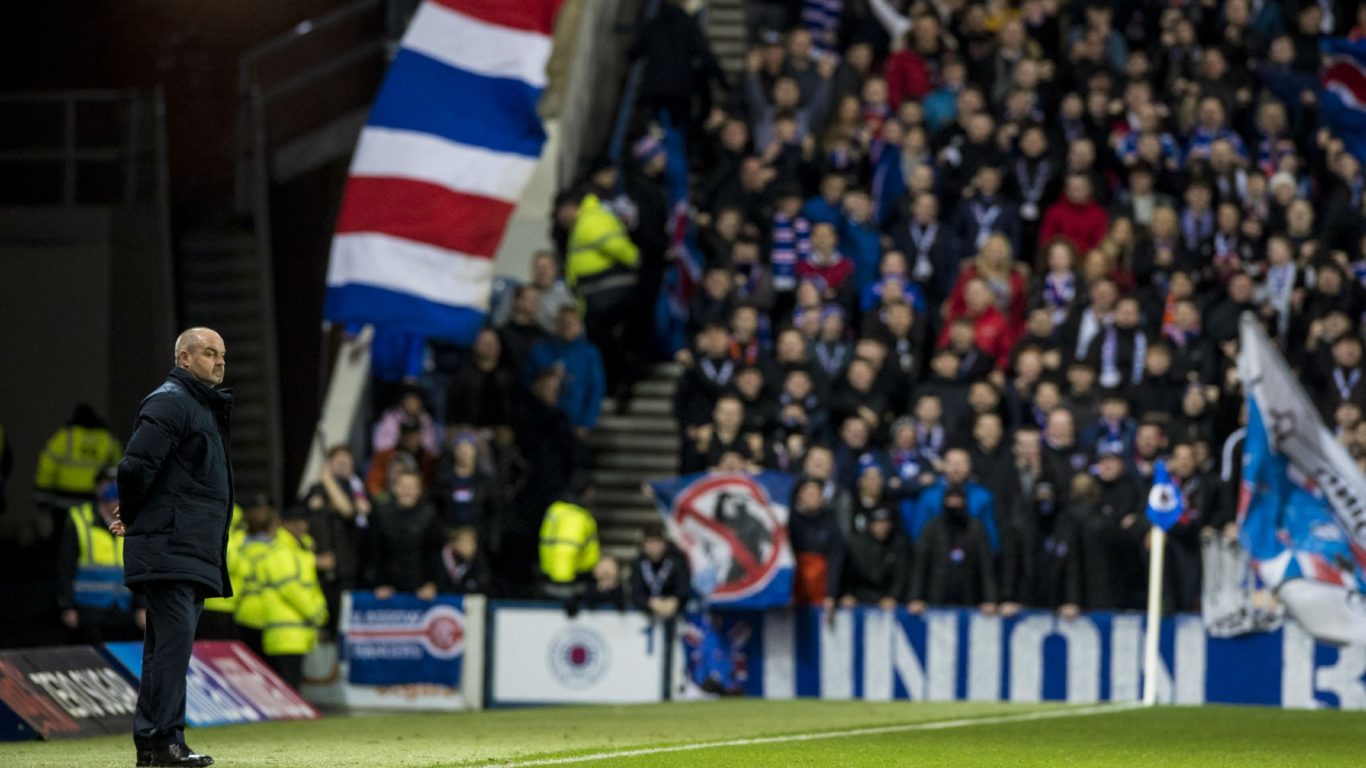 Daniel Bachmann was sent off for Killie after the Ayrshire side had been denied a penalty in the opening stages of the game when Eamonn Brophy appeared to be fouled by Joe Worrall.

Alfredo Morelos scored four goals while Andy Halliday came off the bench to find the net as Killie’s dreams of cup glory came to an end.

After the match, the manager spoke about a number of issues.

Calls from the officials

‘If the penalty had been given in the first two minutes it would have been different. The red card is a joke.

‘It’s a joke. If that’s the standards we might as well go home. Why speak? It’s every week, every other week. Why?

‘The goalie just lifted his arms. Every goalie does it every week. It’s embarrassing.

‘I’m talking in general. Bad decisions. All we talk about is our refs. How can I talk about football tonight?

On abuse from the Ibrox crowd

‘We’re living in the dark ages. They’re not allowed to call my assistant a black b but they can call me a Fenian b******. Is that correct? What are we doing in Scotland

‘I wake up every morning and I thank Chelsea for taking me away from the West. My children have nothing to do this with this thankfully. My children and grandchildren.

‘It’s fantastic to be back in Scotland.’