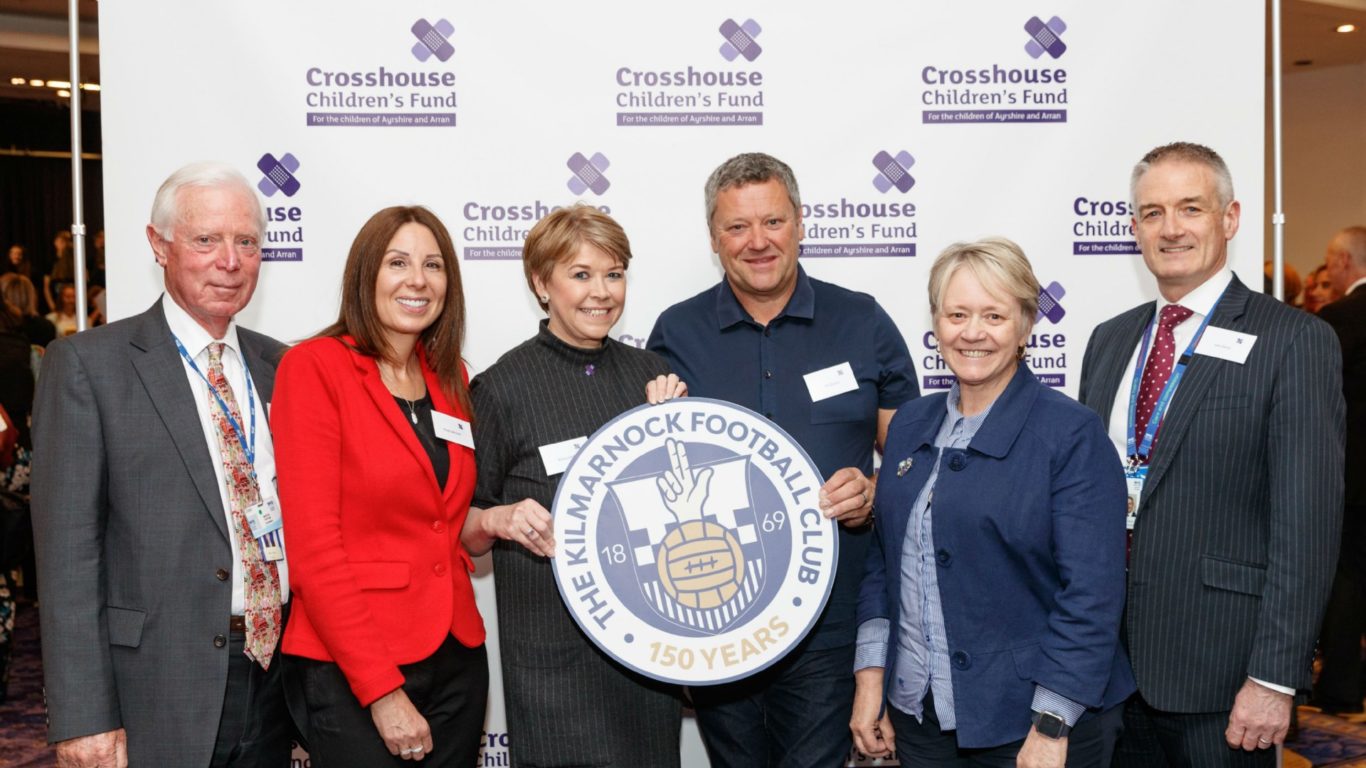 Kilmarnock FC is delighted to unveil the new Crosshouse Children’s Fund as our second charity partner for Season 2019/20.

The KCST will remain as a continuing charity partner, as the Club’s main strand for all community activity, but we are delighted to welcome Crosshouse Children’s Fund to the Killie Family. The partnership was unveiled at the Charity’s official launch event on Thursday 23rd May at the Park Hotel.

The Fund is held by Glasgow Children’s Hospital Charity, which has raised more than £30M for the children’s hospital and related services in Glasgow, and is expanding its reach to support more children across the west of Scotland.

Having built a strong relationship with the children’s units at University Hospital Crosshouse, we are delighted that the Fund is getting behind them to help parents and children collectively. Our Board of Directors were so impressed with the work that they have done in Glasgow at Yorkhill until 2015, and subsequently at their new campus, the Royal Hospital for Sick Children.

Director Phyllis McLeish added: “As a Trustee on the KCST, it was really important for us to choose a charity that both the club and the KCST could get behind and support. I’m so excited that Glasgow Children’s Hospital Charity has decided to branch out to Ayrshire and invest in Crosshouse Hospital, and the Ayrshire Maternity and Neonatal Units. The work they have done in Glasgow’s Royal Hospital for Children and formerly Yorkhill is really ground-breaking.

“The support that they give parents and children is invaluable, as there’s nothing more frightening for any parent than having to cope with a sick child. We really look forward to supporting them throughout next season and urge our fans to get behind the Charity with their new venture to help children all over Ayrshire.”

Glasgow Children’s Hospital Charity Chief Executive Shona Cardle said: “We are thrilled to have the support of Kilmarnock FC with this exciting charity partnership, and would like to thank everyone at the Club for their enthusiastic support.

“Crosshouse Children’s Fund will give the people of Ayrshire and Arran the opportunity to support children in hospital from their local communities. The Fund will raise money to ensure that babies, children and young people from across Ayrshire have the best possible care and experience in hospital, by funding enhancements to equipment, services and resources for children and their families.

“The support of Kilmarnock FC will be invaluable as we kick-start our fundraising in Ayrshire, and we are very grateful to everyone at the Club for their support.”

With plenty of exciting ideas already planned with the charity for the beginning of next season, stay tuned for much more to come.