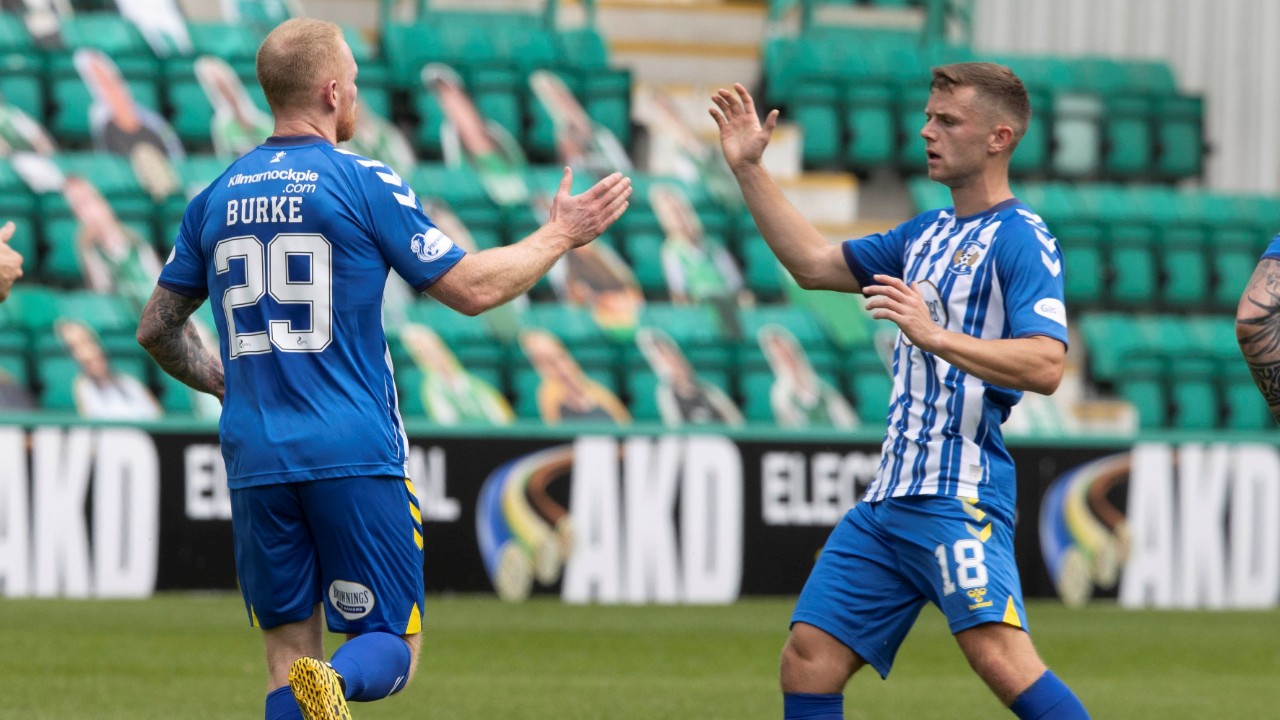 An early goal of the season contender from Chris Burke couldn’t stop Killie going down to a Martin Boyle double on the opening day in the capital.

The first game of the season always comes with a sense of intrigue over exactly how the manager will set out his side and this was no exception.

Jake Eastwood claimed his place in goal just two days after arriving on loan from Sheffield United while Aaron Tshibola started less than 24 hours after sealing his return for a third spell.

Killie almost made the perfect return to action as Ross Millen’s delightful cross from the right narrowly avoided the attention of both Kabamba and McKenzie.

And Hibs made the visitors pay as Nisbet played a tempting through pass to Martin Boyle and the Australian international took the ball past the onrushing Eastwood and placed the ball into the net.

Our hopes were restored just minutes before the interval as good work from Greg Kiltie won a free kick around 30 yards from goal and Chris Burke produced a magical free-kick which found the top corner.

The Killie boss was forced into a change at the interval as Eastwood pulled his quad and was replaced by Danny Rogers.

Burke continued to be the main creative presence in the Killie side and his crossing from the right continued to cause issues for the Hibernian defence.

Rory McKenzie saw one effort blocked while substitute Danny Whitehall went close in the late stages with a looping header from Millen’s cross.

There was to be no equaliser though as Killie left the capital knowing they had been punished for two costly mistakes.