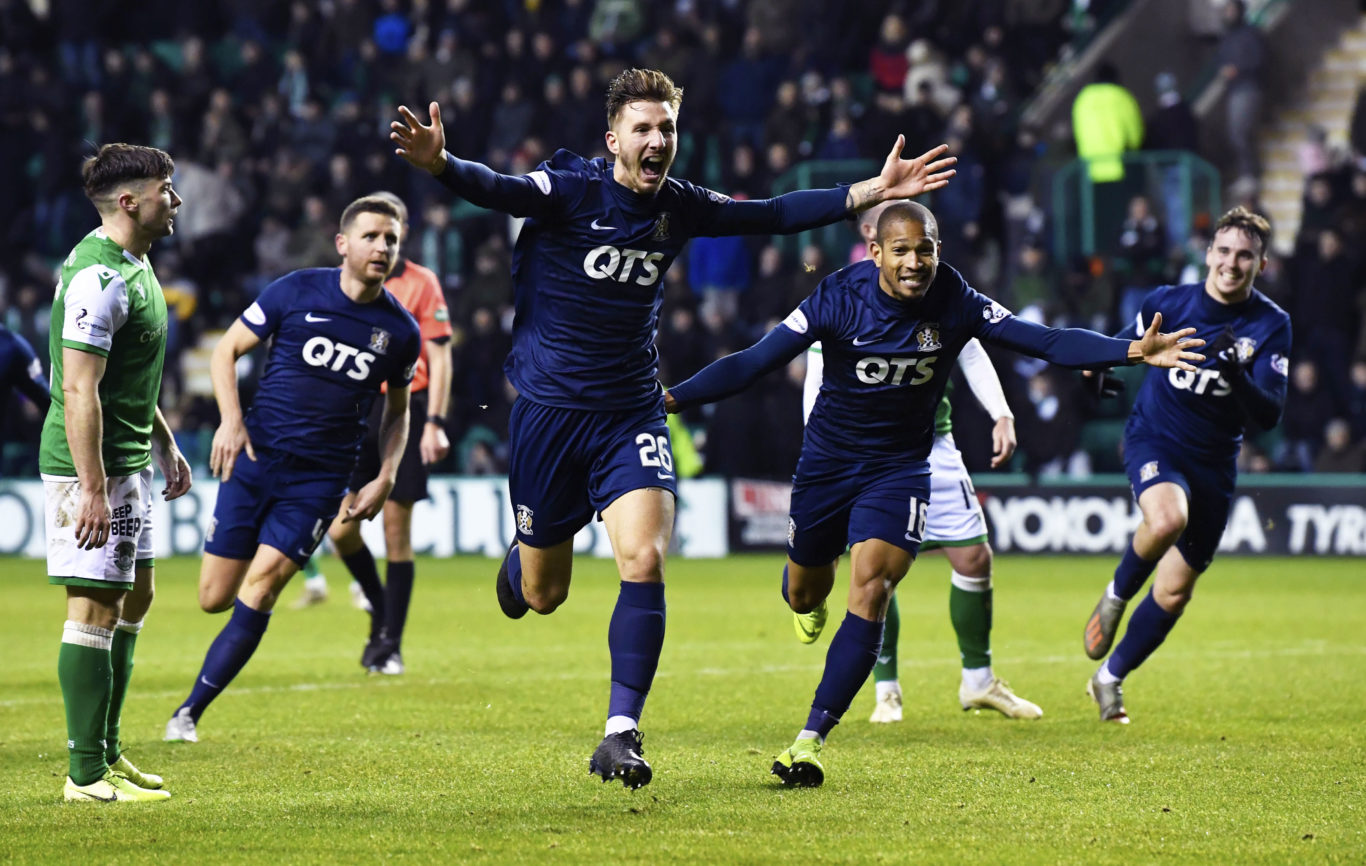 Kilmarnock escaped Edinburgh with a point after Dario Del Fabro scored  deep into the dying minutes of the game.

Alex Bruce pulled one back in the second-half after Hibs’ two initial goals handed them the lead, but a never-say-die Killie team ensured Angelo Alessio’s boys return to Ayrshire with a result.

Clearly brimming from the energy of new Head Coach Jack Ross, Hibs looked sharp and slick in attack, Florian Kamberi marshalling the attack well as he twisted and turned in the probe for an opener.

Such neat interplay cut Killie open several times as Bruce and Del Fabro were forced to mop up, but Hibs’ persistence in attack was eventually rewarded after 18 minutes: Christian Doidge firing the home side into the lead after a looping ball beat Branescu.

Branescu had a busy first half between the posts, twice producing great stretching saves to deny both Doidge and Melker Hallberg as Killie were made to pay for their slackness.

Into the second-half, and Hibs came flying out of the traps – hitting Killie with whirlwind attacks, a Jason Naismith goal  landing the decisive punch as the full-back unleashed a powerful shot high into the net after being picked out with a laser-accurate ball.

Killie were left howling in frustration as Rory McKenzie battled his way to within touching distance of goal, but his effort was palmed to safety by Chris Maxwell in the Hibs goal.

Those howls were turned into shrieks of joy on 65 minutes as Alex Bruce pulled one back, the centre-back forcing Del Fabro’s headed effort on goal onto the floor before he thumped the ball home.

With the bit between their teeth, the game explode into life as the game raged from end to end with barely a breath to spare, Branescu frequently being called into action as Hibs fought to protect their lead.

A golden opportunity to equalise presented itself to Chris Burke: a fine Millar ball picked out an oncoming Burke, but the veteran winger couldn’t connect ball to boot.

The moment of glory arrived with just seconds to spare, Dario Del Fabro tapped the ball home in the goalmouth scramble to ensure Killie leave Leith with at least a point.