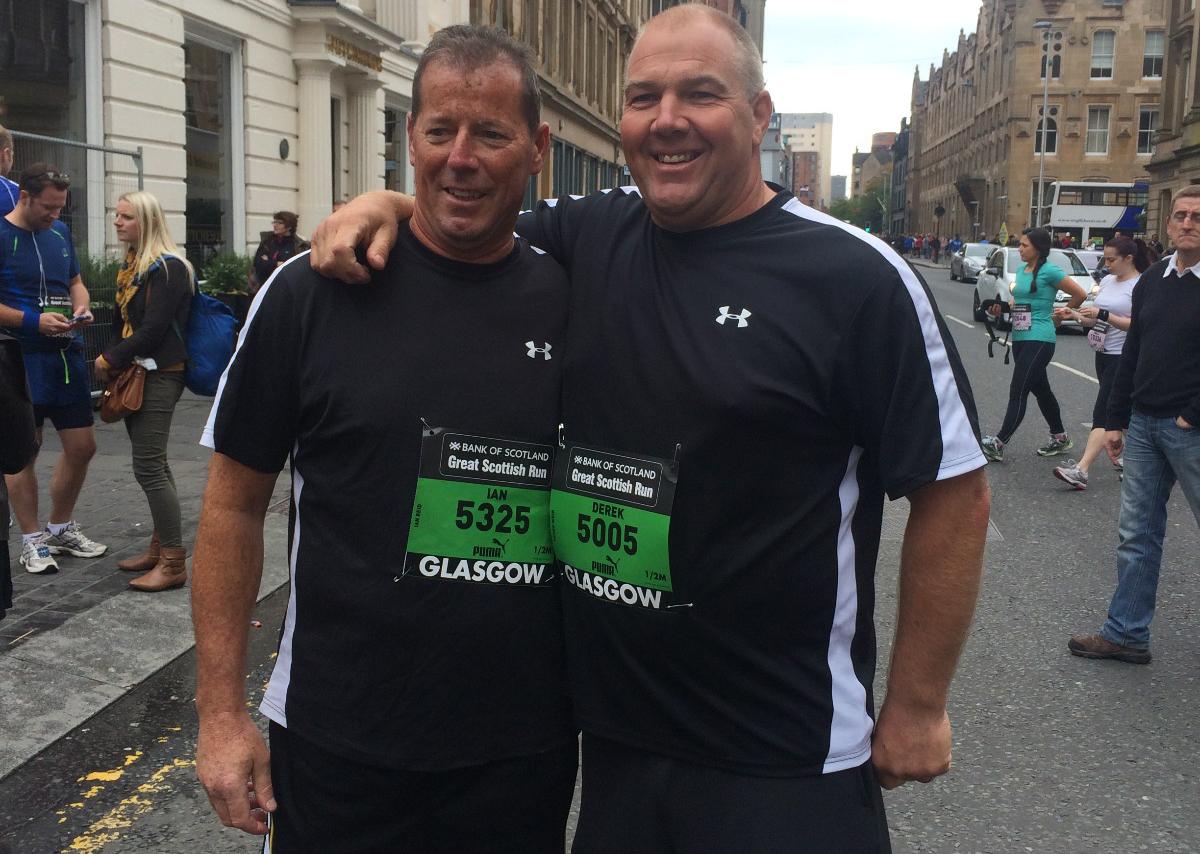 Blood, sweat and tears – there’s a hell of a lot that goes into making the Kilmarnock Community Sports Trust tick.

With so many great programmes helping people of all ages across Ayrshire, the work that Paul Di Giacomo and his team do is truly transformative.

Perhaps one of the most touching projects that the KCST has undertaken is their ‘Football Memories’ programme: a regular meeting of people suffering from dementia who can reminisce about all things Killie and Scottish football by looking at programmes and memorabilia of yesteryear.

It’s wonderful work, and with a Killie pie at half-time – people who come along have plenty to enjoy.

And now, two supporters of the Football Memories programme will be pulling on their trainers and running the Great Scottish half-marathon on 29th September to raise funds for the KCST.

Derek Weir and Ian Reid are two life-long Killie supporters: with both having been involved with the club for many years as volunteer and employee respectively. Their mission is to raise 1,869 pounds by the day of their run in support of the football memories programme.

Both Derek and Ian have felt the personal impact of dementia on a loved one, and hope that funds raised can help the work done by KCST go from strength-to-strength.

“Myself and Ian have both had family members suffer from dementia,” Derek told us.

“We’re both big supporters of the KCST’s Football Memories work. I’ve done marathons and such before, and having turned 50 in May, ten years since my last one, it was time to do another.

“We wanted to support dementia work, but didn’t want to give it to a national charity where our money would be thrown into a big pot.

“I wanted to keep it local. We spoke to Jacko and Grant Moore at KCST and they reassured us all funds raised would be ring-fenced – helping to pay for tea, coffee and pies.

“A lot of these people who are in a care home are stuck, people with dementia need stuff like this.”

With 74% of their fundraising target achieved: Derek and Ian need one last helping hand from Killie fans everywhere to help them reach that magic 1869 figure.

They’ve put in the hard yards night after night over the past few months, parking up at Rugby Park and departing from there to begin the long walk to marathon fitness.

It’s an incredible amount of effort: and if you want to support them and the remarkable work done by KCST to help people suffering from dementia – you can donate from a sheet in the Killie Shop, or you cam visit their Crowdfunding page here: