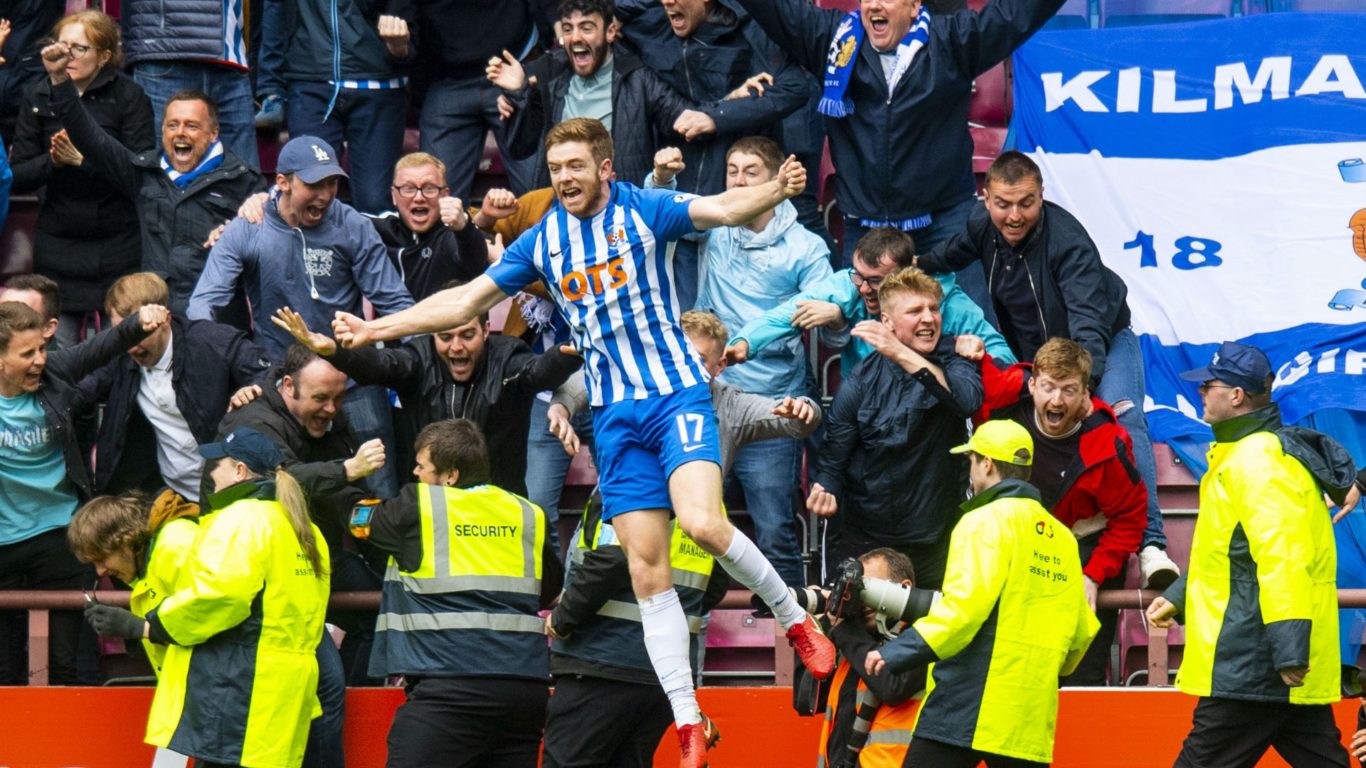 The central defender sparked wild scenes of celebration among the 1,384 Killie crowd with a fantastic strike into the corner after 86 minutes of a tough encounter in the capital.

Findlay was restored to the starting XI after serving his one-match suspension last week and he capped off an incredible seven days in style after picking up the Players’ Player of the Year award on Thursday.

In what was always likely to be a clash full on endeavour, Eamonn Brophy stung the palms of Bobby Zlamal after fine work by Rory McKenzie on the right. The Hearts goalkeeper had to be sharp to deny Brophy again from distance after the Killie forward found space outside the area.

John Souttar showed exactly why he is one of Scotland’s most promising defenders with a wonderful late interception to deny Liam Millar at the back post as Killie were frustrated in their attempts to find the opening goal.

Hearts had chances of their own with the best coming following a mix up between Alex Bruce and Dan Bachmann but as Uche looked to capitalise, Bruce got back and blocked the ball.

Steve Clarke saw two of his central midfielders booked during a hard-fought first 45 minutes with Alan power and Gary Dicker penalised for fouls but both kept their discipline in a physical match.

Eamonn Brophy struck the post following another good run down the left by Millar while Alex Bruce spurned a strong headed opportunity in the second period.

The Killie defence were holding firm as Hearts’ squad aimed to impress manager Craig Levein with a Scottish Cup final appearance looming on the horizon.

And as it looked to be heading towards a 0-0 draw, Killie’s breakthrough came.

An excellent run into the box by Mulumbu, saw him twist and turn before laying it off. The Congo midfielder’s flicked header deflected into the path of Findlay and he unleashed an unstoppable strike into the corner before Zlamal could move.

A sea of blue and white rose in celebration as Findlay lapped up the acclaim to the full.

As Hearts tried to find a way back, Killie fought back some late attacks before seeing out the game in style to rise to third in the table with just two matches left to play in what has been a pulsating season.