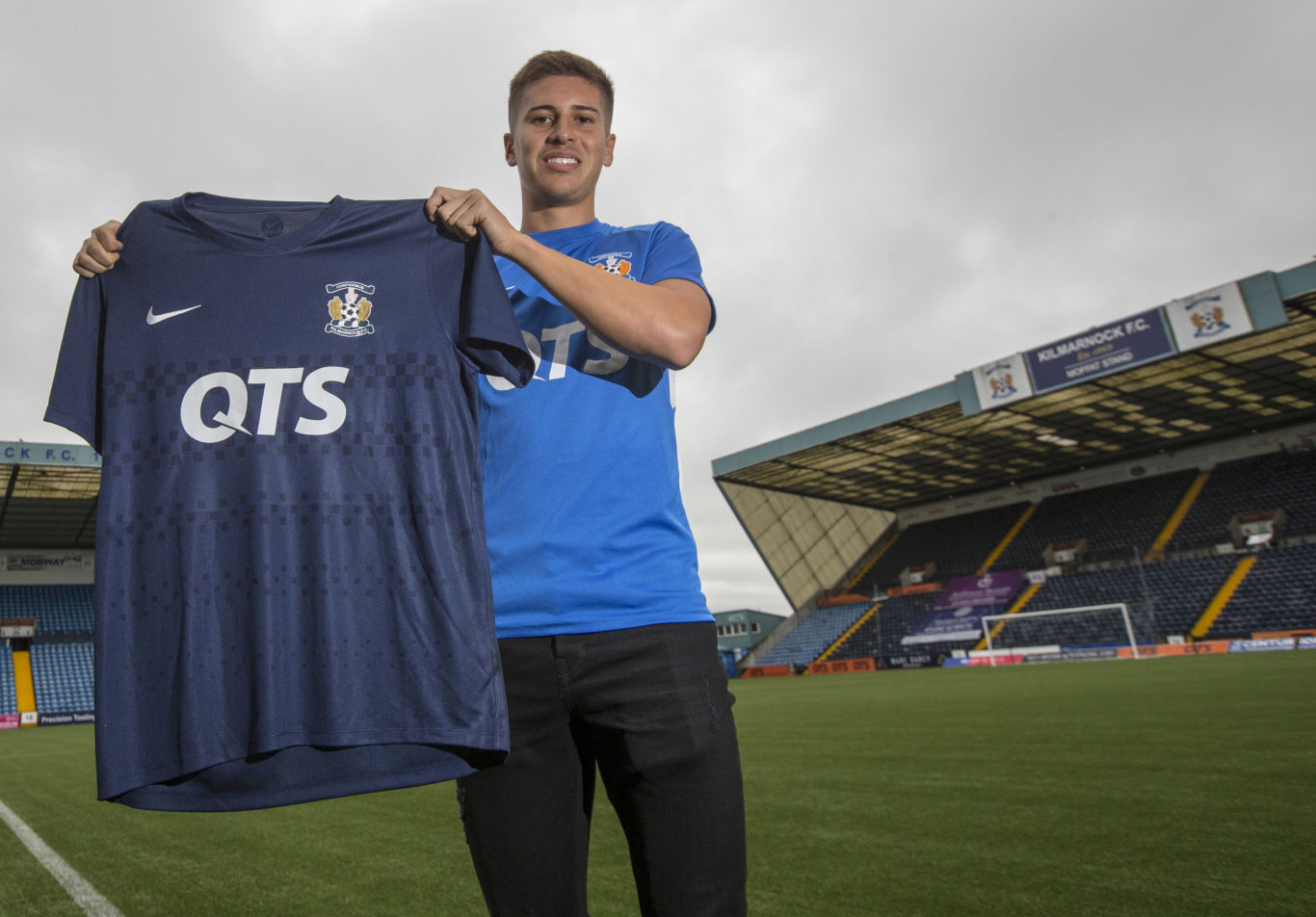 Harvey St. Clair has revealed the attraction of working with Angelo Alessio again was a big part in his decision to move to Ayrshire.

The Venezia and Scotland U21 forward made the Rugby Park switch late on in deadline day, and having worked with the gaffer early in his career as a Chelsea youth player – the opportunity for a reunion wasn’t one he turned down.

“I’m really happy to be back closer to home, and I can’t wait to get started with all the boys,” he told Killie TV.

“I spoke to the manager who I knew from my time at Chelsea and It just felt like the right place to be.

“After I got back from pre-season in Italy, I heard about the offer to go to Killie. It all happened so fast – I’m just very happy to be here.”

Swapping the tactical nature of Serie B for the rough and tumble of the Scottish Premiership is quite a move – but its one that Harvey knows he’ll need to adapt to.

“Yeah, Italy was a completely different world to what I’m used to,” he explained.

“The football in Italy is very tactical and technical. It has a physical edge as well, so some differences to Scotland. I know that it’s something I’ll have to adapt and get used to.

“I have a very attacking nature, but I’m also aware of my defensive responsibilities – and that’s something thats been enhanced by my time in Italy.

“The international break feels like the right time to come in; I’ll get the chance to get a weeks training in and get started.”