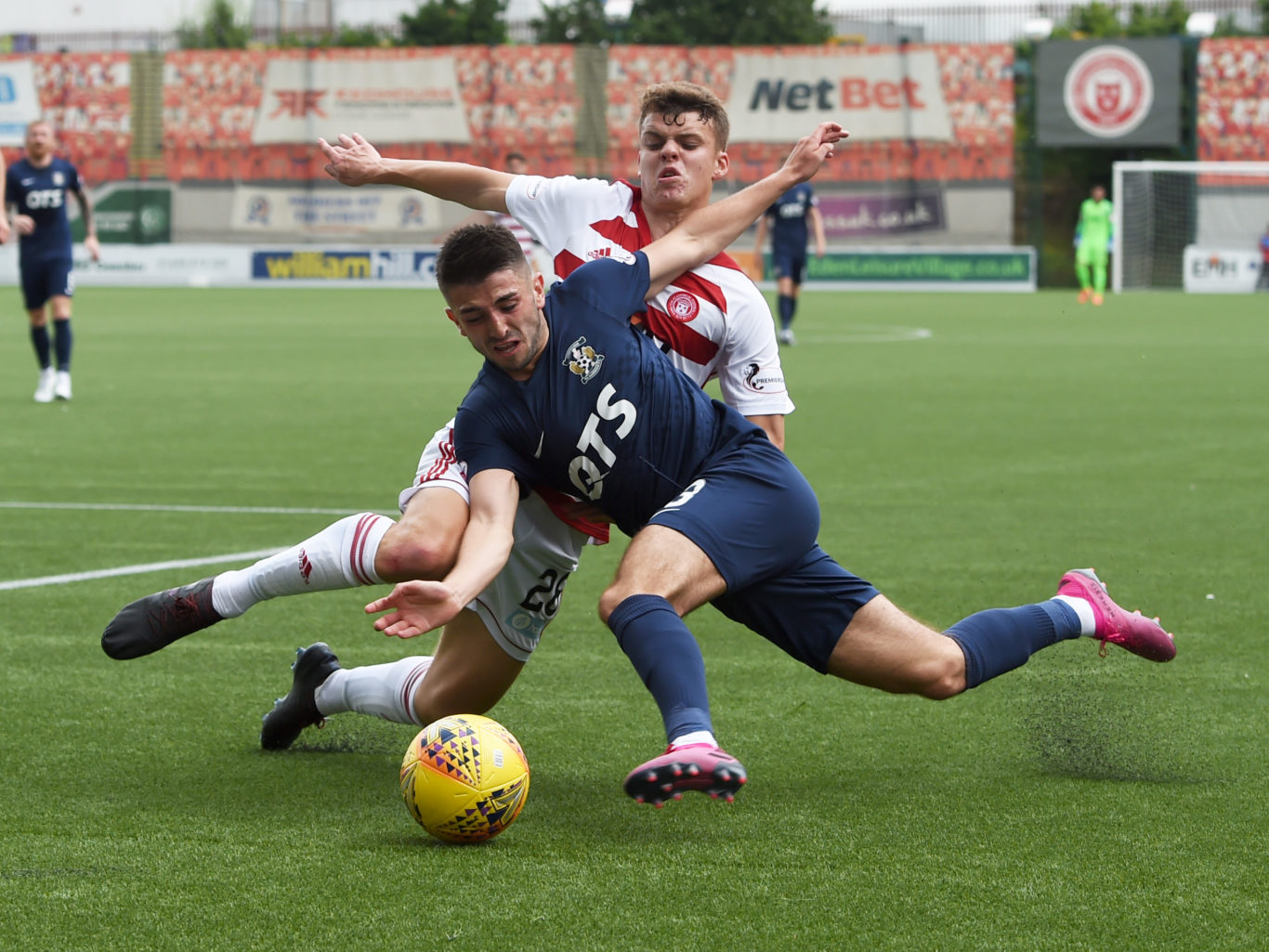 Killie were made to rue missed chances as they fell to a 2-0 defeat against Hamilton Academical at the FOYs Stadium.

Strikes in both halves were enough for the Lanarkshire side to claim the points, with next week’s Betfred Cup last 16 tie at Rugby Park the opportunity to make immediate amends.

The game sparked into life, Hamilton scoring against the run of play when Lewis Smith broke the deadlock on 21 minutes, getting onto a Aaron McGowan knock down before curling the ball past Branescu.

Fine interplay between Millar, making his second debut since returning on loan from Anfield, and Taylor teed up a corner; the resulting effort from Burke saw Broadfoot put a header inches wide of the post.

Killie just kept battering away at the Accies’ front door. A laser-accurate ball from Power picked out the marauding O’Donnell in prime position, whose massive strike forced Owain Fon Williams into action as the first-half drew to a close.

With the second-half underway, Accies took an early 2-0 lead after 50 minutes: George Oakley flicking the ball beyond Branescu following an Alston pass.

The home side had a strong appeal for a penalty after Stuart Findlay and Oakley got into a tangle in the area. Hamilton were then reduced to ten men, with Brian Easton handed his marching orders for a cynical tackle on Liam Millar who tried to break down the park.

Innes Cameron nearly made an immediate impact from the bench on 71 minutes after replacing Kirk Broadfoot: forcing a phenomenal reaction save from Fon Williams who palmed the ball to safety.

Alan Power produced a magnificent strike two minutes from time. Outside the box, a 25-yard howitzer seemed destined to sneak under the crossbar – with only another fine save from the Wales international keeping Killie at bay.

It wasn’t to be Kilmarnock’s day though, and we now turn our attention to next week’s cup clash.