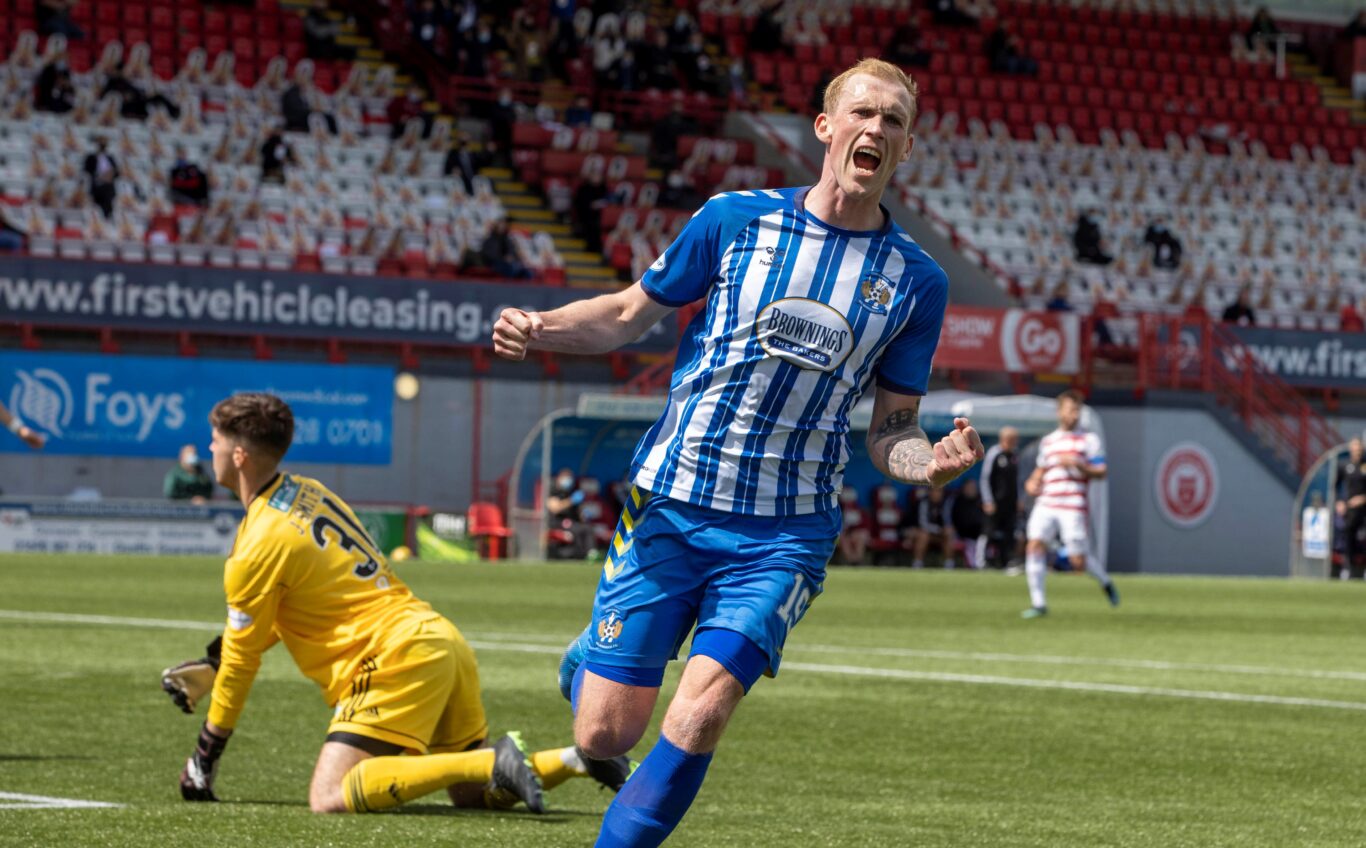 Killie face a play-off with Dundee to maintain our Premiership status despite running out 2-0 winners against Hamilton on the final day of the regular season.

A double from Mitch Pinnock ensured Killie claimed all three points against relegeated Accies but Ross County’s victory against Motherwell meant the Ayrshire men end the campaign in 11th place.

Pinnock gave Killie the lead, tapping home from Ross Millen’s cross after nine minutes and at that point things were looking good with Sam Foley putting Motherwell ahead in the other side of Lanarkshire.

Winger Pinnock doubled our lead right before the interval, sliding the ball in after being played in by Alan Power.

However County turned things around at Fir Park through Iain Vigurs and Michael Gardyne to leave matters out of our hands.

Pinnock was denied his hat-trick when Kyle Lafferty was brought down in the box with young Accies goalkeeper Jamie Smith stopping Pinnock’s spot kick.

We now face an away trip to Dens Park on Thursday (May 20) before hosting James McPake’s men on Monday, May 24