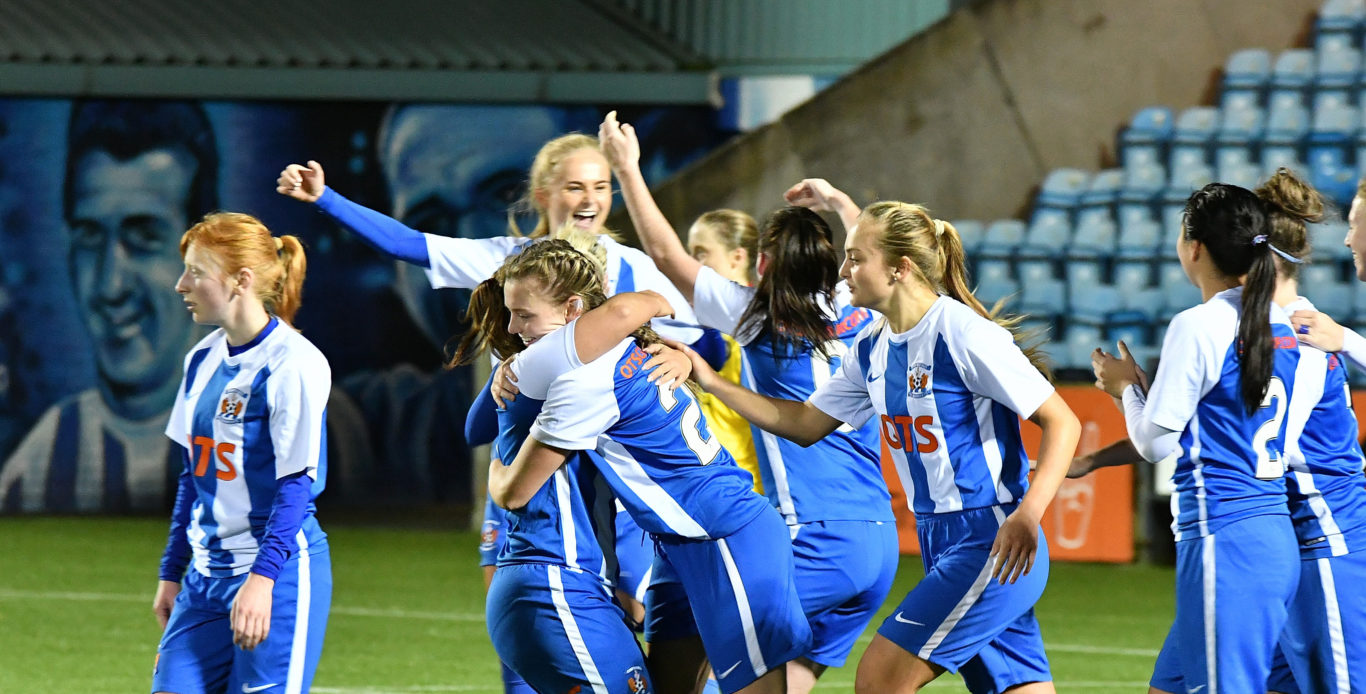 Goals from Clare Docherty and Amy Burrows saw Killie clinch a vitall three points that saw them go within a point of third-placed Thistle with a game in hand.

And after surviving a late penalty scare courtesy of an excellent Lauren McGregor save, Hall underlined the importance of the togetherness in his team.

“It was a superb performance more than anything else. Every single one of the girls tonight were brilliant,” he told the club’s official website.

“Lauren produced an absolute wonder save: not her first this season either! As soon as the striker took her shot, I just felt like she would save it.

“Every single player ran to her after, which says something in itself in my opinion.”

On a night where Killie were made to work for their result, they now have a bumper schedule to work their way through – starting with another test against Glasgow Girls at Rugby Park this Sunday.

Four games in twelve days is a hell of a challenge, but Hall says his side are ready to go for the avalanche of fixtures as they chase SWPL2 glory.

“It’s a good result ahead of our next game against Glasgow Girls in a busy schedule,” he added.

“It’ll be a tough game and a busy schedule, but we’re looking forward to it.”