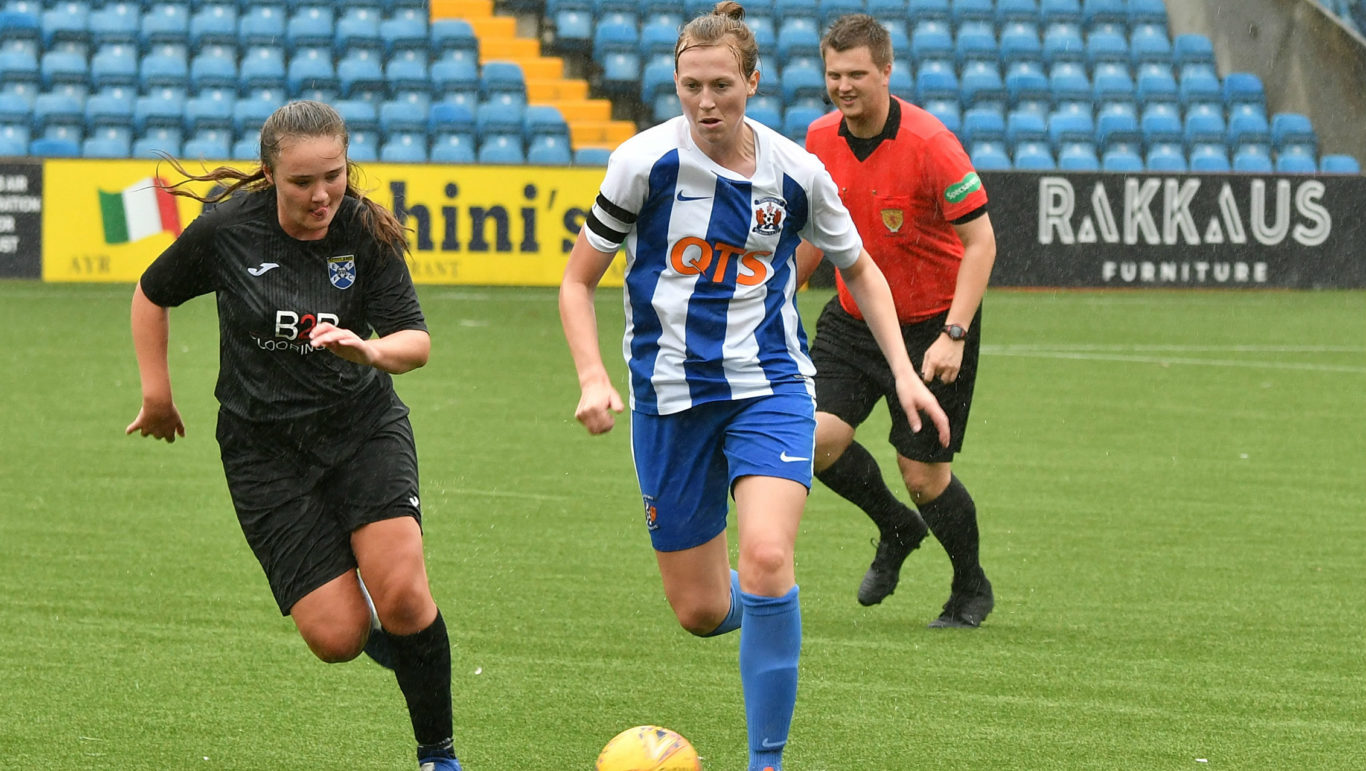 Stewart Hall says his FC Kilmarnock players want to make amends for their home humbling at the hands of Hearts earlier in the season as they face the league leaders this Sunday.

Having played Partick Thistle, Glasgow Girls and now Accies in the space of eight days, the team will be back in action at Rugby Park this Sunday (kick off 4pm).

And Hall says his team are determined to make amends following their 6-0 defeat at the hands of the Jam Tarts at the end of March.

He added: “We’ll get the girls in to recover and that is it but Sunday will be different. The last time Hearts came to Rugby Park we put in the worst performance of my time as manager.

“The girls have said themselves that they are determined to put in a performance against Hearts this weekend and hopefully the result can come with that.”

Hall couldn’t fault the effort of his FC Kilmarnock players as they went down 4-2 to title challengers Hamilton in their third match in the space of one week on Wednesday night.

Abby Robinson’s opening goal shocked Accies while sub Lisa Swanson pulled a goal back to give Killie hope at 3-2 before a superb shot from distance from Nichola Sturrock sealed the win for the home side.

Speaking after the match Hall felt falling behind on the stroke of half time had “killed” his team but he still found positives to take from an entertaining clash.

He said: “I’m gutted but the girls put in a great shift and the two goals we scored were brilliant. We’ve lost three sloppy goals and a wonder goal so it’s tough.

“The girls have been complaining that they don’t get enough from throw ins especially high up the park. Colette’s through ball was weighted perfectly and Abby’s finish was even better so I’m looking forward to watching that one back in analysis this week.”