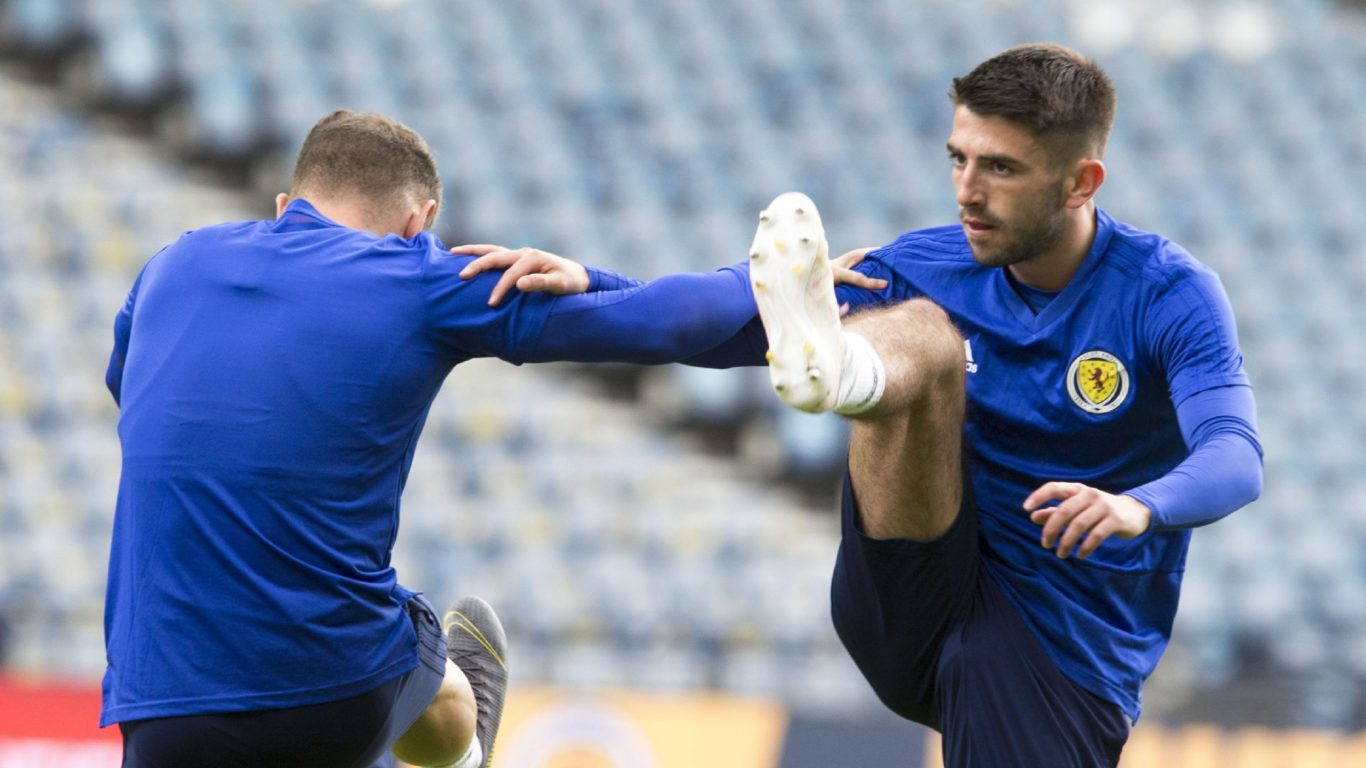 Greg Taylor made his Scotland debut as the national team went down 3-0 to Belgium in Brussels.

Steve Clarke handed the Killie defender his senior international bow after captain Andy Robertson was ruled out with a hamstring injury and the 21-year-old performed well against superstars Kevin De Bruyne and Eden Hazard.

After an excellent season at Rugby Park, Taylor formed part of a back four alongside Scott McKenna and Charlie Mulgrew as well as his Killie team-mate Stephen O’Donnell.

Romelu Lukaku headed the Belgians in front from Hazard’s cross in first-half stoppage time before the Man Utd striker doubled his advantage after the linesman failed to spot De Bruyne in an offside position in the build up.

Manchester City ace De Bruyne rounded matters off in the final minutes with a long-range strike to bring the action to a close.